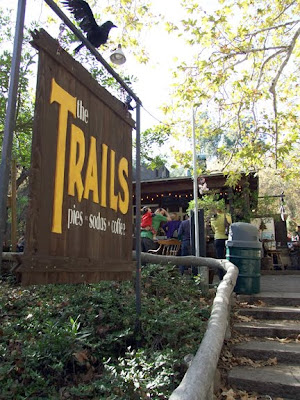 My first two years in Los Angeles were spent living in west Los Feliz at the base of the Hollywood Hills, a stone skip from Griffith Park. The shame is that I can probably count on my hands how many times in those years I made it up into the park. I read once about a gourmet snack shack nestled up there in the trees, but that quickly evaporated into the cloud of LA to-dos. Years later, now situated a few more stone skips south, I have finally embraced Griffith Park, hiking as many Sundays as I can with Julia up to the Observatory and back down. Our meeting place is Trails Café, that "snack shack" I had always meant to check out. 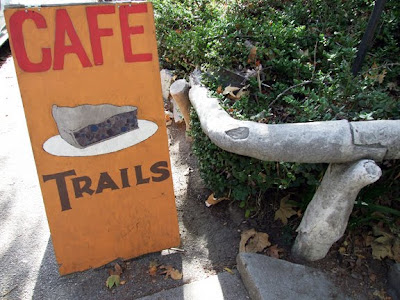 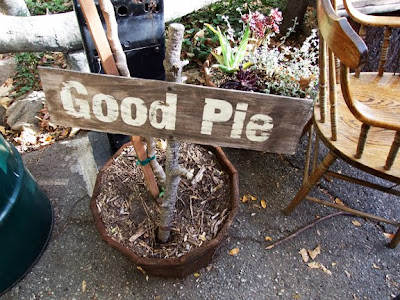 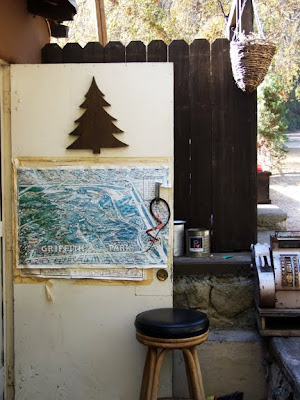 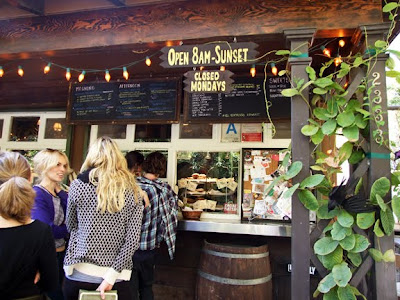 Truly a rustic little walk-up snack bar of yore, surrounded by lazy trees, picnic tables and trail heads, Trails wouldn't attract much attention on its own. But reputation plays a big part here, and word of mouth. The scene consists of a good number of hikers sure, but largely in-the-know east-siders spending their leisurely mornings somewhere a little more pleasant than a crowded coffee shop. It also doesn't hurt that Trails was opened by societal music producer Mickey Petralia (Flight of the Conchords, Beck). 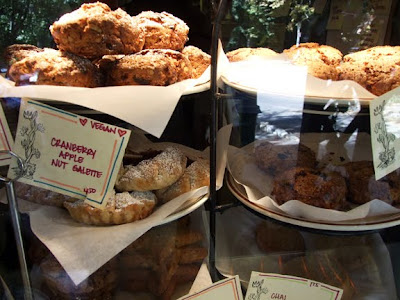 A glance at the Trails menu immediately lets you know this is not your typical state park snack bar. The food is largely of a sustainable vegetarian and vegan slant with a French bakery flair. The tarts, galettes, pies, scones and shortbread might make the post-exercise set uncomfortable - but the Lavendar Shortbread is worth the sin, you've earned it. The apple pie is a sight to behold. 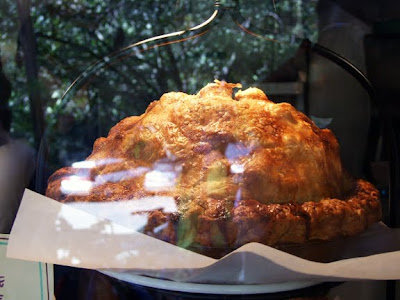 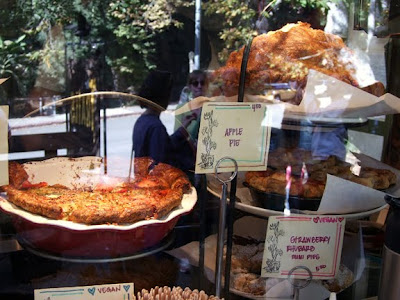 The menu's savories include an infamous vegan chili with blue cornbread, a sprouty avocado and veggie-bacon sandwich, quiche du jour, and "snake dogs" (pastry-wrapped hot dogs on a stick). 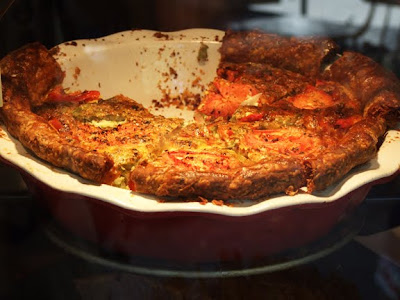 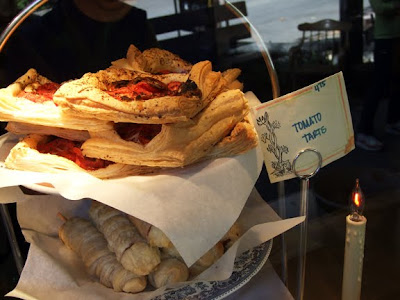 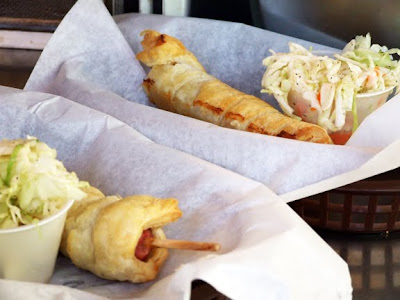 While everything I've had at Trails has been lovely, the portions are on the small side and tend to leave my post-workout hunger unsated. Especially at the price point (a small snack and beverage will likely run you more than $10). Yet I return, perhaps for the ambiance, or the convenient locale for an exercise reward. Or because, despite these things, I just love to be there. Besides, where else in LA can you sit in the sun, in the forest, and have free wi-fi? 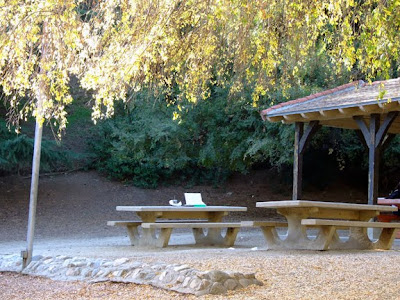 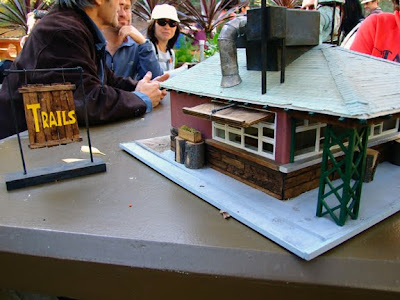