The book is out! Pick it up at Blurb.com! 100% of all profits benefit AmeriCares Japan tsumani relief. I am so proud to be a part of this project. Thank you everyone for your continuing support. 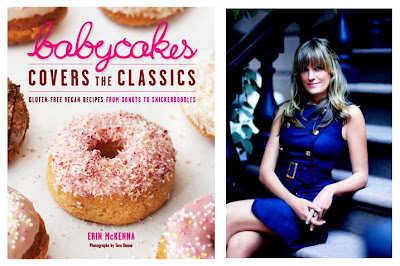 If you've EVER followed my blog for more than like a second then you know that I'm a faithful lover of NYC-native vegan and gluten-free bakery BabyCakes. And Erin McKenna, the sweetheart behind the delicious operation has been keeping mighty busy. She's opened outposts in downtown Los Angeles and Downtown Disney at the Walt Disney World Resort Florida, released an acclaimed cookbook (check out the Sweet Paradise Cake!), and now already a second book, in stores today.
The new edition, dubbed "BabyCakes Covers the Classics: Gluten-Free Vegan Recipes from Donuts to Snickerdoodles" contains 50 dietarily-reinterpreted recipes for favorite treats like Thin Mints, whoopie pies, waffles, pancakes, hamentashen, sugar cookies, German chocolate cake, donuts, Mounds, and madeleines... Finally, sweets for all!

Erin McKenna will be doing baking demos and signing copies of the new cookbook at the following Williams-Sonoma locations, hopefully near you:


BabyCakes Covers the Classics: From Donuts to Snickerdoodles. It's the New Cookbook!!! from BabyCakes NYC on Vimeo.
Preview vid shot & directed by David Mettler, produced by David Mettler and Chris Cechin, and edited by Justin Gallaher.
Posted by Nathan Hazard 1 comment: 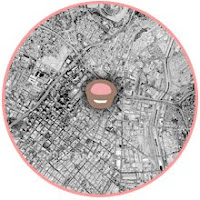 Still my favorite NYC (or anywhere) cupcakery to date Babycakes - which I've definitely mentioned before - has been promising LA its very own organic and delicious wheat, gluten, dairy, casein and egg-free YUM factory for quite some time now. After several lease swaps and multiple delays, finally, some bittersweet but promising news!

L.A. people: this is going to hurt, but only for a second, ok? We all know that the economy has taken a turn for the worse and is affecting millions of people's lives. In lieu of these challenging times, Earnest Sewn has decided to abandon the project on Beverly Blvd. I know, I know. We are right there with you, we had a good group cry for almost the whole week.
But don't freak, there is excellent news: we have signed a lease on a location in the historic bank district of Downtown Los Angeles! The new BabyCakes NYC will be nestled on one of our favorite blocks and we are so excited to be there. We've got a great team of people working overtime to get this opened super fast, so please don't worry. We know it has been a bumpy ride so far, and are so grateful for your patience. We will have more news soon, compete with a grand opening date, so just hang in there for a tiny bit longer.

Another score for my favorite neighborhood these days..!
You GO, Downtown!

Also, check out this incredibly charming video preview for the Babycakes Cookbook coming out May 2009! (Ladies, if you don't want Babycakes brainchild Erin McKenna's hair after watching this video, there's something wrong with you).
BabyCakes, the Book of Recipes: It's Here (Almost)! from BabyCakes NYC on Vimeo
Posted by Nathan Hazard No comments: