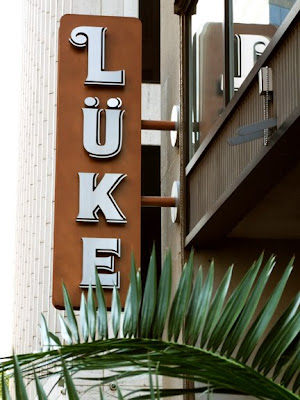 World class celebrity chefs are to New Orleans what roach coaches are to Los Angeles; A prideful culinary infestation. A James Beard Award-winning NOLA restaurant group heavyweight, John Besh takes a fresh local approach to his menus, each inspired by a different period or aspect of the city's history. Domenica acknowledges the influence of Italian immigrants on New Orleans cuisine, American Sector (in The National World War II Museum) updates Americana classics, and La Provence is a bona fide country farm & kitchen that produces both livestock and produce for his restaurants.
For brunch on Saturday, we were swayed by the menu at Lüke, Besh's homage to the French and German brasseries of old New Orleans. We hailed a cab to the Central Business District's Hilton New Orleans St. Charles Avenue Hotel where Lüke resides off the grand entrance hall. 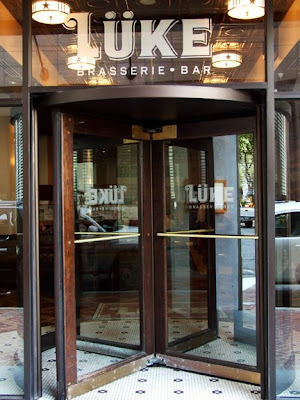 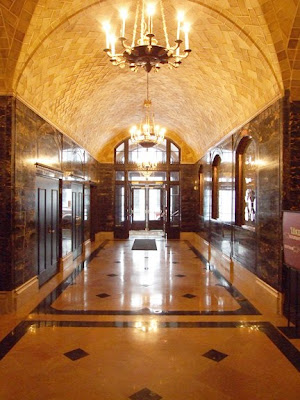 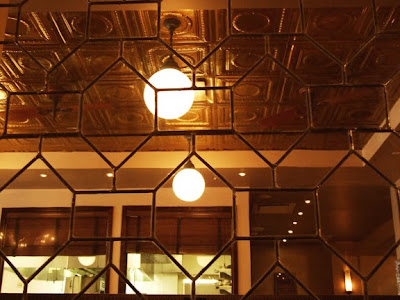 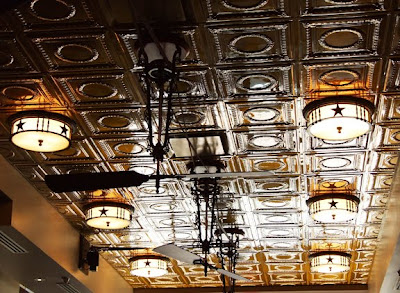 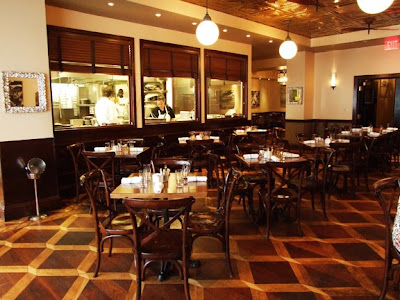 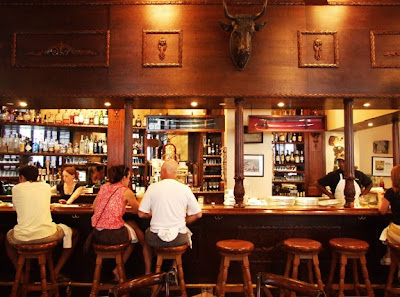 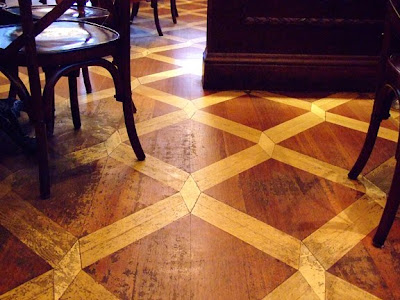 The ceiling was the first thing I noticed inside Lüke, with gleaming gold tin tiles and an impressive set of belt and pulley driven ceiling fans. The massive wooden bar filled half of the space, an ice bed on its corner filled with fresh raw oysters. We started with a round of Hendrick's gin bloody marys, an herby twist that may have to become my standard. 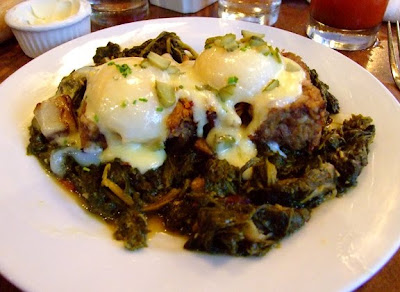 I had been looking forward to consuming a big plate o' cochon and eggs since landing in NOLA. And it was time. The smoky cochon au lait was scattered over an open faced biscuit, topped with two soft-poached eggs, southern greens, and tasso hollandaise. Flavor explosion! The greens were succulent and salty, the cochon tender and rich, Tasso hollandaise simply a sin. The eggs were undercooked for my taste (gelatinous whites), but overall a delicious and filling dish. 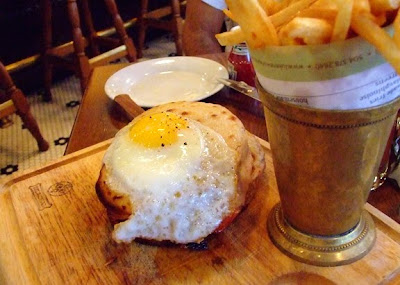 Larry favored the Croque Madame, a French classic of grilled ham and Emmenthaler cheese sandwich topped with a fried organic egg, served with a cone of crisp twice-cooked frites. 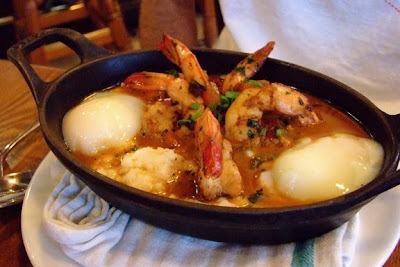 Michael ordered my second choice, the Louisiana shrimp and grits, with McEwen and Sons grits, Poche’s andouille, and two poached yard eggs. My allegiance may still lie with Mr. B's as far as NOLA shrimp & grits go, but still quite a satisfying Southern breakfast.
We attempted not to overstuff ourselves, it was apparently Besh Day for us, with reservations at his signature restaurant August just hours away...