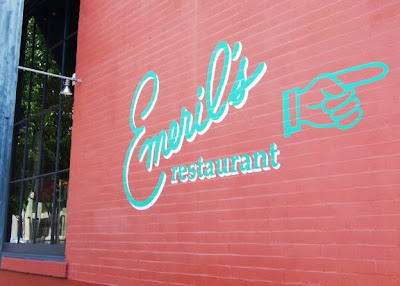 After a long HOT walk through the French Quarter, it was time to duck into a cool air-conditioned niche for a bite, and definitely a drink. For our first meal in New Orleans, Michael and I decided that a few of the lunch menu items at good ol' Emeril's New Orleans sounded too good to pass up. Just a short jog up Tchoupitoulas St. from the Quarter, Emeril Lagasse's first restaurant (opened in 1990) and a flagship for the downtown warehouse district scene is clearly a NOLA institution. 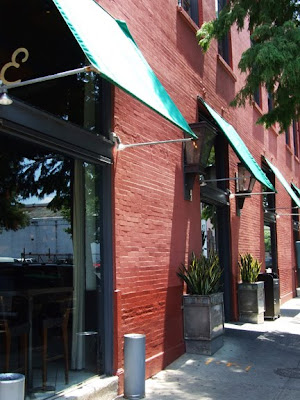 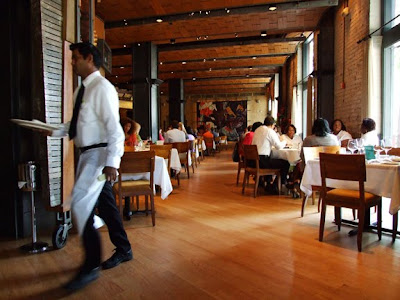 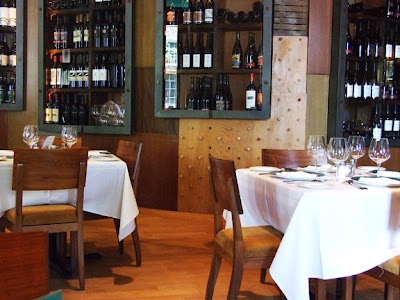 The room is airy and light, contemporary by '90s standards, but aging acceptably. The service and table setting is strictly classic, which I always appreciate, one server handing the menu while the other lays your napkin. The attention to detail in service throughout the entire meal was truly impeccable. 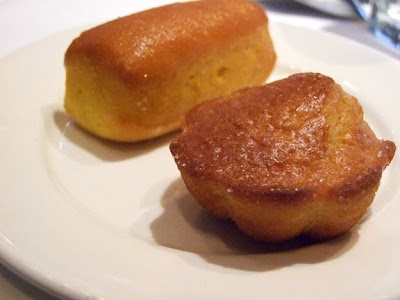 Within a minute a server appeared with a basket, retrieving two small items for each of us, a sweet potato roll and a piece of cornbread. While the sweet potato flavor was secondary (or rather, undetectable), I always enjoy a good cornbread, and Emerils' was no exception. 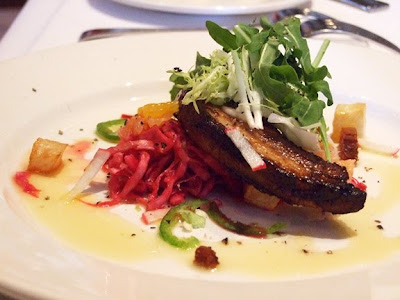 Since this was our first NOLA meal, we weren't going to skimp -even on lunch- and agreed to share a starter. The Abita Root Beer Braised “Fresh Bacon” Salad appealed to both of us, with Red Cabbage Slaw, Crisp Yucca, Radish, Shaved Jalapeno, Goat Cheese, Pork Cracklings and Citrus Vinaigrette. The salad unfortunately suffered from superfluous flavors, trifling cubes of yucca and aimless jalapeno, the smoky delicious pork cracklings dwarfing the mild flavor of the bacon. 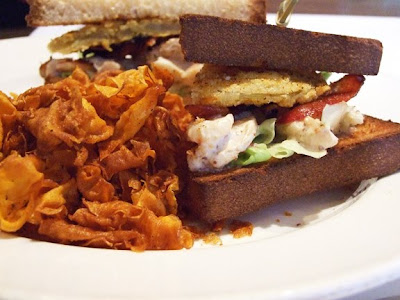 We held higher hopes for our mains, which did not disappoint. Michael's "B.L.F.G.T" -comprised of Benton’s Bacon, Butter Lettuce & Fried Green Tomato on Brioche with Boiled Gulf Shrimp and Pommery Mustard Aioli- was brilliant. I'm not sure if I will ever feel satisfied from a BLT without fried green tomatoes from here on. The house made sweet potato chips were also addictive. 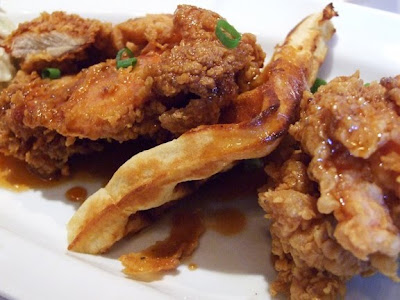 But the winner (and what got me to Emeril's in the first place) was Darian’s Chicken & Waffles. Here Fried Organic Chicken is layered on the plate with Sweet Corn-Belgian Waffles, Watermelon Slaw and Crystal Hot Sauce Syrup. The dish is stunning! Aside from my initial disappointment over the slaw (I visualized julienned watermelon - got cabbage slaw with several watermelon chunks), the chicken was crispy perfection, the waffles just fluffy enough, and the maple syrup packing some considerable heat. We were supposed to split the two plates, but I had trouble in the le'go my eggo department.
I left Emeril's smiling and sated, ready to walk and sweat off some calories in anticipation of my next meal...