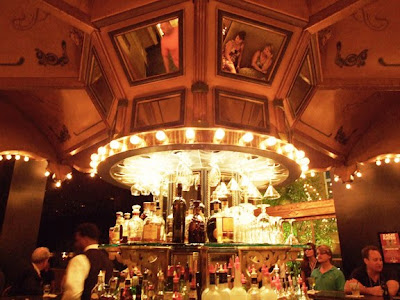 There's something terribly civilized about sipping a cocktail in a classy hotel lounge to me. But finding one that isn't overly stuffy or embarrassingly dated can take a little bit of work. Effortlessly cool New Orleans however has a handful of winners in this department. One of which was the site of our Friday nightcap, the Swizzle Stick Bar at Café Adelaide, in the Loews New Orleans Hotel. The Arts District hotel lobby bar was recommended to me by Harriet Bell (publisher; Emeril's cookbook maestro) as THE place in NOLA to have a Sazerac... or two. And we did! 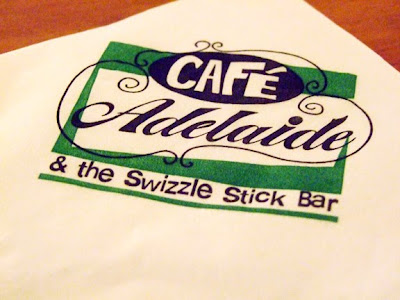 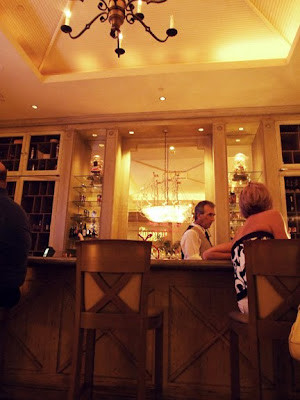 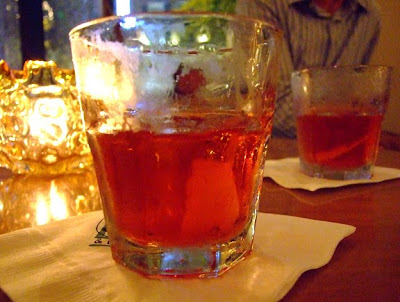 The Sazerac, official cocktail of New Orleans
From the Brennan family (behind NOLA's celebrated Commander’s Palace), Café Adelaide is an homage to the family's Aunt Adelaide, who "personified the avant-garde cocktail culture of the late 1950s and 1960s, and represents the joie de vivre of all that is New Orleans." Despite the more contemporary digs, the timeless spirit of the city comes through the cocktails and stellar service. 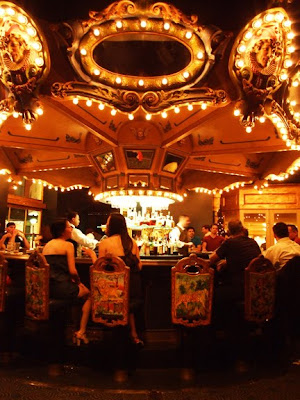 The most famous hotel bar in town is easily the Carousel Bar in New Orleans' historic Hotel Monteleone. Built in 1886, the grandiose Monteleone on Royal Street was the first (and to this day, only) high-rise building in the interior French Quarter. The off-lobby bar, originally opened as the Swan Room, was transformed in 1949 with the installation of a 25-seat circular bar turning on 2,000 large steel rollers, powered by a 1/4-horsepower motor, rotating one revolution every 15 minutes. 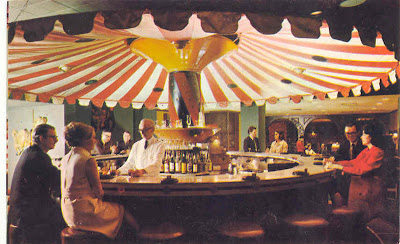 The Carousel Bar in 1968
The Carousel was renovated in 1992 with the addition of a new circus-like top and fiber optics in the ceiling to create the appearance of stars in the night sky (a shooting star can occasionally be seen crossing the room). 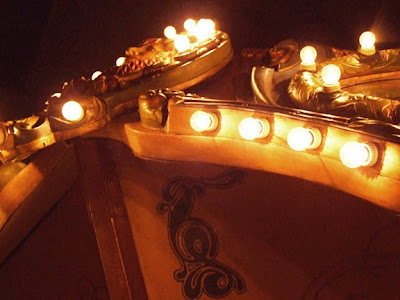 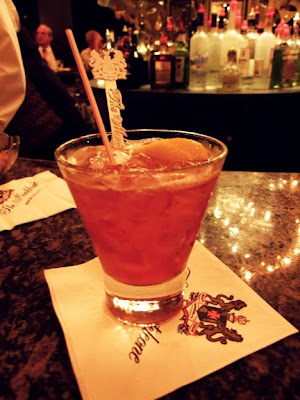 The Carousel Bar is known for more than its signature ambiance, a bevy of signature cocktails have too achieved notoriety including The Goody and The Vieux Carré Cocktail (above). Last year in the spirit of the bar's 60th anniversary, the hotel hopelessly searched for the lost recipe for The Monteleone, a cocktail served in the bar up until the 1960’s. Luckily NOLA-native cocktailian Chuck Taggart stepped in to their aid, re-imagining a cocktail in honor of the institution.

Mix all ingredients in a double Old Fashioned glass over ice; stir.

Combine with ice in a mixing glass and stir for 20-30 seconds. Strain into a chilled cocktail glass (serve up). Garnish with an orange peel twist. 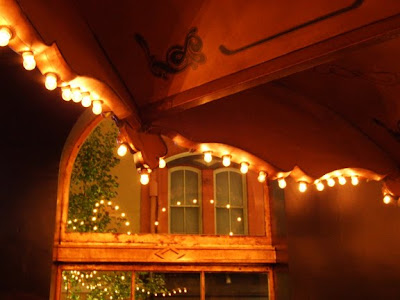 As the bar slowly turned and I savored my nectarous Vieux Carré -like most places in New Orleans- the ghosts started to come out. I imagined the faces across from me that of past patrons Ernest Hemingway, Truman Capote, Tennessee Williams, and William Faulkner, chatting over the tunes of Liberace (the first person to play the piano that still resides in the bar).
I may not have been able to actually see it, but I could taste it.