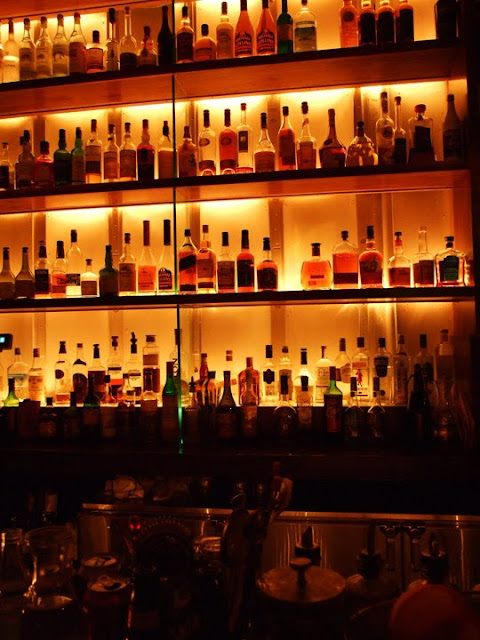 One week before my trip to New Orleans, I sat at the counter of Barkeeper in Silver Lake -as so many weekend mornings I do- daintily sampling spicy gingerbread bitters.
"Isn't that insane?!" Joe Keeper's eyes bugged waiting for my reaction. I smiled, spices tickling my throat.
"It's delicious..." And before I could protest, another bottle was produced and a small plastic cup of baked apple bitters was pushed toward me. His eyes widened again, daring me to give THIS one a whirl.
Keeper had just returned from Tales of the Cocktail, New Orleans' annual cocktail geek-out fest, with a bag full of exciting new products he was so enthusiastically sharing. I mentioned my trip planned for the coming week and he said one word, a word I anticipated and said along with a nod: Cure.

Following our absolutely indulgent dinner at Restaurant August, Michael, Larry and I hailed a cab to the Garden District and sailed into the dark night. The cab driver circled the streets several times, unsure of exactly where Cure was - something I had been warned about. The bar is unmarked and often unnoticed from the street - but then I caught a glimpse of an illuminated wall of bottles through an arched window and the car screeched to a halt. 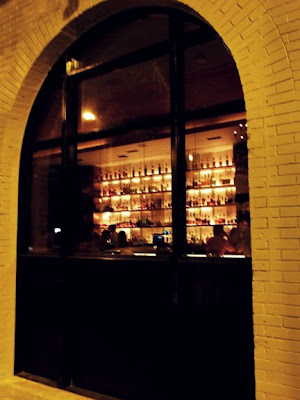 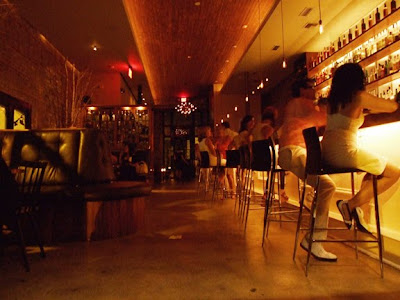 Opening the bar door, pulsing dubstep beats shook the glass walls on either side of the entryway. A tungsten streetlight outside lent a little help to the architectural chandeliers, Edison bulbs and the neon-backed bar to shed some light on the dim and modern interior of the 105 year old firehouse. Here ancient, decrepit New Orleans had been left behind. 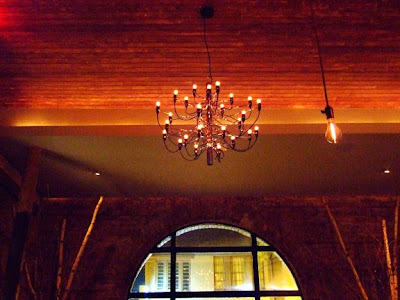 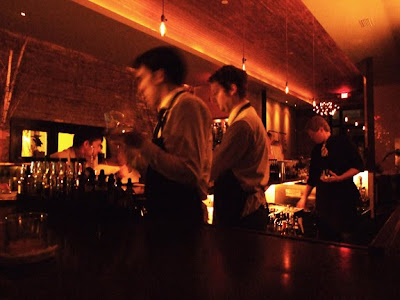 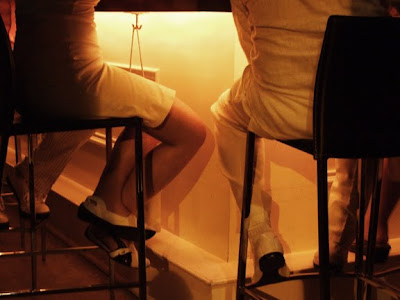 Even in this hidden dark corner of the Garden District, the residue of White Linen Night filled the stools and booths of the bar with sharp tailored whites and airy summer cocktail dresses, though much more fashionably than the older set in the Arts District downtown. The room breathed Neo-New Orleans tradition, and we absorbed it (along with some bass) and sat at a table hear the window to look over the menu. 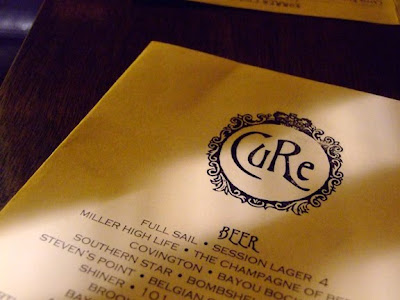 I'd been looking forward to enjoying a drink at Cure since I read their #1 Best NOLA Bar ranking for 2010 in the Gambit, proclaiming "There are bartenders, and there are chemists — Cure supplies both."
Owner Neal Bodenheimer is a NOLA native but sharpened his teeth in New York bars (including those of the BR Guest restaurant group) before bringing his brand of contemporary mixologist back to "the cocktail's birthplace," opening Cure in February of 2009. I knew he was serious, but back to the point - what would I get?? 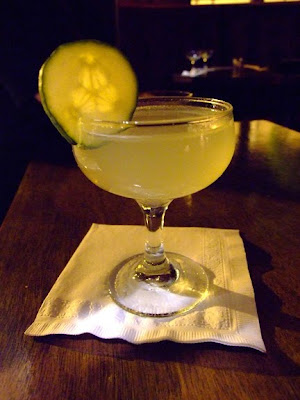 I chose the Celery Stalker first, created by Cure's Danny Valdez. An herbal marriage of Miller's Westbourne Strength Gin, Lime, House-Made Celery Bitters, Prosecco, and Cucumber it was a perfect quencher for the steamy conditions. Simple enough to concoct at home, the housemade bitters set this flavor profile apart. Luckily I came across the secret to this cocktail in Edible New Orleans.

Let flavors infuse for 11-14 days.
Add 1 cup of celery seeds, toasted, into the blend and let rest 4 days.
Strain everything through a cheese cloth and, if necessary, a coffee filter. 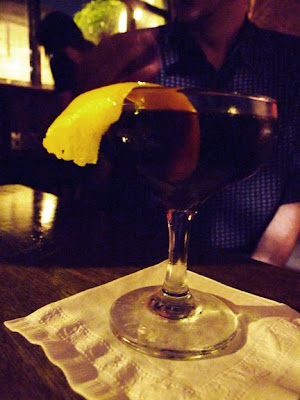 Larry sipped a Single Malt Scotch, but Michael joined me for a cocktail, selecting the Cease & Desist by Maksym Pazuniak, a classic and brute blend of Carpano Punt e Mes, Rittenhouse Bonded Rye, Fernet Branca and Orange Peel. Had I been deviating from gin, I would have been tempted by the Start and Finish, recipe below (via Nola.com).

Mix all ingredients over ice, chill, strain and garnish with a lemon twist. 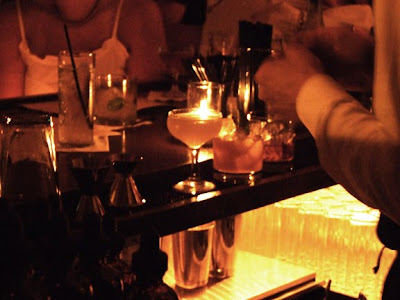 While Cure does not carry many bar staples, it is not pretentious about helping you select a tasteful replacement. This is THE bar to create a relationship with your bartender and tell them what you like. You will end up with a specialized cocktail far surpassing your "usual." Also because all of the bartenders at Cure are total rock stars, each with their own impressive lineage. Kirk Estopinal came to Cure from the Violet Hour in Chicago, bringing with him the popular Juliet & Romeo which he made for me requesting something along the lines of a gin gimlet and the Celery Stalker. With the essence of dusk in a lush summer garden, I'd do a disservice by not sharing this recipe laced with mint, cucumber, and rose water.

Muddle cucumber and pinch of salt. Slap the mint. Add rest of ingredients. Let sit for 30 seconds (time allowing). Shake. Strain. Garnish with 1 floating mint leaf and 1 drop rose water on top of leaf, and 3-5 more drops of angostura on the surface of the drink. 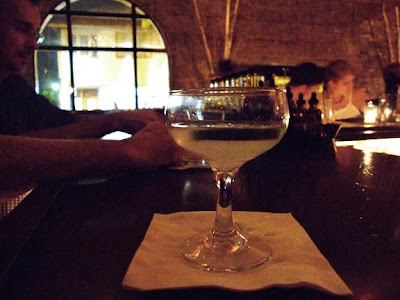