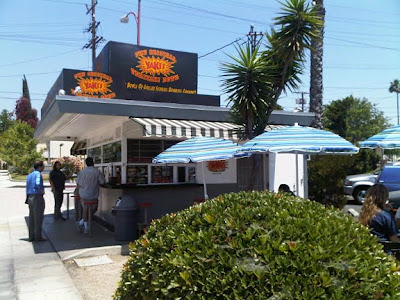 Sometimes simplicity is best.
After years of discounting the teriyaki bowl as a Yoshi-no-no, a recent lunch in Burbank rekindled my appreciation for a basic meal of charbroiled protein, veggies, rice, and sauce.
I have no idea how pioneering Yaki's the Original Teriyaki Bowl actually was in the history of the Americanized beef bowl, but I do know that people still LOVE the place. A small booth sitting on the corner of Alameda and Main, Yaki's is fast but hardly menial, with remarkably friendly service. And is seemingly rather health conscious. Their menu touts "Eat lean. It's your body." Further stating that Yaki's uses no MSG, only skinless boneless chicken and lean beef, and that Yaki Sauce & Yaki's Bravo Sauce contain no fat.
The fresh and tasty bowl does hit the spot without overfilling. My favorite is the Suicide bowl - charbroiled chicken over steamed rice and cabbage topped with Yaki's sauce and spicy cilantro-y Bravo sauce. Splurge and add grilled fresh pineapple for fifty cents. 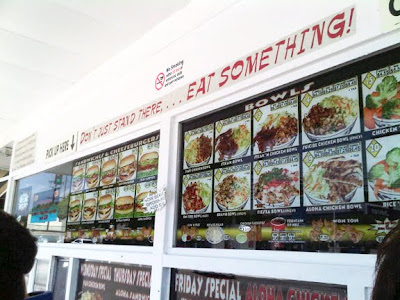 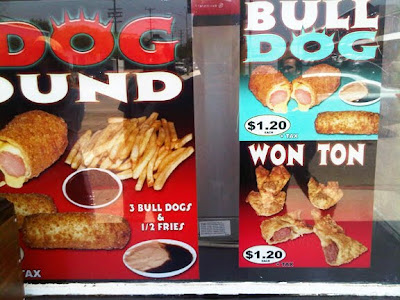 And if I'm feeling naughty... I get the Bull Dog - A hot dog with cheese and mustard wrapped like a spring roll and deep fried. The mayo-ribboned teriyaki dipping sauce makes the treat a truly sinful delight. Because nothing says "eat lean, it's your body" like a cheese-oozing-deep-fried-Asian-pig-n-a-blanket. Also available by the 3-pack with fries, aptly called the Dog Pound. Woof!