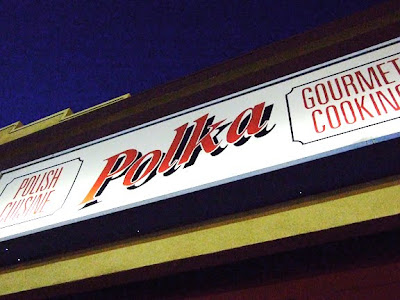 And this my friends is why we love LA.
If you drive a sleepy stretch of Verdugo in Glassell Park, an unassuming strip mall (aren't they always?) houses one of Eagle Rock's best kept treasures, the inculpably provincial Polka. Guarded by a wall of living and plastic potted flowers, wind chimes, and assorted bric-a-brac, the heavily lace-curtained storefront boasts "Nutritious Delicious Polish Dishes". Opening the door is like entering the rabbit hole or passing behind a fortune teller's curtain. The one-room scrapbook of a restaurant is packed tightly with plastic doilied tables, old world ephemera, more curiosities, gewgaws, trifles, and trinkets. 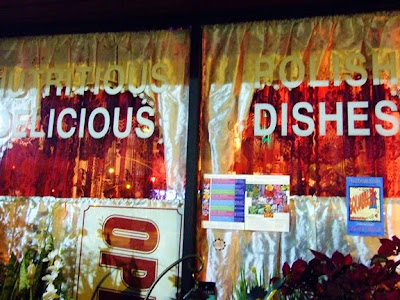 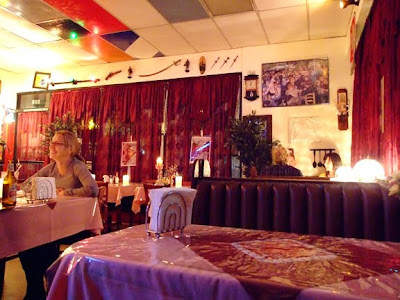 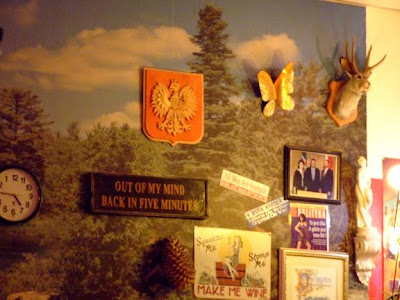 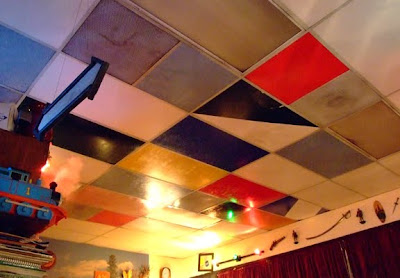 We are led past a Thomas the Tank Engine spouting water vapor "smoke" to our corner table, a matchbox-sized booth under a mirror painted with a pegasus flying over a rainbow. Empathetically, I too feel somewhere over the rainbow. 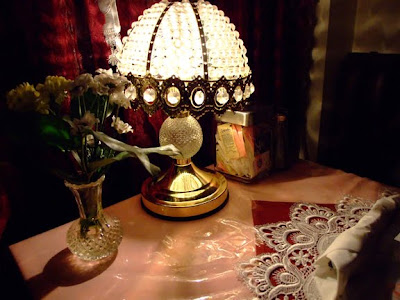 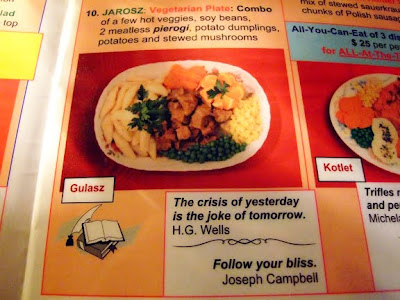 Polka's menu is laid out in 3 columns, tiered by price: Daily Entrées, Special Entrées, and Royal Entrées. Every meal includes potatoes & veggies, "usually: carrots, corn and green peas." My favorite aspect of the meniu is easily to tidbits of wisdom stuck in among the country food, reminding me that "happiness is not to be sought but to be understood". So pork then? 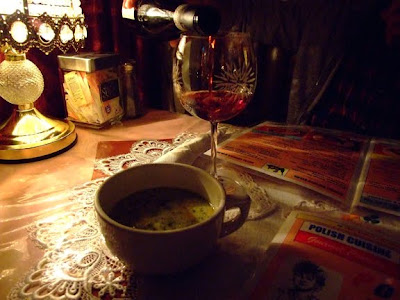 I had been prepared that Polka was a BYOB establishment, and within minutes of seating, before I had digested the menu's advice or entrée offerings, a waitress was setting steaming mugs of fragrant soup before us and opening the bottle of wine beside me that I had brought. Service! [Note: corkage at Polka is $4.95..!] The soup was rich and shockingly tasty for a spinach and starch vegetable soup. My dinner date's eyes met mine with an according eyebrow raise. 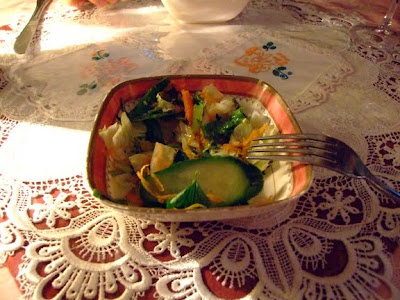 A petite dinner salad was swapped out for our licked-clean soups mugs. Less inspired than the soup, the course was still a charming Midwest staple (in adorable melamine bowls). 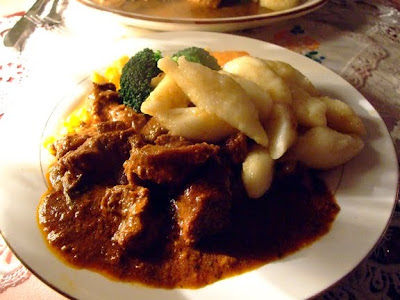 It was so hard to choose an entrée, but ultimately with the waitress' help (and a craving for dumplings) I ordered the Gulasz, a beef stew with potato dumplings and steamed vegetables. The meat fell apart at the fork's touch and the dumplings -similar but still quite different from my family's Czech potato dumplings- were hand-formed comfort. Warming and delicious. 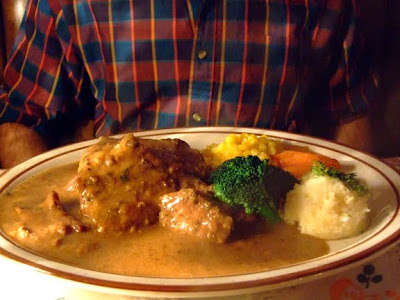 Dwayne had the Royal Entrée Pieczen, roast pork in "rich, juicy" homemade gravy. Like Sunday night supper at a friend's house, the taste brought a satisfied murmur to audibility, followed by a smile. Which I could already tell is, in essence, what Polka is all about. Full, happy, and the last folks in the restaurant, we finished our wine expecting the check. A mustached man in shorts and an undershirt, trussed by suspenders, instead dropped two dainty pudding desserts dusted with nutmeg. A true rocket age implementation of commercial gelatin, Reddi Wip, and canned Maraschino cherry, this dessert exemplified the proper closure to a real European [middle-]American dining experience. A detail that in no other way can be described than as a quintessential cherry on top. 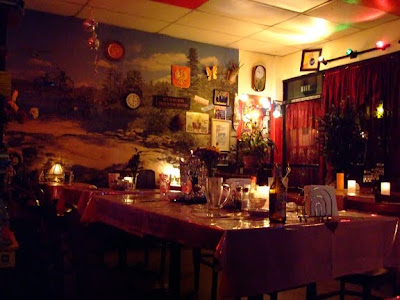