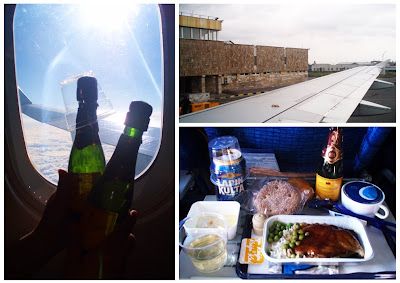 After a painless return trip from St. Petersburg (helloo bottomless champers splits) and surprisingly edible food (not that it mattered with the fixins for bloody Finnish beers), we landed back in New York, just in time for my birthday night (ay)! Another jetlagged day and timezone later, I was back in LA - and back to the grind.
Thus began the lingering depression following an incredible vacay, the empty feeling as if it maybe never happened at all.
I wanted rabbit pie.
Katya's mushroom soup. Russian cottage cheese. Decent rye bread!
Yes, it was official. Withdrawl.
While the vodka selection and decor at Bar Lubitsch could keep me referencing what I already knew like a Disneylandish cultural snapshot, I craved the little things.
My first discovery came one rainy night stopping at Vendome Wine and Spirits after work. Since I peruse the shelves there like a shoe fetishist would the Half-yearly Sale at Nordstrom (I swear I am not an alchoholic.. just an enthusiast), I tend to find some exciting things now and again. 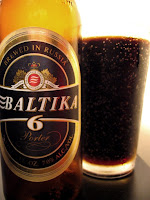 (i.e. This is where I first found Pimento Dram, Strega, Velvet Falernum, Maraschino liquor, and an impressive selection of Unibroue's Canadian Belgian-style beers). So that cold and hopeless night when I was perusing the holiday brews I saw a familiar label peeking out behind a case of Chimay. It was a Baltika #6! I next moved to the vodka aisle (which I admit I usually pass). Sure enough, they carried a few brands familiar from my trip including Nemiroff, even in exotic honey & pepper. It struck me how ridiculous it is that I haven't even begun exploring LA for Russian imports at all, especially considering the prominence of Russian enclaves in my local neighborhoods.
Yet it was another surprise location comprising my largest Russian goods goldmine - The Jon's marketplace down the street from my apartment. To be honest I never went to this Jon's (also referred to as Ghetto Von's) because well, it is pretty low on the grocery food chain. But one day I stopped in to get cheesecloth for straining my limoncello, and I immediately picked up on the "otherness" of this market. The moment I saw advent calendars of Moscow's famous St. Basil's Cathedral I knew there were more surprises to be found here.

The vodka-heavy liquor section carried Nemiroff's flavored vodka line in addition to Putinka, a slew of other Russian vodka brands, a selection of Russian wines (though these I have not craved), Baltika beer and another St. P brew donning the Palace Bridge on the label. Down the juice aisle I found cartons of Birch juice alongside морст (the cranberry drink I enjoy), and even non-alchoholic soda-like Kvass (rye beverage). It just never occurred to me that due to the mixed ethnicity of the neighborhood I could find my exotic fix a 10 minute walk from home at a chain grocery store.
And so I began searching Yelp for the best rated traditional Russian restaurant around. It seemed unanimous that Traktir (8151 Santa Monica Blvd, WeHo 90046 Tel: 323-654-3030) is the place to go. The warm wood/brick decor with shaker tables and chairs immediately felt cozy and authentically Russian. The [somewhat difficult] communication with our waiter reminded me of Russia even more. We ordered Baltika #3 beers and Pickled Vegetable Combination to start (pickled tomato, cucumber and cabbage). The pickles weren't as good as ones I had in Russia, but then, we also weren't shooting chilled vodka before each bite. Next we had the Russian Trio - a combination or vereniki (dumplings) in potato, ground meat, or mushroom and sauerkraut, covered in a creamy sauce with chopped fresh dill. These rich savory bites would surely bring me back to Traktir again. The Lula Kebab entree however sadly did not live up to the similar kebab I had in St. P, the spiced ground meat at Traktir was extremely greasy and salty. A few bites in and I felt finished. We did stay for a Turkish coffee following the meal and enjoyed the evening sun filtering through the patio as it set. Yes, it was nice to feel the fleeting comfort of Russia again, but also helped me realize that some things are best kept in their unique place. Next time I want a perfect, true Russian meal, I might just have to spring for another plane ticket.

And thus ends my Russian adventure, friends. I hope you enjoyed these chronicles or found them useful! 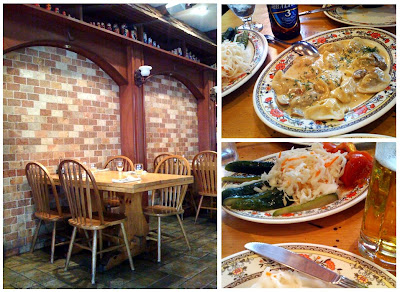