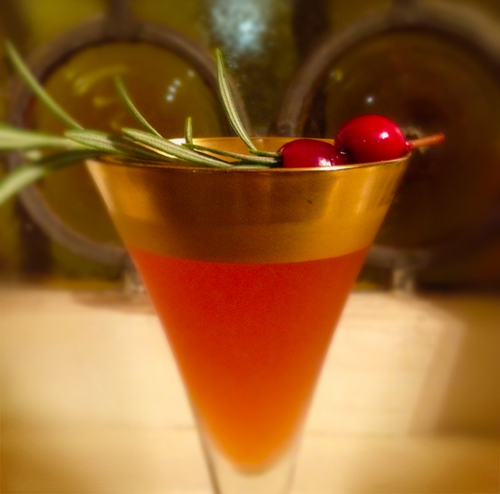 Thanksgiving and cocktail are seldom synonymous words. The holiday is one for wine, and plenty of it. But on the current episode of The Table Set we challenged ourselves to think outside of the wine box and come up with food friendly alternatives to unoaked Chardonnay and Pinot Noir.
While craft beer and hard cider make great cases for themselves, I decided to also come up with a pre-dinner cocktail. As I would be spending the holiday in the Russian River Valley this year, miles from Iron Horse and Korbel, I considered a sparkling wine element, but instead dusted off a bottle of Korbel brandy as the base spirit.
A longtime fan of a Brandy Sidecar, I tinkered with the classic ratio, introducing fresh cranberry syrup and black walnut bitters, with Dry Curacao in for the orange liqueur. The result is a lively holiday drink that can last through the season, Turkey Day 'til New Year's Eve. 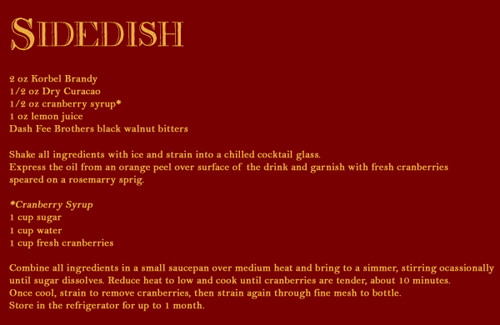 Listen to The Table Set: Not Talking Turkey 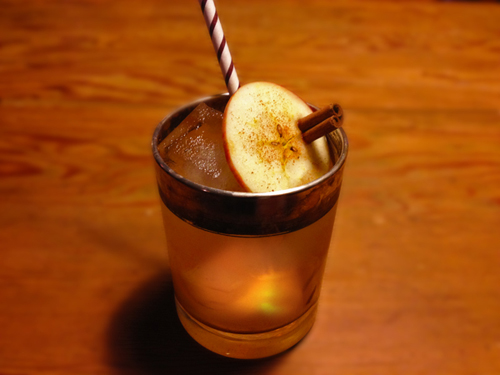 They say the most dangerous food is wedding cake.
I imagine that trickles down to what's in the toasting glass... So when two of my loveliest friends recently asked me to concoct their wedding reception's signature cocktail I may have broken a small sweat whilst smiling and saying "of course!"
This would just have to be my most perfect cocktail yet. 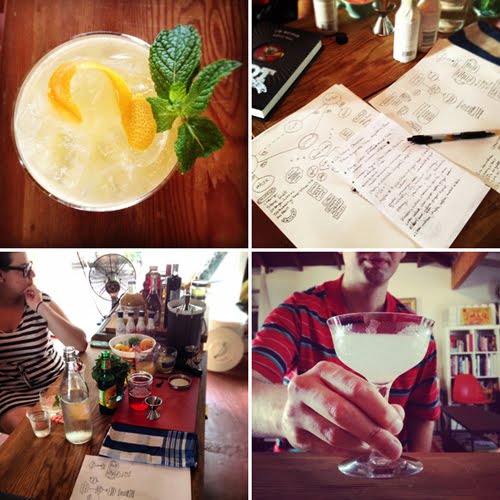 Not one to take such challenges lightly, I drew up a lengthy survey. I would need to know every detail of the bride & groom's tastes, their vision for the wedding, guest makeup, and --most importantly-- if they like a sweet drank.
After diagramming their answers I hosted a very serious cocktail tasting consultation. A wall of jarred syrups and infusions initially separated us, but after a couple of autumnal trial rounds (November wedding = best cocktail season ever), we all loosened up and began to make some headway. The two couldn't have more disparate tastes, but factoring in a diverse group, we all agreed on vodka. I cloaked it with harvest flavors and textures, resulting in what the clever bride (and one-time ChocoMeat guest writer) christened "Sweater Weather." 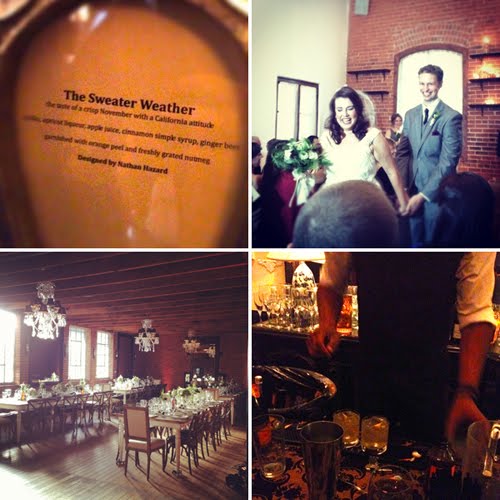 Important lessons were learned on the big day (i.e. insist on specifics when a caterer is handling the shopping), but all-in-all the cocktail was well received by the party. In fact, some people forewent the wine and drank it all night.
I suppose I can file that under success.

Combine all ingredients except ginger beer and shake well. Strain over fresh ice into a bucket glass. Top with ginger beer and lightly stir. Express oils from an orange peel and garnish, top with freshly-grated nutmeg.

To make cinnamon simple syrup, combine 1 cup of water with 1 cup of sugar and several cinnamon sticks in a medium saucepan. Bring to a simmer over medium heat, stirring frequently until sugar has dissolved. Remove from heat and cool completely. Strain and bottle. Keeps in the refrigerator for up to a month.
Posted by Nathan Hazard 1 comment: 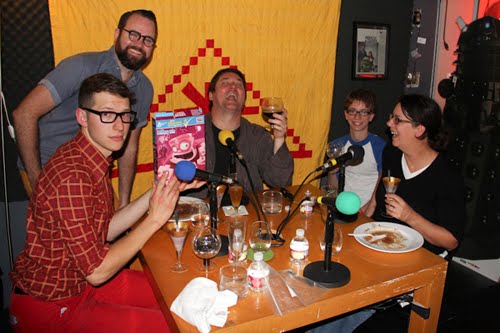 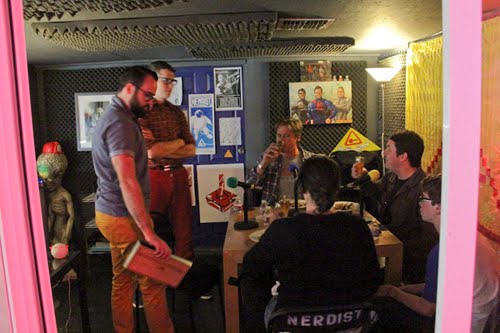 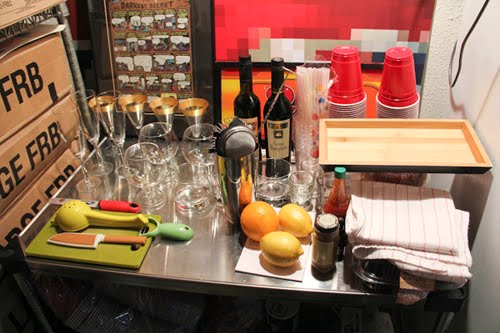 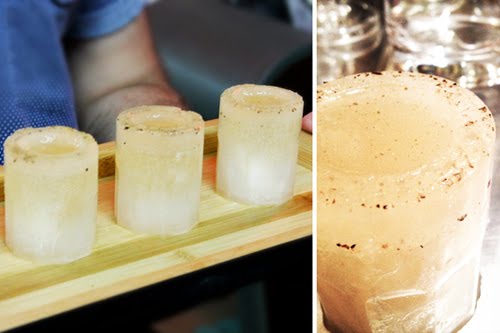 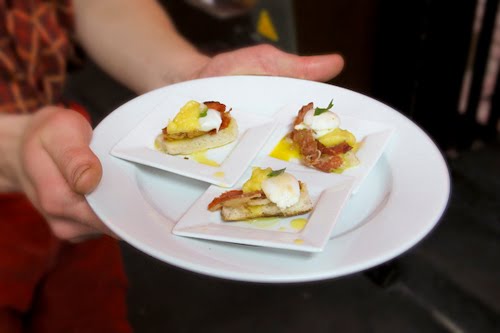 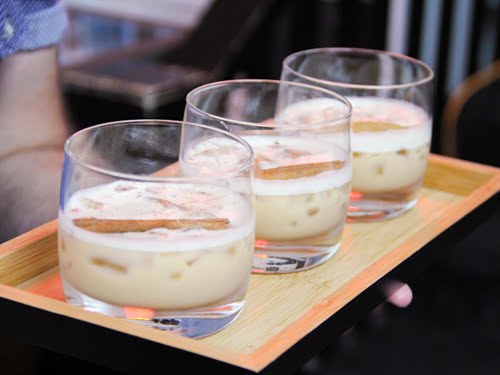 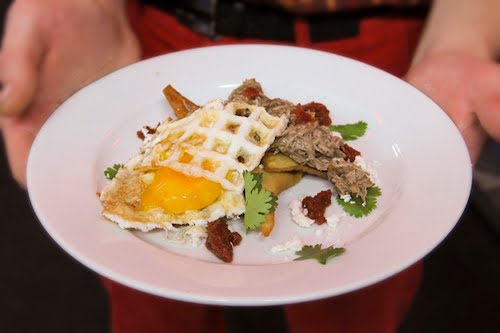 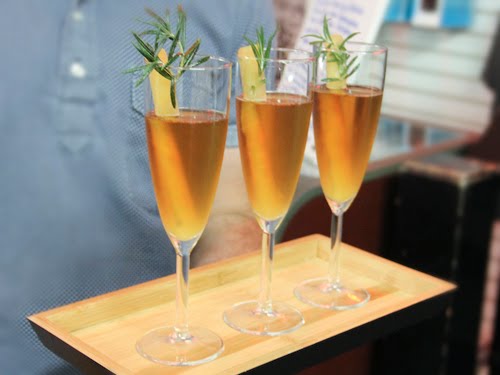 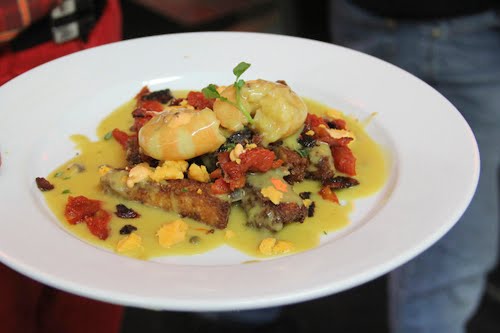 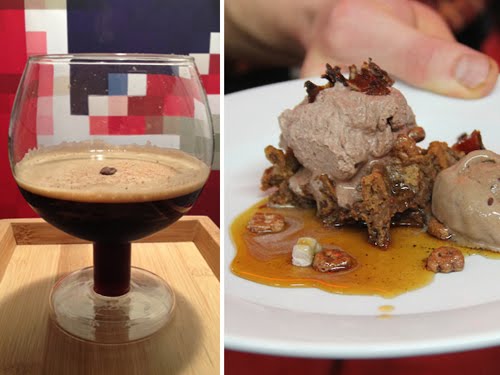 
Photos by Ted Houser
Posted by Nathan Hazard No comments: