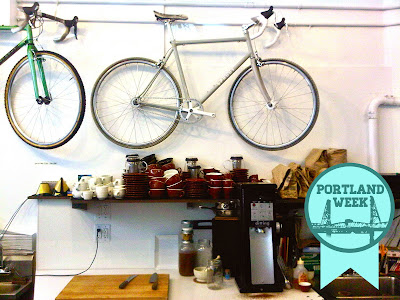 One of the first people I met when I moved into my undergrad dorm was a compact and spry fellow down the hall called Joel Domreis. He was duct-taping a cardboard box to the wall, which he planned to use to house martini glasses. Those glasses may not have survived freshman year, but his growing love-turned-obsession with coffee, bicycling, and green living during those formative years have proven otherwise.

Eight years after he began roasting his own beans in his backyard, Joel's Courier Coffee has developed staid clout and a devoted following alongside heavyweights like Stumptown in the always-pioneering Portland coffee scene. Initially a bike delivery roastery, August 2010 saw the opening of Courier's formidable downtown café (an experience which Joel blogged extensively about). Around the corner from Powell's Books and the Ace Hotel, the spare bar boasts "no lines, no register" and offers a selection of house-made baked goods. And killer fresh coffee, of course.
Joel keeps it real. "We are dedicated to being small, local and awesome." 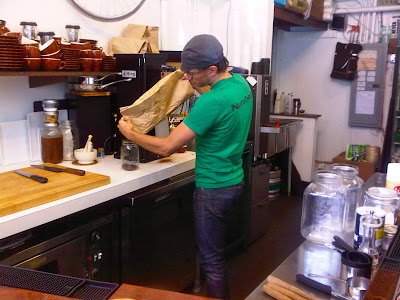 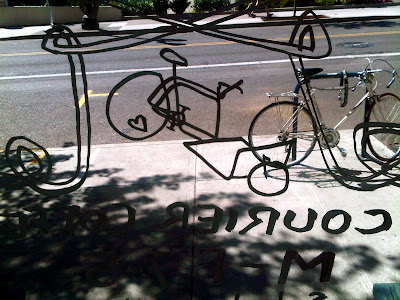 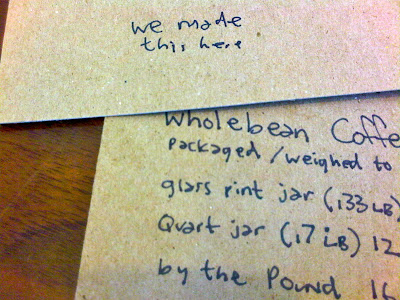 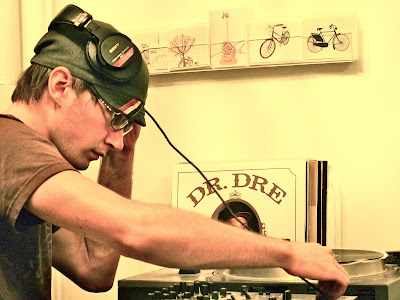