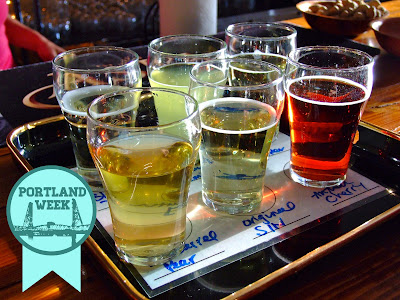 I remember a time when I silently giggled at my friends who ordered cider at the bar, all smug with my Black Butte Porter or Maker's 'n soda. Funny how things change.
Cider has come a long way in the past several years, and I think I'd actually dub 2011 my year of mad cider crushage, climaxing with my favorite brew to date: Bonny Doon's Brut-ish ¿Querry? Apple/Pear/Quince Hard Sparkling Cider.

My most fruitful cider rendezvous this past year however definitely took place in SE Portland's Brooklyn neighborhood at a little hole-in-the-wall called Bushwhacker Cider.
Bushwhacker’s is America’s only urban cider(-only) pub, featuring seven ciders on draft, 120+ ciders in bottle (to stay or to-go), and if that's not enough, darts. It was a perfect golden afternoon when Brooke and I visited the garage space (mythical to me by that point from Brooke's reports), and I couldn't have been more excited to try the draft sampler tray - for a steal, no less. 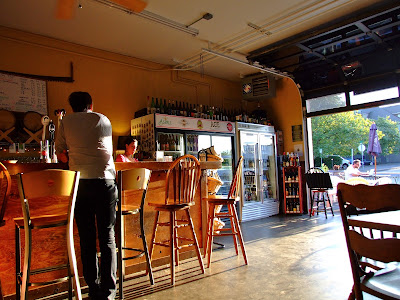 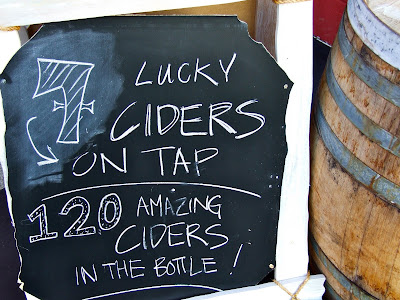 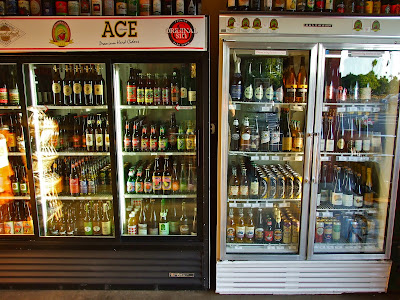 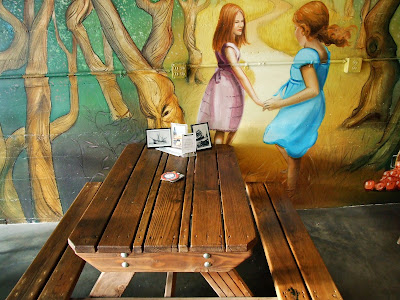 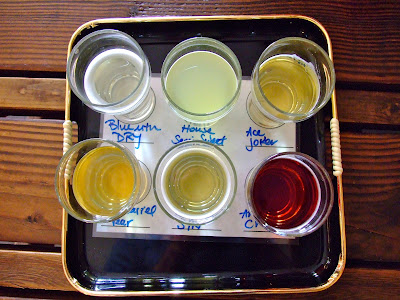 The sampler was bounteous, beginning with a bone-dry crisp-n-clear cider and running a colorful spectrum, from the farmy house-brewed cider (tanks filled the back of the room) to sweeter caramel fizzies. The feat of the tray was in pointing out the vibrant palette cider is capable of, and how like most spirits and brews, there's a golden niche for everyone. Even haters like me. 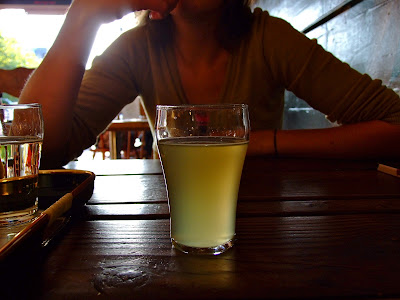