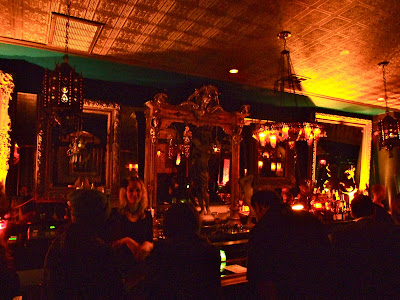 Perched on the edge of the LA river just east of Downtown, one of the oldest running bars in the city's history is changing its sign once more. You may have visited the Bordello in the past couple of years, a tawdry den festooned with beaded curtains and red light, an homage to the building's roots (the second floor originally housed a brothel). Or perhaps some time back you watched a band play at Little Pedro's, another prior appellation.
"A man who used to bartend here in the seventies came in, told us they used to pry .45s out of the bar - that's how old this place is," a wide-eyed bartender with a sly smile told me, sliding a gold-rimmed glass of punch my way.
Clearly history is omnipresent in the new incarnation of the bar, a gilded sideshow rightfully called One-Eyed Gypsy. 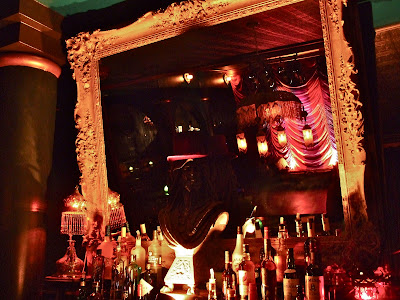 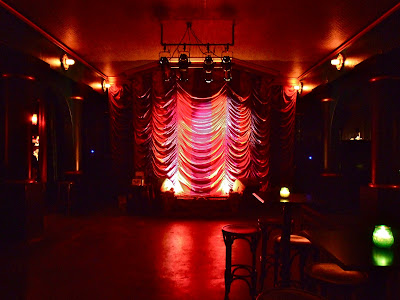 Opening Friday, the space was redesigned by visionary Dana Hollister (Villains Tavern, Cliff's Edge) and reads like a valentine to a sword swallower. The massive bar plays center stage, braced with gold-framed mirrors, busts and statues. Circus-like curtains are drawn about a cabaret stage - only to be raised for any number of off-beat entertainer, be it magician, singer, or fire eater. Candles flicker. Chandeliers drip with Bedouin jewelry imported from Egypt. Functioning fortune telling machines flash their weathered boardwalk bulbs. 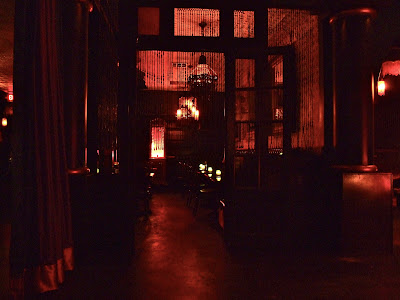 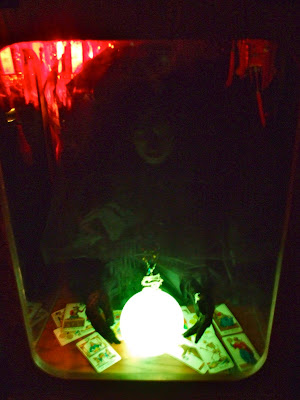 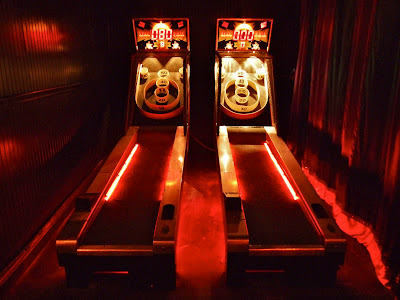 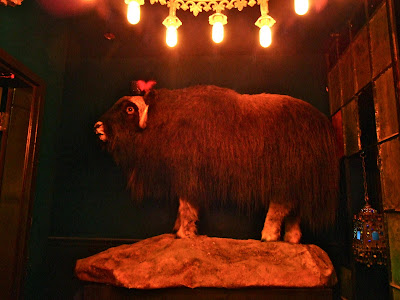 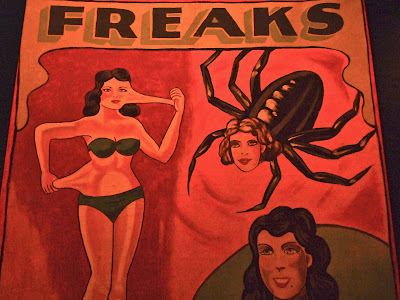 Two working skee-ball lanes and a massive stuffed yak prove Odalisque designer Hollister isn't not messing around on this one. Not to mention the Medusa wallpaper was custom designed and coffee-stained by hand. 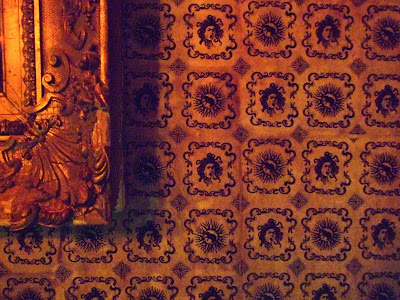 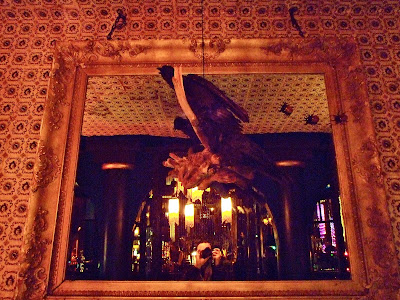 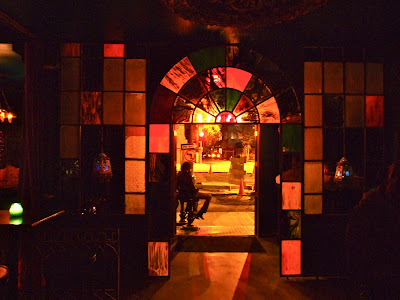 But Hollister's goal, tricks aside, is to create a real neighborhood bar with the Gypsy.
So what about the potables? The Surley Sailor is a tastier grog than the sum of its parts (Gosling's Dark Rum, white rum, 151, blackberries, fresh pineapple, lime), but I preferred The Riddler's Punch, a refreshingly dry sangria with Haute Vodka, Cabernet, fresh fruit & citrus juices. A selection of "Cheap Dates" run only $8, including Gypsy Juice, a sexy hippie sipper of Plymouth Gin, citrus, sloe gin & hard apple cider. 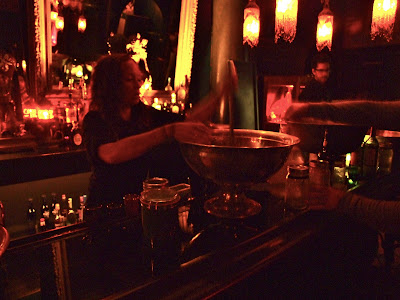 I nibbled on selections from the menu's twisted county fair fare, such as sweet potato tots and bbq pork & jalapeño pizza, while the same eccentric barmaid spun tales of "ghostly white woman" who used to walk the halls upstairs (before an earthquake in the eighties leveled that story).
"Tell yours, Dave!" she called to bar manager Dave Young, who reticently recounted a day when he was stocking the bar and a voice behind him softly said his name, only to find he was in fact all alone. I saw the bartender's eyes shift to the woman behind Dave.
"Oh, hey - Are you the psychic?" 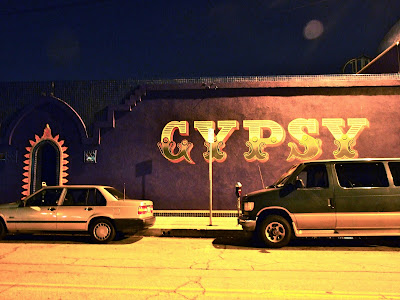