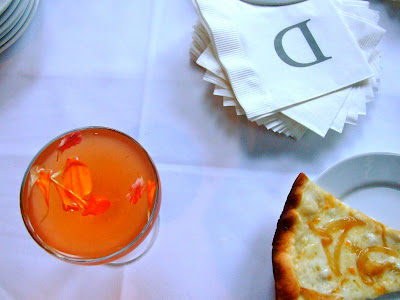 It's a word that means different things to different people.
For some, merely a sugar-coated mouth stain from a syrupy can.
Others, a kitschy kid's party concoction of sherbet and ginger ale. Or a refreshment grail to taint with an incognito liquor source.
And for me, punch is practically a religion. 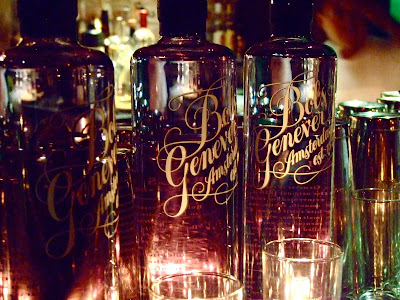 In recent years antique silver punch bowls have been seen appearing on formidable bar tops around the world, a rediscovered gem of cocktillian culture crowned last year by David Wondrich's epic titled, aptly, Punch. Falling in line with the reemergence of Bols Genever, Thrillist LA recently threw the smartest little tastemaking party I could hope to dream up: A downtown LA punch crawl of some of the cities finest drinkeries, each creating a perfect punch for the brutishly elegant genever. With a walkable map and a steal of a ticket price there was no question. I was getting tipsy. On a school night. 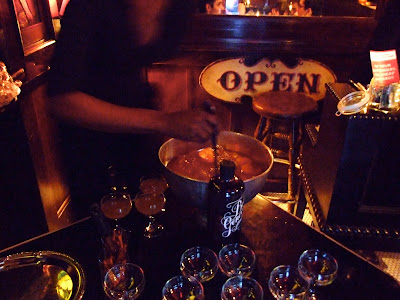 Check in was at Cole's, and with a punch station right inside the front door no time was wasted. 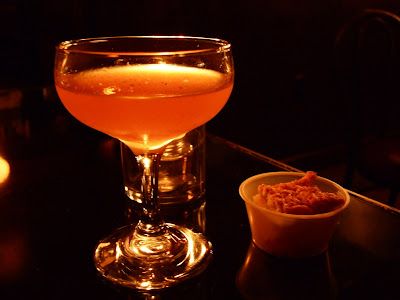 Apparently we were starting with dessert. Not at all a problem for a versatile imbiber such as myself. Peach Cobbler Punch, they called it. A secret concoction (secret because it may yet appear on the restaurant's drink menu) involving peaches, cinnamon simple syrup, angostura bitters, and Bols Genever, of course. Served alongside a bite of actual cobbler, the impressive feat of the punch was the clear representation of buttery crust in its profile. 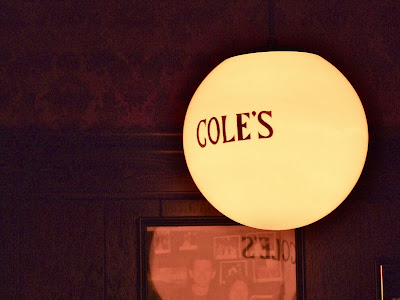 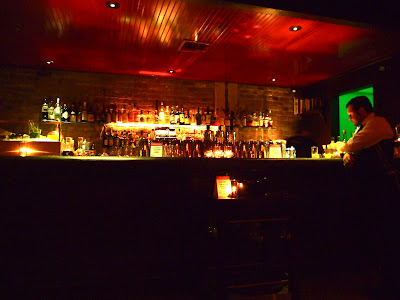 Not so much hidden anymore but still a treasure is the Varnish, LA's favorite "speakeasy" tucked in the back of Cole's - A convenient and economical second stop. 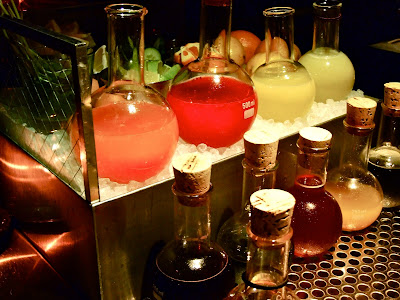 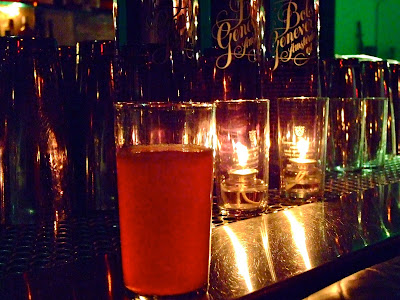 The ante was not surprisingly raised here with the cheekily named Dutch Pugilist Punch; A simple and pure preparation made with care and quality ingredients. As it was described, they started by making a lemon sugar. Then fresh lemon and orange juices were added along with Angosturo bitters. The final act introduced homemade grenadine, Bols Genever, and soda water. The result was strong but crisp, drinkable and refreshing. Really the definition of punch.
The smart guys at the Varnish took the opportunity to plug their table-side punch service, available Sunday - Thursday by call-ahead pre-order for $100, and serving roughly 8 people. Slick. 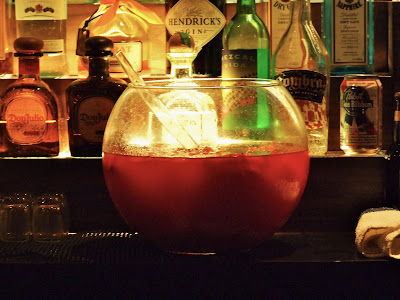 Several blocks away through summer evening light (rather harsh even at 8pm following the potent darkness of the Varnish) we arrived at the Falls for #3: The Flowing Bols. The bartender wracked his brain to recall the full ingredient list, but included Bols Genever, cherry heering, fresh pineapple, lemon & orange juices, raspberry syrup, and soda. The spritziest of the night, this fruity number was well suited for the warm evening. It recalled the prom night archetype in character, but redeemed itself in well-roundness. And after this one, I was officially drunk. 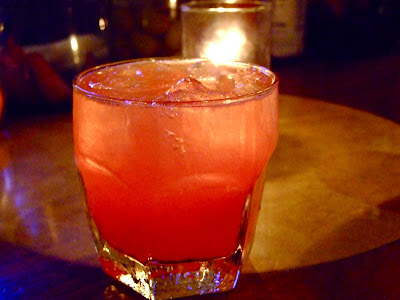 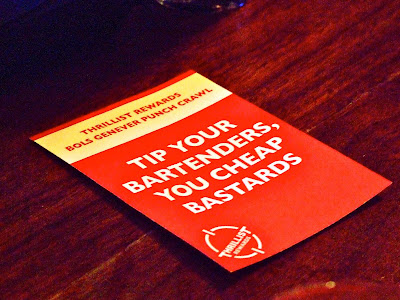 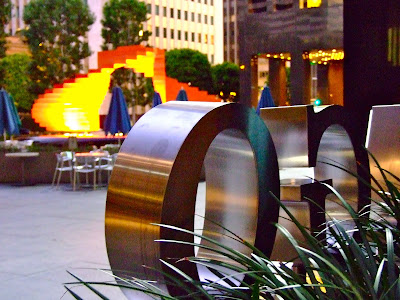 Good time for the longest walk between venues, and for an outdoor venue at dusk, on the patio at Drago Centro, downtown's luxurious powerhouse. 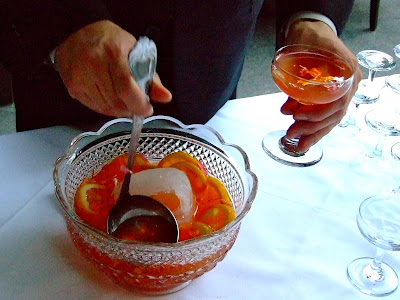 A man in a suit welcomed us beside a crystal punch bowl and a fleet of Champagne coupes, busboys in pressed linen flying past. Class act. I had to ask him to repeat the punch description slower, it was bursting ballasts in my brain. This paragon imbued Bols Genever, Aperol, Galliano, Mirto (a myrtleberry liqueur), Scotch, orange, lemon & pomegranite juices, green tea, and nasturtium blossoms. It was called Pompeii Punch. The flavor profile was far less scattered than the sum of its parts, and drank as elegantly as a fine-tuned classic cocktail. Earth, smoke, flora and a clear Italian P.O.V. were crystalline. Definitely my favorite. I bowed, and snagged a slice of pizza as I did. 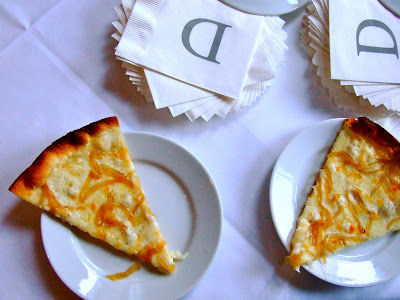 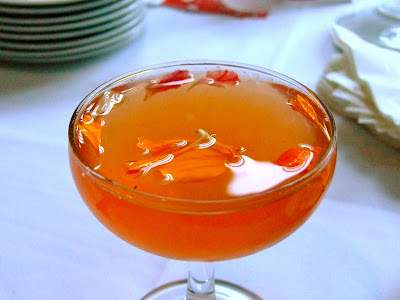 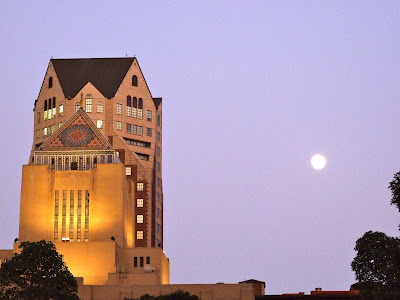 Eventually night caught up with us, and thank goodness before we arrived at Caña Rum Bar - A hideaway that just wouldn't be as sexy by day. A member's only club that curiously welcomes newcomers, this was actually my first time (finally!) passing through the velvet curtain. Plenty of rum and cigar smoke awaited. 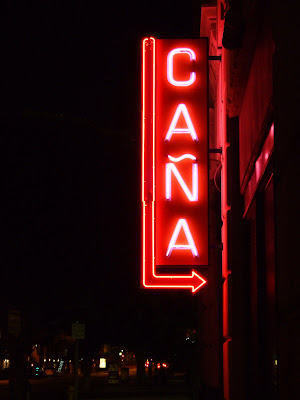 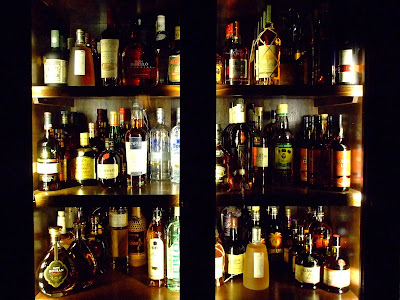 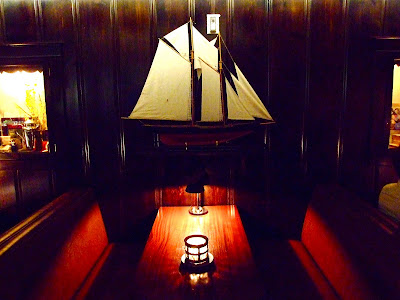 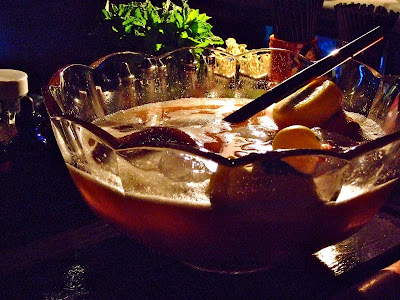 Here the well-meaning and sultry punch took a back seat to an impressive drink menu. Still, we enjoyed the Panamanian Detective, with Bols Genever, fresh guava, Averna & lime juice. 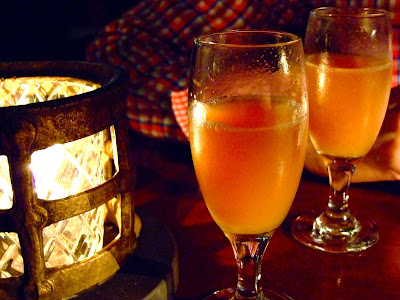 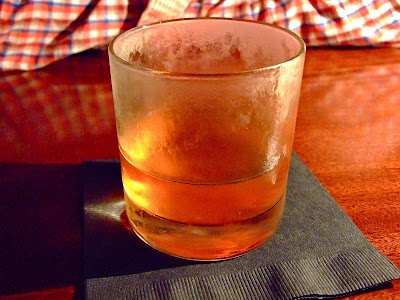 But we also stayed for a sampling of their real strengths! With incredibly warm service and a menu chock-full of laugh-out-loud descriptors and drink categories, Caña earned some extra bones. How could I turn down the Tennessee Isle? "This is what a Sazerac would taste like if the wicked witch of the west overtook Kansas and sent Tennessee to the Caribbean via flying monkey". Prichard’s Fine Rum married with overripe mango-infused absinthe and coconut Peychaud’s bitters. Hell yes. Aromatic bliss. 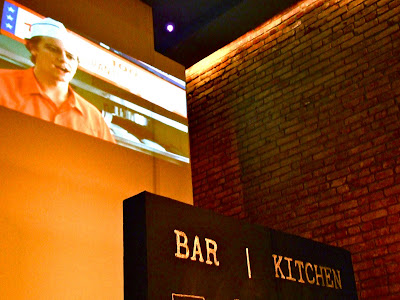 I think I kind of purposely saved the best for last. I have a mad crush on Bar | Kitchen in downtown's O Hotel. It's the kind of studly joint LA just didn't have before a few years ago, and with an expat genius bar (get it?) hailing from Death + Company in NYC, how can I not drool?? Even more exciting, one of the more recent additions to the bar team is an old pal from Portland who once turned me on to muddled kiwi and gin (trust me, just try it). 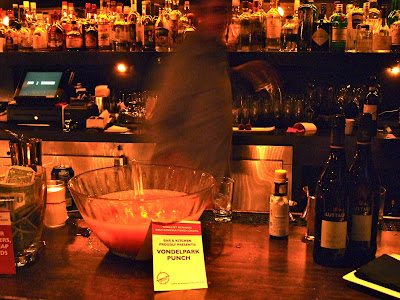 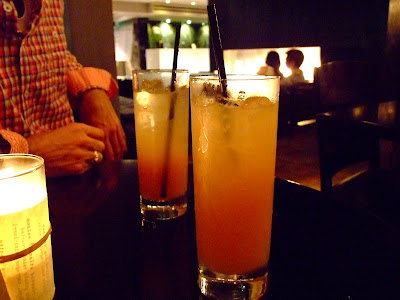 Because we once shared our love for sherry, I was not surprised that this bar featuring the handiwork of mister Alex Day employed Amontillado sherry in their Vondelpark Punch, along with Bols Genever, grapefruit & lime juices, ginger syrup, and soda water. And it was time to sit down. 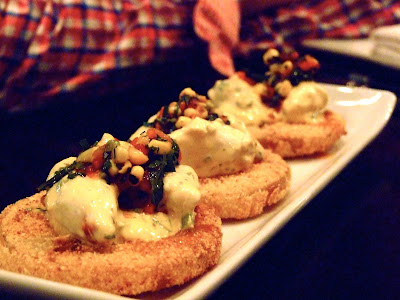 To soak up the genever, a late night dinner was definitely in order. The crispy fried green tomatoes with spicy lump crab, sweet pepper, and corn relish saved my life. Perfection. 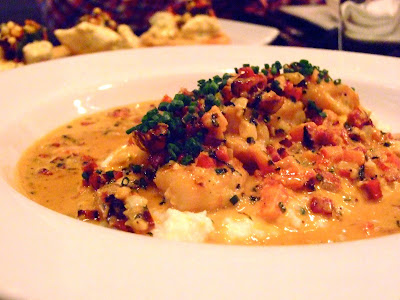 To ensure a hangover-less morning, the creamy shrimp & grits with Spanish chorizo ragout conquered. A exclamation point at the end of a long line of luxury for one evening. The bar began to close down, but I think I sat and stared at the hotel lobby's fire for some time before being reminded that I, in fact, did have to go home, and that this lobby wasn't it.
Which reminds me again to commend Thrillist for a full evening of awesomeness that did not require driving between locations. Safe, happy, delicious.
A lil' bit of heaven on earth. 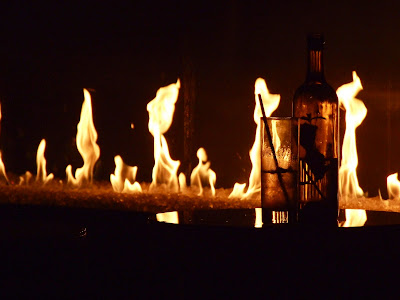