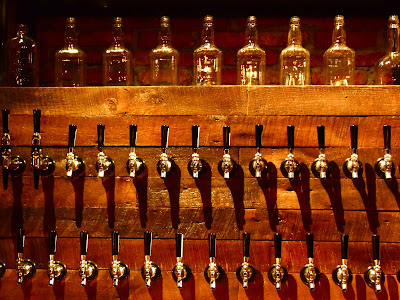 And so George Abou-Daoud has done it again. Yes, he may have yelled at me when I snapped shots for my Mercantile piece, but the prolific owner also of District, Bowery, Delancey, Mission Cantina, Gelatovino, and Tamarind Deli has opened yet another rustic industrial-chic watering hole-cum-dinette. This one with a tight focus: Steak and Scotch. (Immediately, I like it). 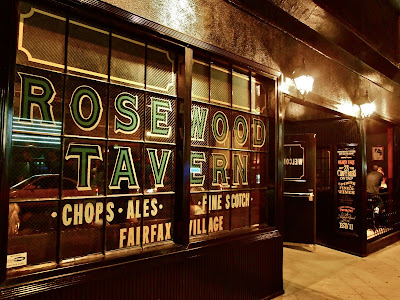 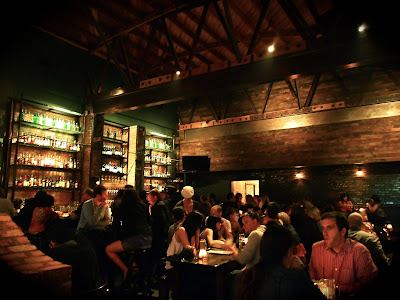 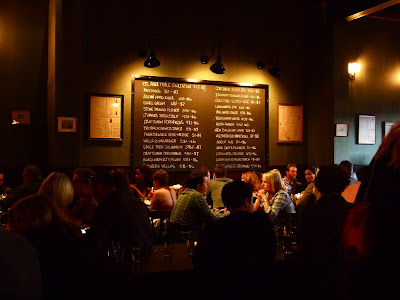 Fresh to the Fairfax Village strip dominated by Animal and the Golden State, Rosewood Tavern resurrects the airy digs formerly of the Black Sea Russian restaurant, and by the noisy din of the room, not without some raucous leftover ghosts. 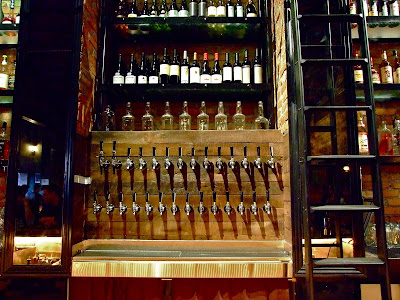 The bar bypasses specialty cocktails (though they do have a full bar), instead focusing on a hefty collection of Scotch and Irish Whiskeys and 28 craft brews on draught - From Eagle Rock Brewing's Solidarity to O’Hara’s Irish Stout, Eel River Triple Exultation to New Orleans' Abita Amber. 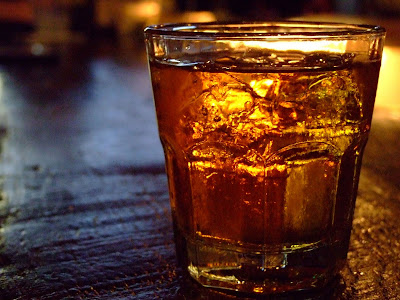 Opening night was expectedly nuts. We wove through the din and saddled up at the bar. Work week strain called for a stiff drink, so I ordered a 14 year old Oban Single Malt Scotch on the rocks. After that, the wait hardly bugged me. Wait - what wait?

From our table, it was clear the opening night staff was beyond weeded by the rowdy TGIF drinking crowd. But more importantly, they were sweet as rhubarb pie. I was once on the opening staff of the Doug Fir restaurant in Portland (took to first table, in fact!) - Thus - I will never complain on an opening night (yes, the computers WILL go down - and did).
That said, nothing took as dreadfully long as was promised. The food came out in little time, or so it seemed (thanks again, Scotch). 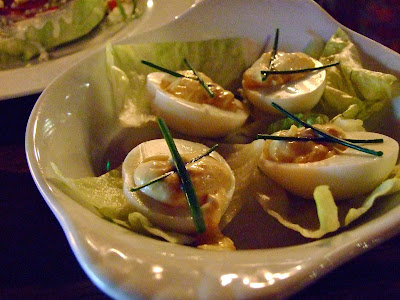 We started with the Horseradish Deviled Eggs. Standard fare, but welcomed all the same. Nice bite from the horseradish. 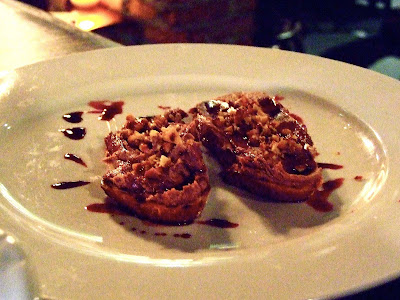 The Chicken Liver Mousse Crostinis were more of a revelation, texturely enhanced with sprinkled crushed walnuts and ever-so-slightly sweetened with drops of port reduction. 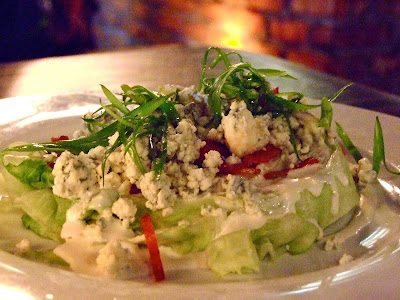 It's a steak place, you gotta get the Iceberg Wedge. More of a slab, this wedge is drowning in tangy bleu cheese dressing, bacon and spring onions - with extra bleu crumbles for good measure. Because we can. 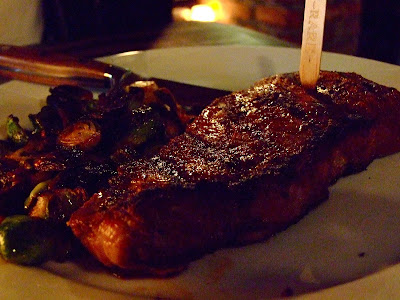 My friend Michael's New York Strip Steak was basically perfect. Amazing seasoned sear, perfectly mid-rare, adequate marbling bursting with succulent flavor. Swoon. The side of Brussels sprouts with bacon literally and figuratively lived in its shadow. But neither of us cared. 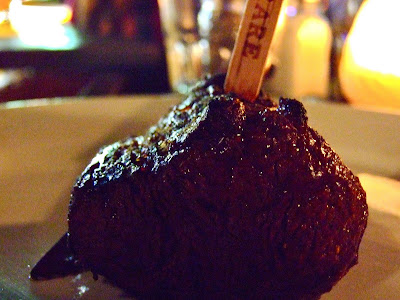 My Beef Tenderloin was a gorgeous baseball of meat threatening to burst. Juicy and expertly prepared - an impressive cut of lean meat. The side of asparagus with Hollandaise sauce was a charming accoutrement. 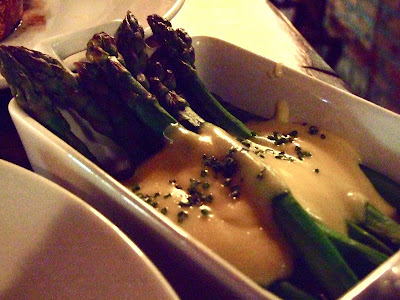 It didn't arrive until the plates had been cleared, but our glasses of Old Chub Scotch Ale (8% ABV, from Colorado's Oskar Blues Brewery) were still welcomed, and sweeter than expected so made an apropos dessert. With brown sugar and nutty coffee notes, it carried less peat than a Scotch barrel-aged ale suggests, but again, so what? It's Friday. Steaks were had. Smooth Scotch. Everything's A-OK. 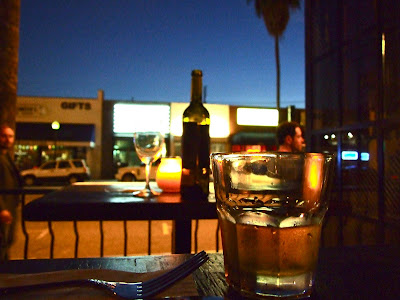