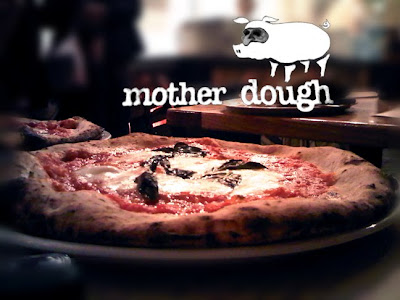 You've probably already heard of it. You know, the new Los Feliz pizza joint that's "better than Mozza." But I'd like to suggest we not compare the two. Mother Dough is playing a different hand, and for the moment anyway winning the Neapolitan game in LA. 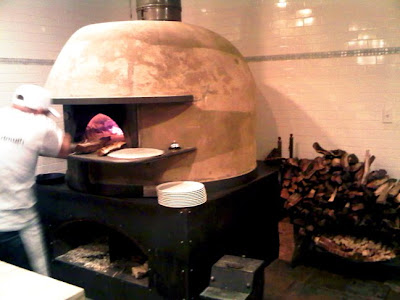 Just one week after supping on Greenpoint, NY's popular Paulie Gee's Neapolitan style pizza, it was refreshing to walk into Mother Dough and find a similarly casual room with a sister 6,000 pound imported high-temp wood burning oven. A single pizzaiolo tossed the pies in and out (for a mere 60 to 90 seconds each at 850+ degrees). I couldn't help but feel a little pride that LA could finally be catching up. 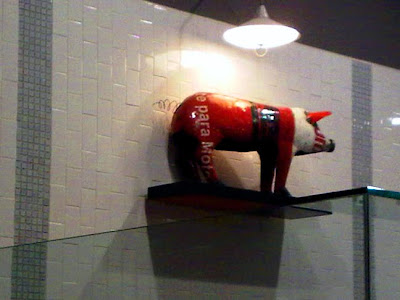 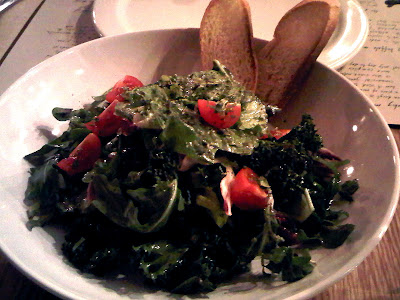 Wind Attack and I snagged the last table (not bad for a Friday night). Our server warned us that the entire room had just ordered and pizzas were running behind. No problem for us, we ordered the mixed greens to start, a vibrant blend of kale, arugula, radicchio, mint, and tomato in a punchy vinaigrette. 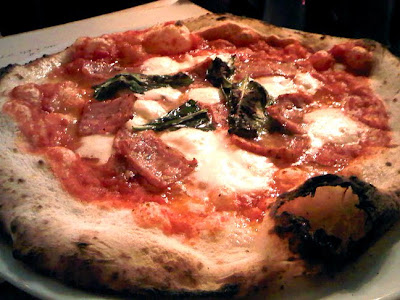 Contrary to the admonition our pizzas didn't take long at all, and even came out at the same time. Mother Dough offers 5 pies (ah, focused simplicity!). We of course ordered a classic Margherita as well as the Whiskey-Fennel Sausage (essentially the Margherita with a few slices of tasty sausage). The pizzas are thin and char-blistered, mottled with bright San Marzano tomato puree and buffalo mozzarella. Each batch of dough carries a small piece of the dough before it (the "Mother Dough" lineage) which baked is chewy and tart, with a soft center and a charred underside that packs a considerable bitterness.
A destination for purists, some may scratch their heads at Mother Dough's pies. The pizzas may not be crowned with squash blossoms, hot chiles or funghi misti, but I bet they can sleep at night. 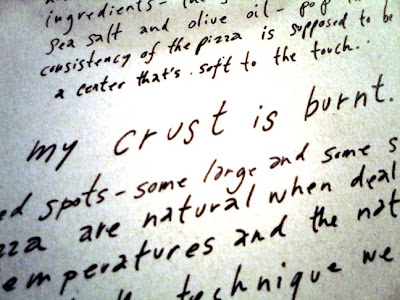 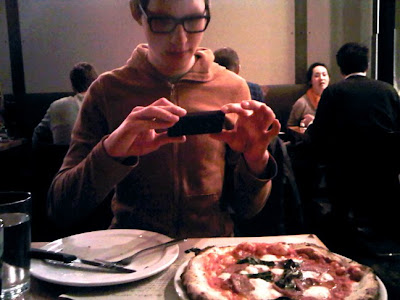