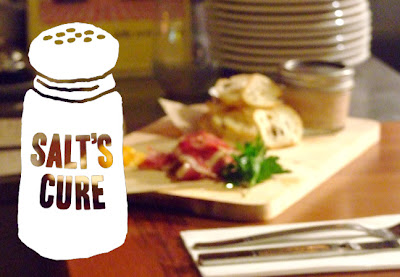 I'm still pretty iffy when it comes to Twitter.
I mean, I tweet... it's just not my forté as far as communication goes. I guess I'm getting the hang of it. "Meeting" some folks and networking a bit. I've definitely never been asked out on Twitter - or have I?
Following Foodbuzz Fest the little bird did deliver one proposition... a tweet from the baking blog goddess Joy the Baker herself:


@windattack @chocomeat i think the three of us should get dinner. there... i said it.

Naturally the Wind Attack and I were down for food fun. But where would our trifecta of particular tastefulness agree on meeting?
Salt's Cure, of course. 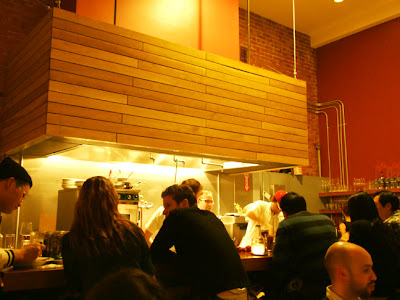 It was a happenin' night at the restaurant, a spare, open-kitchen West Hollywood storefront seemingly operating on word of mouth (no signage then). The bar around the exhibition kitchen was lined with pickle jars and twenty-somethings, the high ceiling collecting the room's jabber and sending it back down in garbled echoes. Joy the Baker was fashionably late and looked smashing. Met by candlelight, the three of us smiled cordially (not unlike a good first date), reviewed the bottle list and got acquainted. 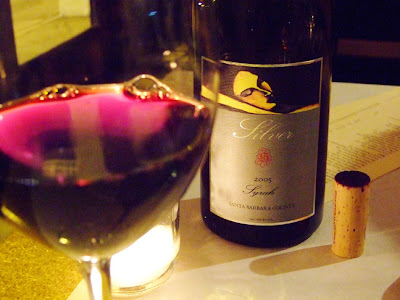 Our server helped us select the 2005 Benjamin Silver Syrah. Round, sexy, bold fruit makes this a lovely food wine, but also just a great WINE wine. 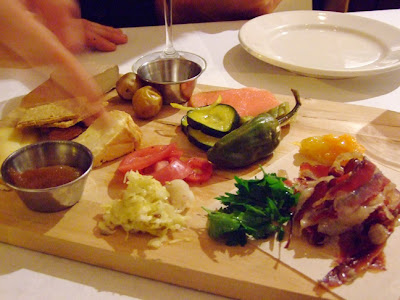 Salt's Cure is a glorified butcher shop, so of course charcuterie is the way to go. We started with the pickle plate and built up a board from there. The house-pickled selection included cabbage, cucumber, watermelon, tomato, and jalapeño. 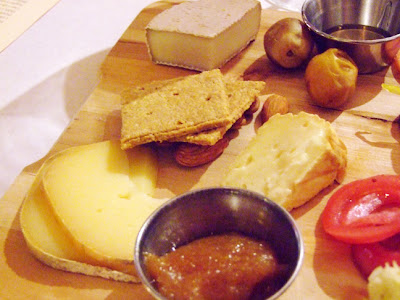 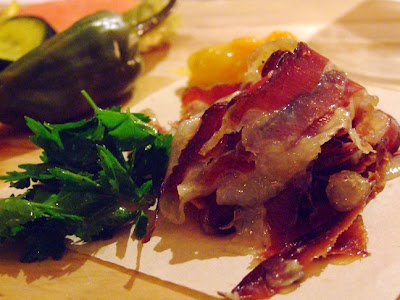 We couldn't resist the sultry duck ham. Who knew prosciutto could get more luxe?! 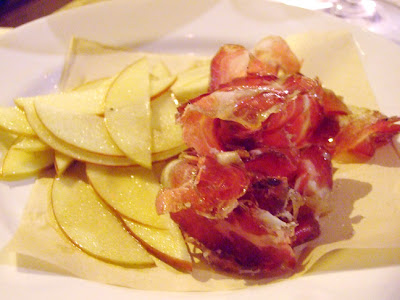 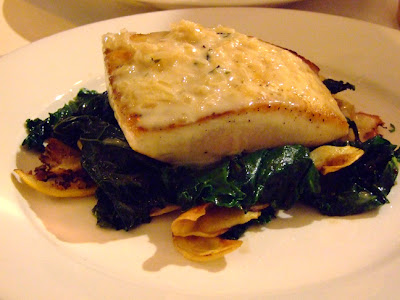 We split two entrees, snagging the last Lemon Snapper per our server's strong suggestion. What a sublime dish! The fish was juicy and tender, bites melting like creamy lemon-zested butter pats. Atop a mound of wilted kale, fried lemon peel and crisp potato sheers, the dish was a triumph of simplicity. It was unaminous - we were in love. 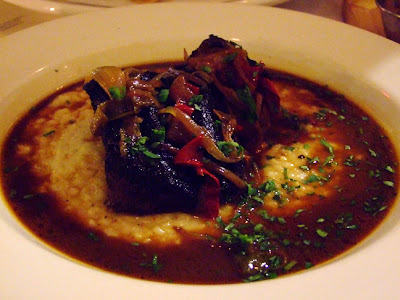 How long could we ignore the other, more fragrant plate on the table? One taste of the Chili Braised Pork-N-Grits and I was smiling. Akin to a REALLY GOOD tamale, the marriage of steamy corn meal product and luscious fork-hugging pork was -as always- simply trouble. We tried to be polite, but crossed utensils more than once over this dish. 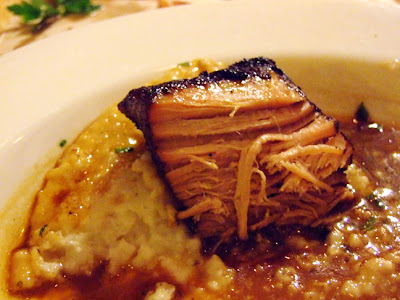 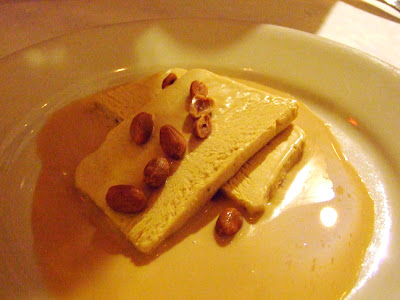 Dessert. First out was a Dulce de Leche Semifreddo, or, an experiment in monochromy. Maybe it was the wine, or the lingering pleasure of the entrees, but I don't recall this one blowing me away (yet I do remember the fresh boiled peanuts on top, which were salty good times). 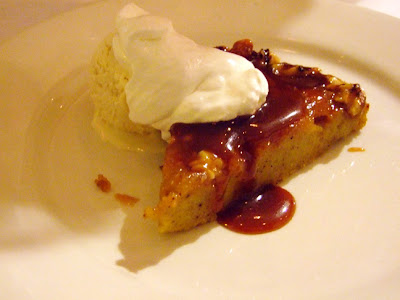 The other dessert, a Sticky Walnut Heirloom Pumpkin Cake was more favorable, if not suffering from an identity crisis. Pumpkin pie? Sticky toffee woohoo? Cake?? Whatever the genetic makeup, it was a toothsome end to an impressive display from Salt's Cure - A very welcome LA addition, especially in a neighborhood known for... Well, I think there's an Astro Burger close-by? 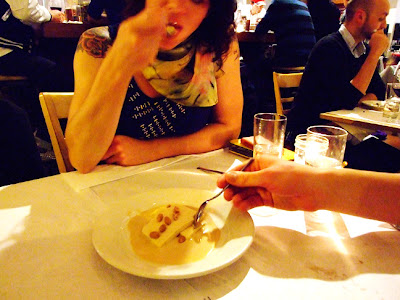