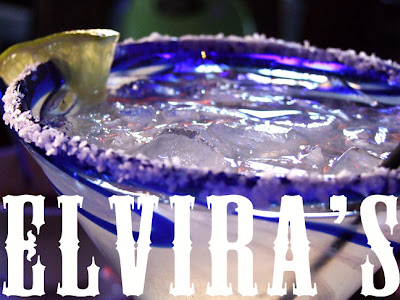 Growing up in Tucson made me relatively confident about a few things from a young age: 1) Desert survival, and 2) A palate for superior Mexican cuisine. Nestled in the foothills of the Sonoran desert, Tucson is just a short cruise up a dusty old highway from Mexico. I have many childhood memories of warm sunny afternoons in Nogales, our border town, waiting outside of la farmacias beside dried iguanas for my aunts, hunting for the perfect el payaso marionette all day in cobblestone alley marketplaces, trying my hand at bargaining, and my first taste of tequila from a clay cup filled with fresh muddled mangoes and limes. To this day one of my most exciting ambient dining experiences was at La Roca, a restaurant built into the rock walls of hilly Nogales.
Several years ago, one of Nogales' other prized restaurants Elvira's (est. 1927) closed -- But luckily for Southern Arizona's lovers of  Chef Ruben Monroy's blend of contemporary and clasico Sonoran style cooking, Elvira's has re-opened, north of the border. 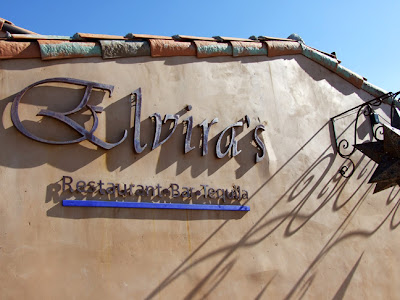 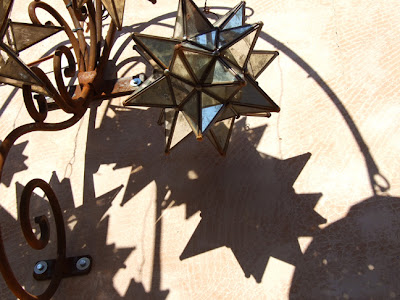 Now helming the small artist community of Tubac (23 miles north of Nogales), Elvira's new space is a proud frontispiece of Chef Ruben Monroy's other faculties (he holds degrees in both graphic arts and interior design). Metal piñatas, candles, monolithic ceramic pineapples, star lanterns, carved wooden angels and more hanging glass teardrops than you can shake a stick at fill nearly every interior surface. Like his cuisine, Monroy blends old Mexico and new, but through a whimsical looking glass. 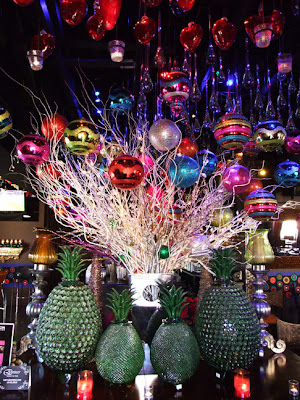 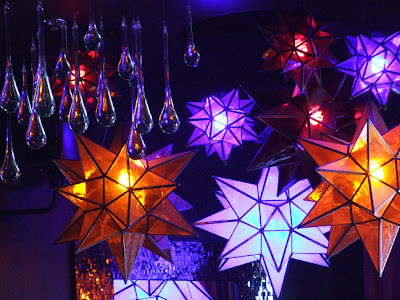 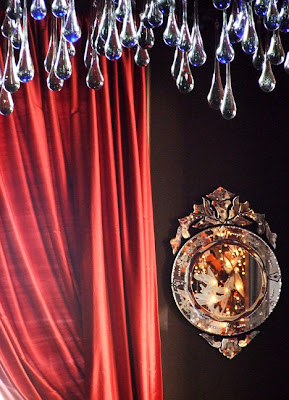 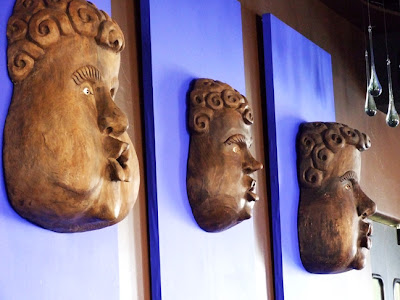 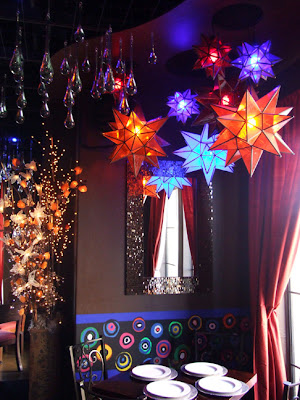 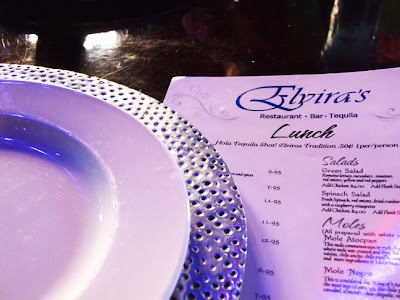 My mother, sister, two nieces and I drove down for lunch one brisk desert morning over the holidays. Slightly stunned by the elaborate decor, we were even more struck by the menu - how would we decide when there are five different dark moles alone? 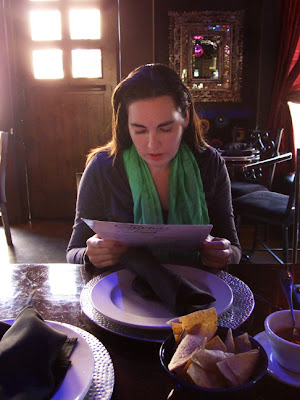 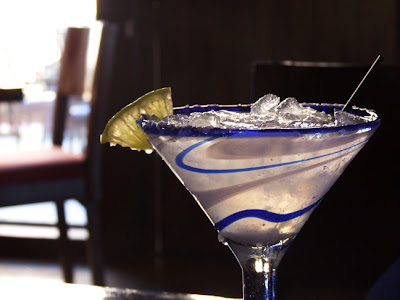 Luckily drinks are a no-brainer. Elvira's house margaritas are as good as top shelf most places, thanks to fresh lime and expert balance of sour, sweet, and salty. 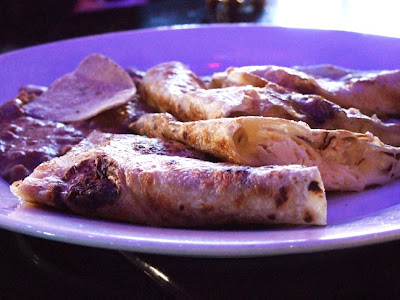 For the little girls we ordered a quesadilla with roasted chicken and chihuahua cheese. The simple preparation was surprisingly outstanding due to superior homemade flour tortillas and plump roasted chicken. 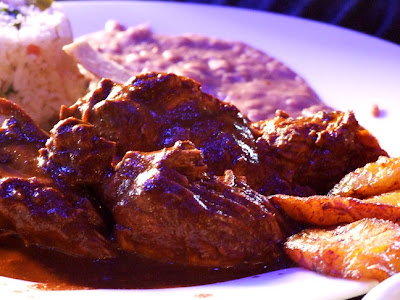 My sister ordered the classic Mole Negro - the "King of Moles" due to its high number of ingredients (34), including chile pasilla, banana, chile cascabel, almonds, and chile chipotle. Robust and delicious! 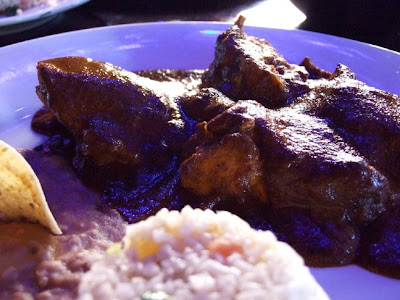 I got the Mole Atocpan, which came with a back story. The menu printed that this mole commemorates the 75th anniversary of the town where mole was created - San Pedro Atocpan near Mexico City. This is problematic because clearly the town is older than that! However a little research found that in 1940, Father Damian Sartes San Roman came to the parish of San Pedro Atocpan and saw the potential in marketing the town's various moles -until then only made for special occasions- as a way to raise living standards in the area. 75 years ago would roughly mark the initial trips into Mexico City to spread the magic that is mole to the mainstream. To this day every October there is a mole festival in San Pedro Atocpan.
This special recipe is actually one of the better moles I've ever tasted. Somewhat sweet and spicy with incredible richness and depth from raisins, chile ancho, chile pasilla, cocoa, cilantro, cinnamon, and more. 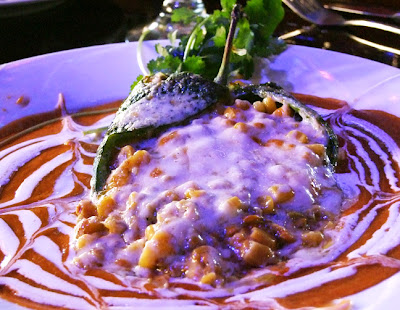 My mother went lighter with the Chile Poblano "Frida Kahlo" - more of a New Mexican dish. The poblano was stuffed with squash blossoms, roasted corn, queso chihuahua, and covered with bean, chipotle sauce. The flavors were tasty albeit simple, yet overall the least winning of our selections.
All in all Elvira's was more impressive than we expected, and a perfect fueling stop before heading down the frontage road to the tiny mission town of Tumacacori where my favorite spice station lives - Santa Cruz Chili & Spice Co. 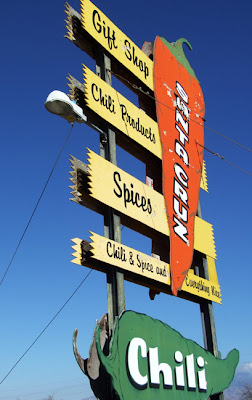 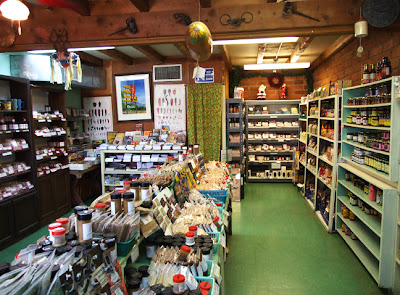 The intense bouquet of scents that greet you at the door of this humble red brick chili roasting factory and spice shop is tangible. My four year-old niece said she "had a headache" and asked me to go play outside with her due to the smell, yet I was actually starting to get hungry again. An overflowing shopping bag of earthy red chili powders, herbs, spices, mesquite-smoked salts and hot sauces later, we were back on the old highway. Add a fresh tortilla and tamale stop at Mercado Y Carniceria El Herradero back in Tucson and you have, in my book, the perfect Southern Arizona afternoon. 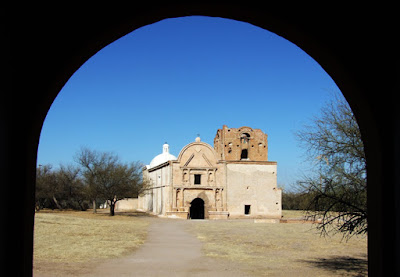