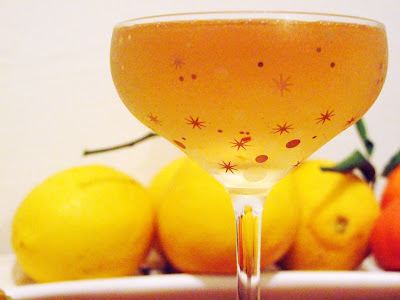 It's easy to blame "the holidays", meanwhile watching the weeks tick by, my patient ChocoMeat giving me puppy eyes from its browser tab.
Just as I was starting to feel like Patrick Swayze realizing he's in fact a specter, I received a letter from the Secret Sherry Society, who I first became acquainted with at the International Food Blogger's Conference last August when I enjoyed a happy hour featuring their tasty sherry cocktail concoctions paired with authentic Spanish tapas. I felt very honored as their letter was inviting me to be one of the Secret Sherry Society Vault's guest bloggers of the week. An entire post about my new favorite fortified wine? Splendid! But what would I write about?

Next thing you know I'm drunk alone in my kitchen on a Saturday morning, stirring Amontillado sherry with Torani Amer, Old Overholt rye, and orange bitters. Several dumped drinks, small victories and one sticky countertop later and I have a final draft, which incidentally references the traditional Basque dessert Peras al Vino. So I named the cocktail after the Spanish pear Conferencia, as it relies on subtle aromatics of dry pear brandy, woodsy cinnamon bark and a touch of orange oil to enhance the smooth almondy character of the sherry. The recipe:


Combine all ingredients in a shaker with cracked ice. Shake lightly and strain into a chilled cocktail glass. Garnish with a flamed orange peel.

Because sherry is so food friendly, I couldn’t help but whip up a quick tapa to compliment the cocktail. Get the recipe for these prosciutto and almond stuffed fried olives and read my full guest post at secretsherrysociety.com 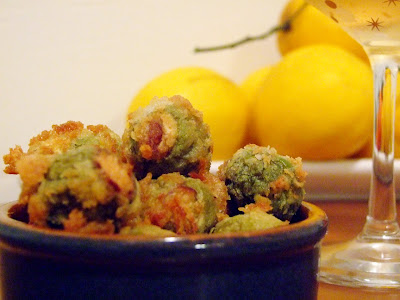