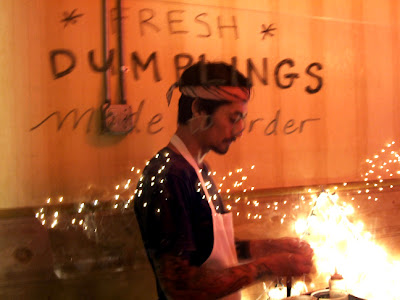 San Francisco is a kick ass food town, this we know. So when in Rome, how does one pick a dinner destination when there is only one slot to fill? How can you ever decide? Well, apparently just ask Lessley Anderson. She seems to always be right, and suggested without hesitation Mission Chinese Food. Once the popular Mission Street Food, the owners took their popular dishes indoors. A funny "in-the-know" type of joint, Mission Chinese Food is a pop-up inside of another restaurant - the divey Lung Shan Chinese Restaurant. Both menus are served, but the waiters seem to know which menu to drop by the table. 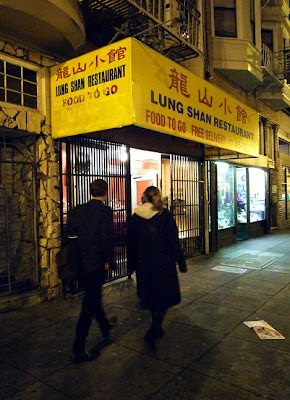 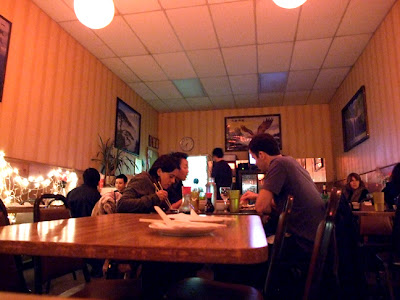 Perhaps due to their name and surroundings, the Mission Chinese chefs are careful to disclaim their craft, plainly labeling their offerings "Americanized Oriental Food." They are quick to bolster the term, stating: "Though we'll focus on Chinese food, we're leaving ourselves the freedom to incorporate other Asian flavor profiles. Our use of the term "oriental" is not meant to be offensive. The word is derived from a root meaning "eastern," which represents a Eurocentric orientation to Asia, and it was most often used in a bygone era when Europeans viewed the regions east of the Mediterranean as exotic lands full of "romance and intrigue." For us, as Asian-American cooks, using this loaded term is an indictment of the Eurocentricity of fine dining, but it's also meant to desensitize the term in that transcending-racism-by-not-interpreting-every-single-thing-as-racist way. You know, like the "queers" did." (cite) 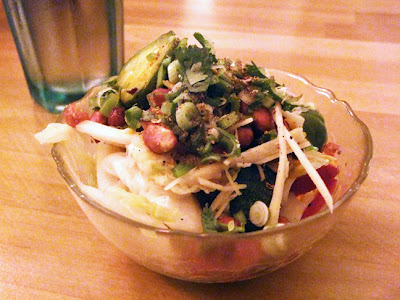 This open approach to the cooking has brought an intoxicating array of atypical dishes to the menu. Selecting was near impossible. We decided to start with the tart and spicy Szechuan Pickles - Salted pickled cabbage, cucumber, roasted peanut, fresh coriander, and chili oil. 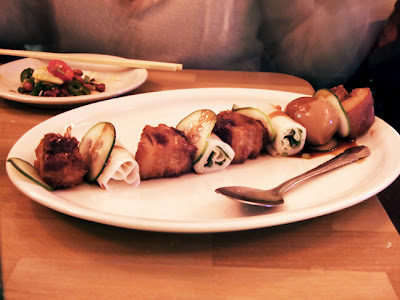 The slow-cooked Char Siu Pork Belly with tea smoked egg, ginger scallion, rolled noodles, and cucumber was melt-in-your mouth rich. Indulgence that can't not bring a smile to your face. 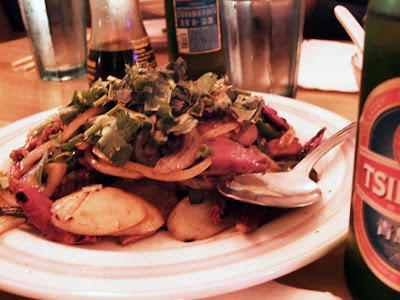 The Thrice Cooked Bacon was smoky and spicy - Thick cuts of meaty bacon tossed with rice cakes, bitter melon, tofu skin, scallion, black bean, and chili oil. A contender for favorite, the texture was as interesting as the flavor profile. Where have stir fried rice cakes been all my life??? 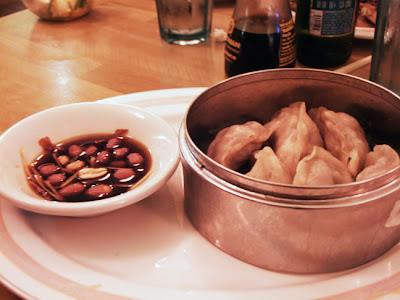 The Westlake Lamb Dumplings -my other favorite- were handmade several feet away from our table. The lamb was terrifically spiced, steamed in freshly made rice dough, served with braised peanut, coriander, dill, and brown rice vinegar. Shockingly toothsome. 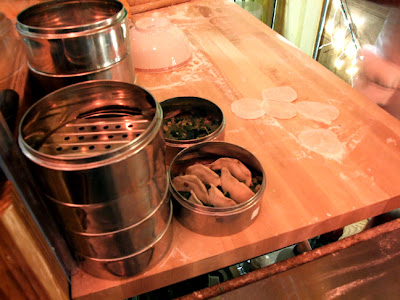 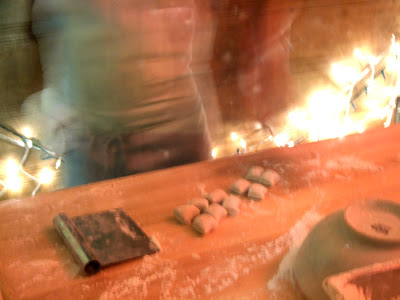 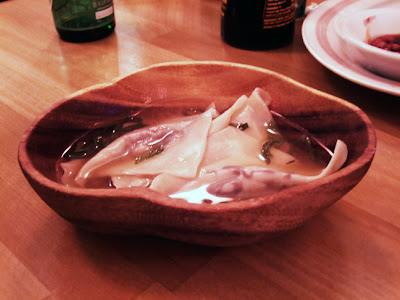 Lastly we sampled Lung Shan's Vegan Delight with shitake and oyster mushroom dumplings in miso soup. The light dish worked well as a palate cleanser after such a rich and incredible meal.
We sat in blissful awe, finished our beers while laughing, the soft chopping and forming of dough on the wood counter behind us. The hushed sound of happiness being wrought into consumable form. 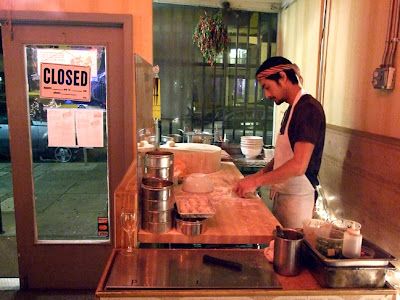