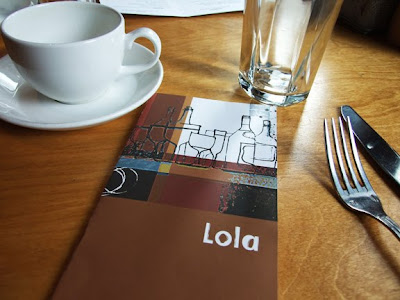 Though just a night prior Nicole and Jon had taken me to another restaurant of Tom Douglas' repertoire, they promised starting the day at Lola (widely known as one of the best brunch bets in town) would not disappoint. 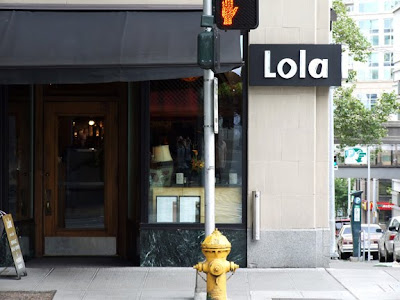 Located downtown (Douglas' empire lies within blocks, and sometimes steps of each other), we lounged by the fire in the lobby of the adjoining Hotel Andra while we waited for our table. I was getting hungry, but already sensing that good things were to come. 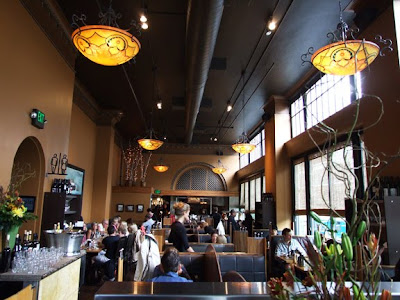 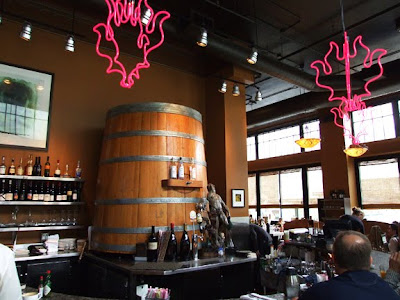 As soon as we sat, Nicole asked for an order of the doughnuts for the table. I already liked where this was going. 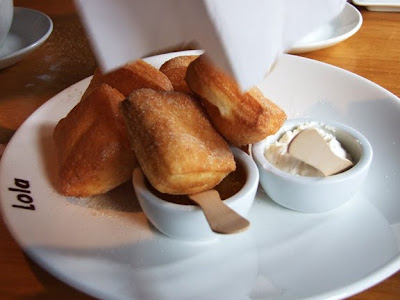 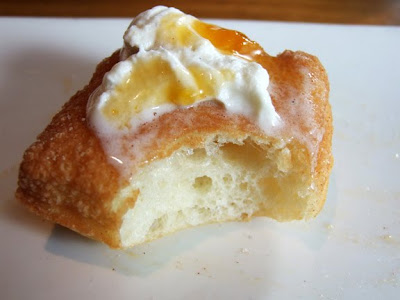 The made to order doughnuts came out in a white paper bag, and were dumped onto a plate beside fresh apricot jam and vanilla bean mascarpone. The cinnamon-sugary doughnut aroma swept across us, and I pushed my coffee aside and went for the wooden paddles to swathe my warm pastry in the fruity, creamy goodness. Heavenly! 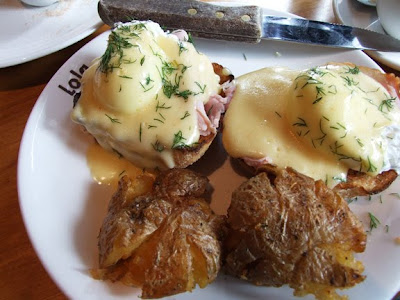 I was informed that Lola's smashed garlic-fried potatoes were not to be missed. Always a skeptic about breakfast potatoes I was curious to give them a shot. I chose the Eggs Benedict, with Bavarian Meats ham, dill hollandaise, and two smashed potatoes. Any breakfast that requires an over-sized steak knife is generally a good thing, and this hearty benny was no exception. My favorite part was the pillowy homemade English muffin, though these famous potatoes were certainly golden delicious. 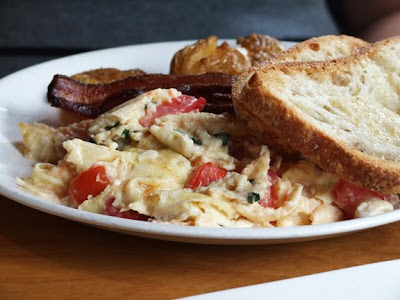 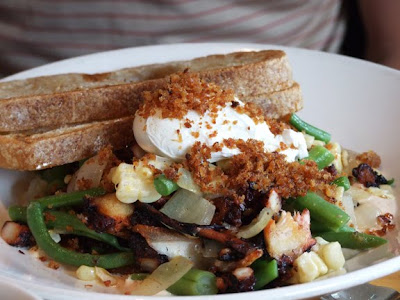 Jon opted for the dish he'd always debated trying, Tom’s Big Breakfast, a hash of grilled octopus, green beans, sweet corn, sumac yogurt, poached egg, and bacon salt. The curious concoction was bold and unique, the meaty octopus a rather fitting breakfast protein. I had to ask if I could try another bite to process all of the flavors. 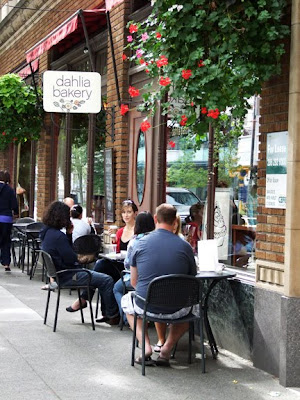 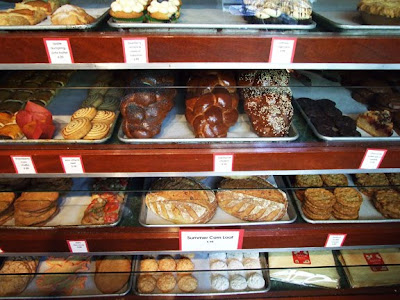 Across the street is Douglas' Dahlia Bakery, the provider of Lola's baked goods. We peeked inside after brunch and I was tempted by the glossy loaves of challah, but held back. The Seattle eating tour had barely begun....