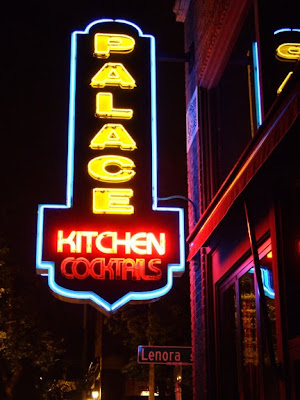 I grew silent in the back seat suddenly, rivulets of electric orange and lilac light fading behind cut-outs of woolen clouds and the hard edge of the black pines. Crisp wet wind forced its way through the open car window, rifling my combed hair. The Northwest preened itself and I paused to breathe in the twilight, embracing its glory again for the first time in years. Turning my eyes forward again I resumed the usual post-aiport banter with the front seat, my gracious Seattle hosts, rockstar chef couple Nicole Burrows (chef at Collins Pub, formerly of Carmelita) and Jon Pipenbrink (Oddfellows), who not only were putting me up while I was in town for the IFBC, they were also about to spoil me rotten every second I wasn't at the conference.
Starting now.
"So what do you want to eat first?"
It was a chilly Thursday night in Seattle, and the suggestion of a cozy booth at Tom Douglas' Palace Kitchen fit the bill for drinks and a late bite. 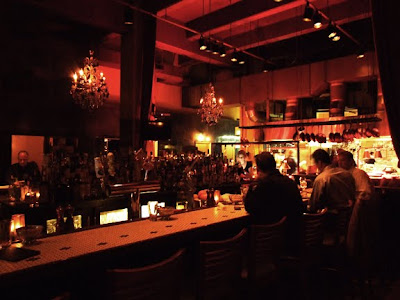 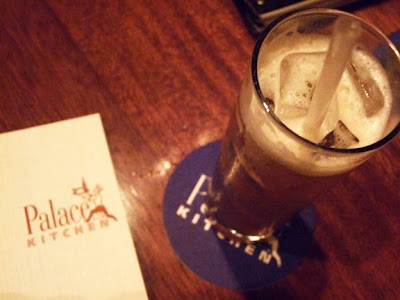 Travel is always primer for a cocktail, and I was overdue. I selected the delectable sounding Prosser Punch, a frothy concoction of Maker's Mark, sage, earl grey tea, and apricot puree made with fresh fruit from Tom Douglas' own Prosser Farm. Gorgeous late summer in a glass! 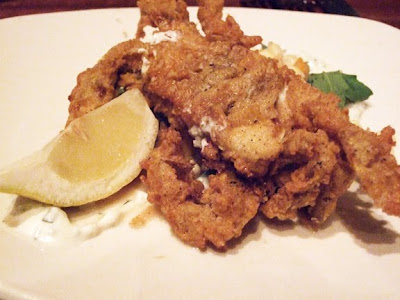 The most tempting dishes came from the small plates section, so naturally we selected several to share. First to arrive was the buttermilk fried soft shell crab with sweet corn salad, arugula, and sour cream dressing. Possibly my favorite of the night, the delicate buttermilk shell was a heavenly vehicle for the warm and succulent crab, so delicious swathed in the cream dressing and a squeeze of lemon. 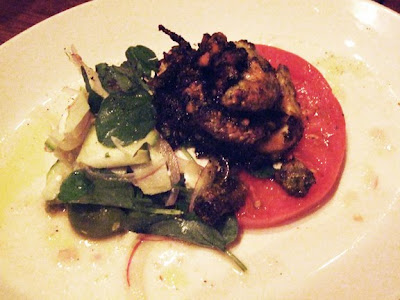 This photo does not do our next dish -the grilled pacific octopus- justice. Expertly blackened so that the meaty center remained tender, the octopus, with shaved summer squash, chermoula, and tomato was consumed almost immediately in a flurry of dexterous forks. 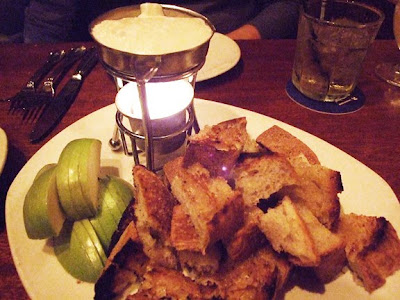 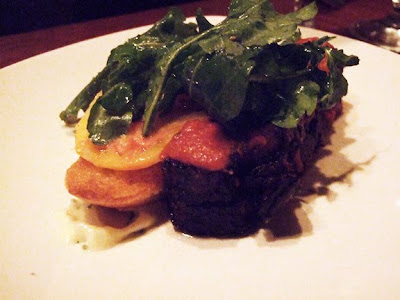 Palace's "B.L.T." came composed on a plate, tomato braised pork belly stacked beside a smear of aioli, bacony toast, heirloom tomatoes, and a crown of arugula. Not the most exciting of the batch, but the juicy pork belly still hit the spot. 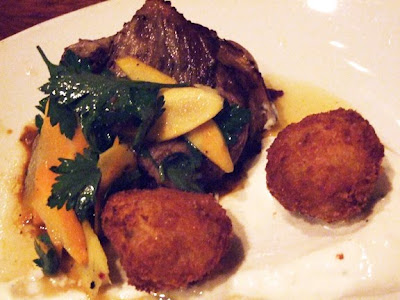 Last was a plate of thin-sliced smoked kobe beef brisket, with tasty little gruyere potato fritters, smoked tomato and pickled carrot. A novel presentation of brisket, I think we all wished it were stuffed inside a warm roll, as it would make an ideal sandwich. We also wished for several more fritters! 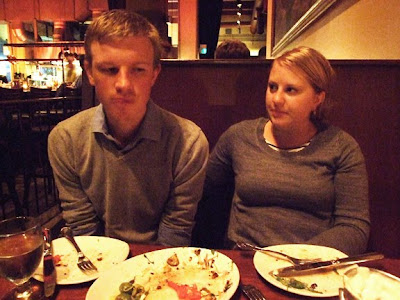 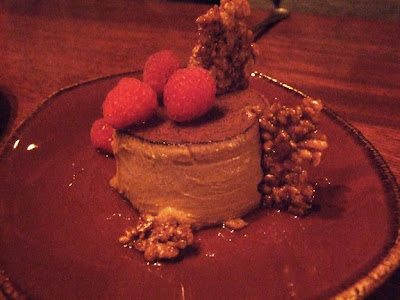 I let Nicole and Jon pick the desserts, and certainly was not disappointed. The milk chocolate crème caramel was silky malty perfection, completely winning me with the cocoa krispy crisp, a nod to childhood decadence. 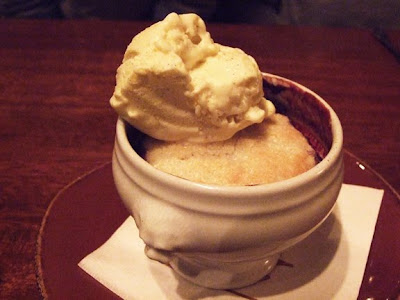 Finally, the basic blackberry cassis cobbler with vanilla ice cream (which admittedly I would have passed on) was exactly what (I didn't know) I wanted. Bursting with juicy Northwest berries, flaky warm pastry and fresh melty vanilla bean ice cream, the cobbler encapsulated the priceless bounty of Washington and reaffirmed just how excited I was to be there for the weekend.