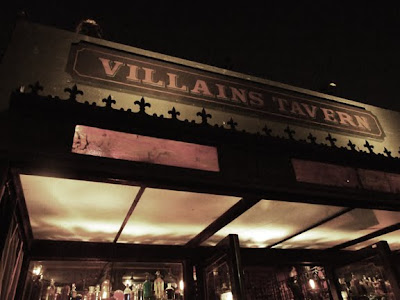 In a dark and unsettlingly quiet corner of downtown, a howl could be heard last night down the corridors of solemn warehouses. As I approached the isolated bedlam Villains Tavern, the howl became distinguishable live music, a mob of marauders crowding the apothecary bottle-windowed bar tipping back samples of Villains' potent rye Manhattan. I felt my Mr. Hyde take over as I pushed my way to the bar to pick my poison. 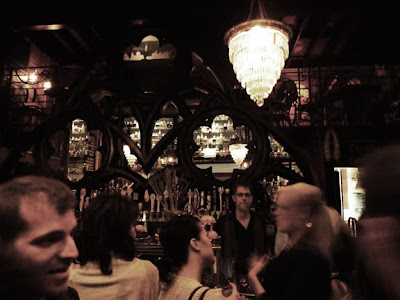 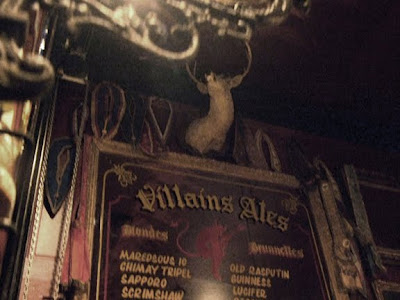 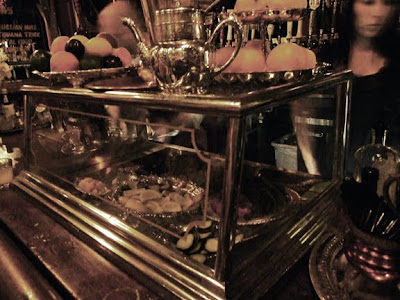 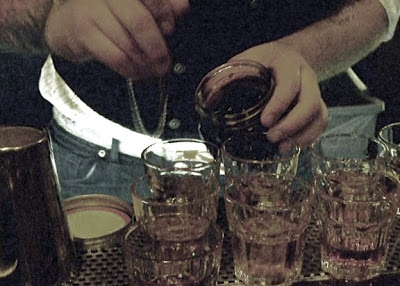 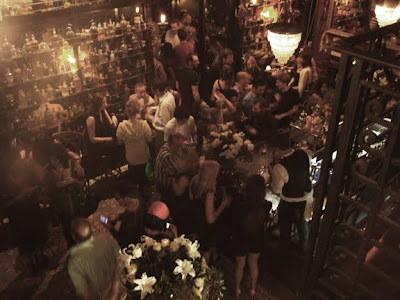 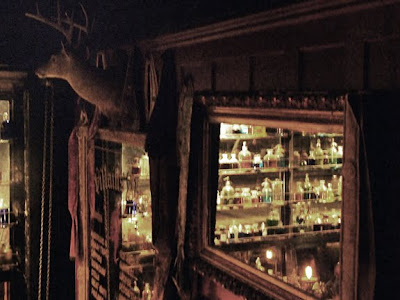 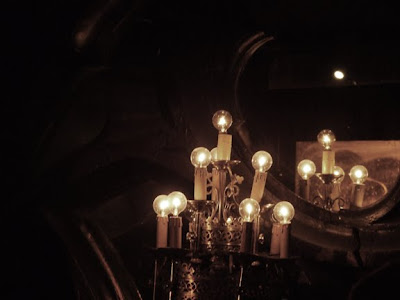 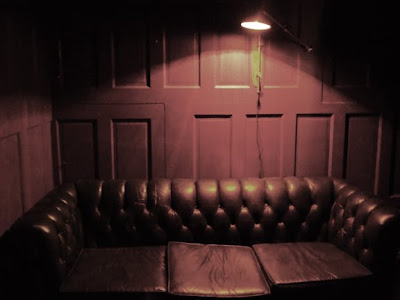 The scene is set for perpetration at Villains, with another winning interior by designer and restaurateur Dana Hollister (Bordello, 4100, Brite Spot, Cliff’s Edge). The buzzword has been "steampunk", but Villains speaks more Jack the Ripper to me, with repurposed gothic church windows, a bar from an 1880s tavern, and apothecary bottles.. just about everywhere. Red paneled walls and silk lampshades add a sultry touch to the lofted lounge behind the bar. 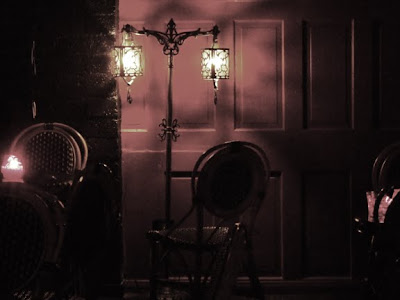 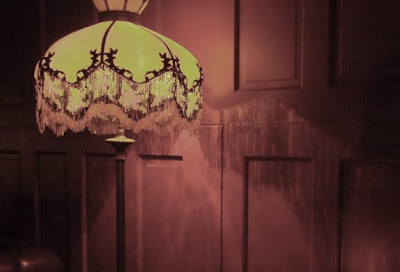 The 1,600-square-foot wrap-around patio is easily the largest downtown outdoor space for high jinks, with a live music stage, plenty of church pew seating, and even shuffleboard. The second bar outside serves 28 draft beers in chilled mason jars, all pairable with one of twenty shots for only $8. Beat that with a stick. 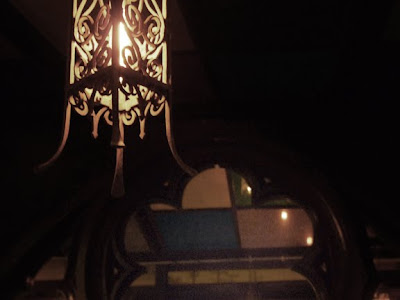 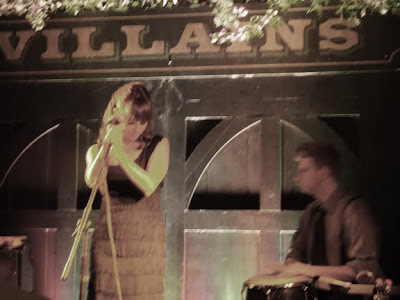 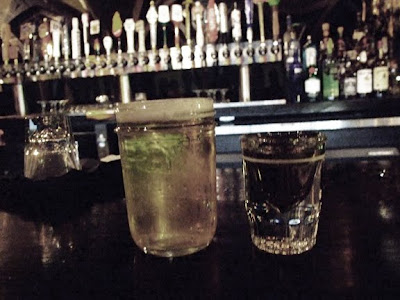 All in all, Villains promises plenty of mischief in a new pocket of downtown, where it'll always be a full moon. 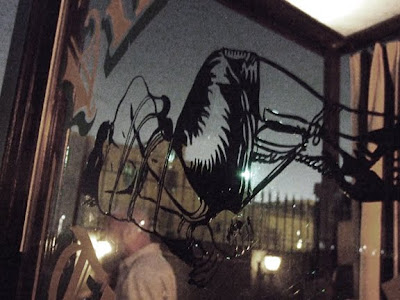