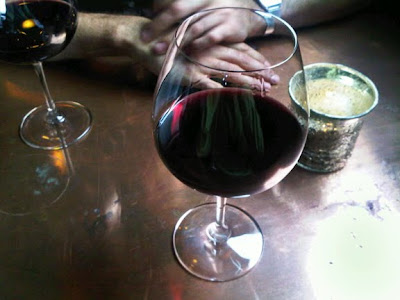 Something about the unmarked re-purposed wood and brick storefront let me know I had found Covell before the valet sign confirmed it. I know this part of Los Feliz well, and a 'happening' energy on the south side of Hollywood Blvd across from Umami Burger is, well, as rare as Umami's burgers. But inside of Covell -not yet a week since the neighborhood wine bar opened- every chair, stool, and standing spot at the bar was filled. All but one near the door which I grabbed. I started fiddling on my phone until my companion arrived, but despite the madness, I looked up to owner Dustin Lancaster (formerly of Café Stella) asking what I'd fancy to drink. I already liked this place. Only he and Matthew Kaner (of Silver Lake Wine fame) were manning the bar, but the twinkle in Lancaster's eye when I asked how the week had been going was explicit. "Better than we could have expected." 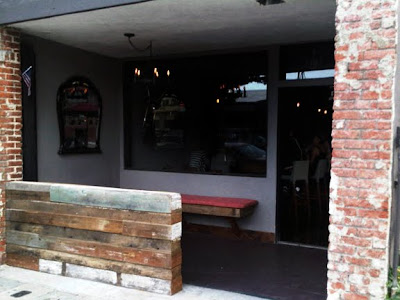 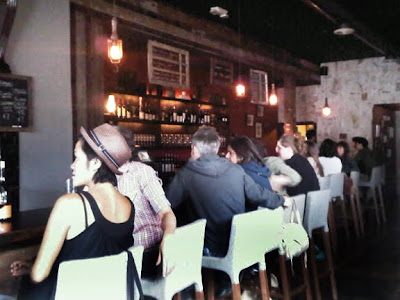 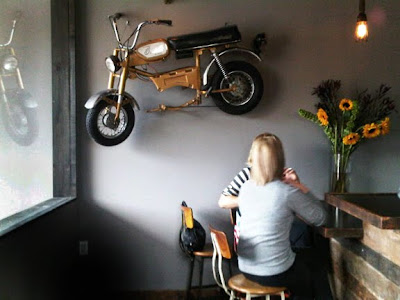 You can expect some personalized attention in selecting the right glass for you at Covell, which might just end up being Kaner's own AM/FM Syrah. The glass pours average $10 and selection is ever-changing (and note: popping a cork from the bottle list for a glass isn't out of the question either). Soon Covell will be adding a light nosh menu by Matthew Poley (of Heirloom LA) and cheese plates by Paige Handler (of the Cheese Handler and Pizzeria Mozza). Yep, it's the cool kid's club, but here's the kicker - You're invited! 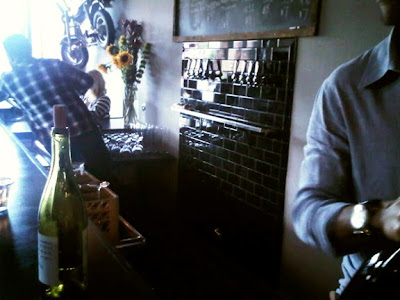