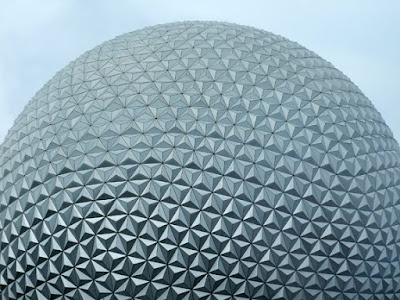 This was the day I had been waiting for. World Showcase day at Epcot! 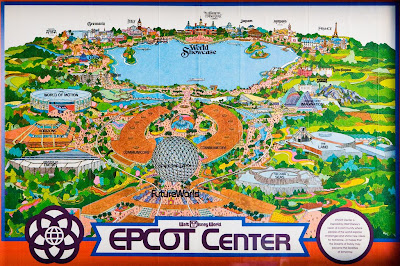 Situated around the massive World Showcase Lagoon, 11 countries are represented by pavilions distilling the essence of place through architecture, food, drink, shops, and even people (each pavilion is staffed through an exchange program with the corresponding country). 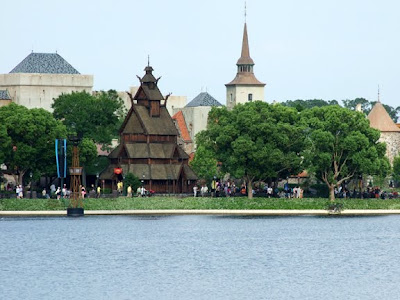 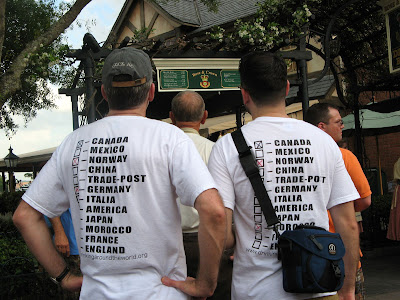 What made our embarkment all the more exciting was the [silly, albeit awesome] t-shirts my sister found online, stating "Drinking Around the World" on the front, with a checklist on the back... My father and I had a few goals for the day. And Epcot caters to such goals openly, with remarkable alcoholic options at every turn. Take that, Disneyland! Here you can wander about with a beer, bubbly, sake, or blended boozy beverage freely! 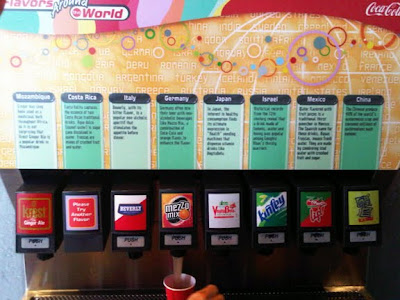 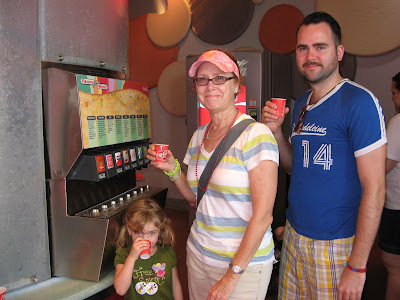 Just before the bridge to the World Showcase, a Coca-Cola sponsored shop is a fun stop for the all-ages contingent, featuring fountain sodas from around the globe. Some highlights include Italy's bitter Beverly (a shocking red palate-cleansing apertif soda), Germany's Mezzo Mix (a tangy blend of orange and cola, popularly mixed with beer), and Israel's Kinley (a crisp ancient blend of lemon, water, and honey). 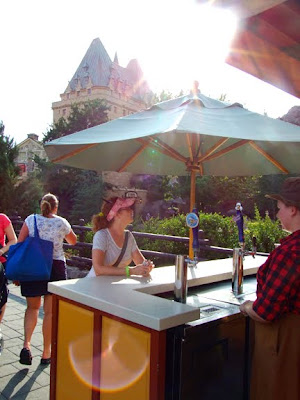 Our alcoholic expedition began in Canada, where a beer cart offered Labalt Blue and Moosehead. A pint of the latter started things off... 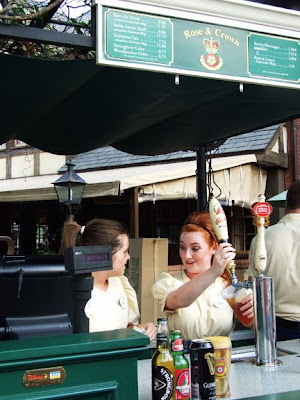 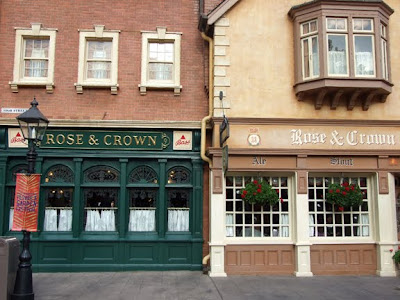 The British barmaids at the Rose & Crown crowed at our shirts ("we've not seen those before! Brilliant!") and poured us tall Bass beers for our stroll, poking into a Twinings tea shop stocked with assorted exported sundries. 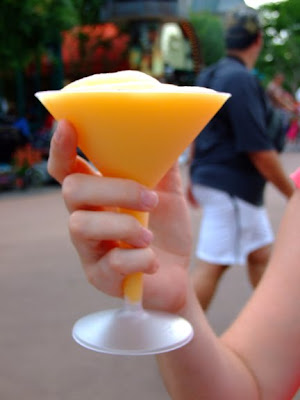 In the metropolitan Parisian sector, a frilly French drink was one of our faves, a Grand Mariner slush! 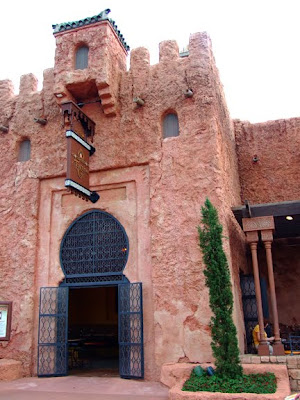 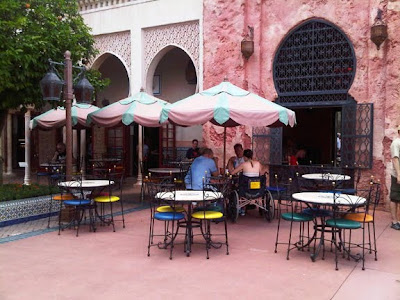 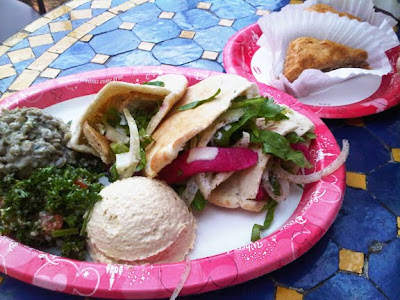 In Morocco we had some mini shawarma pitas and baklava with our Casa Lager Beer ("The original beer from Casablanca"). 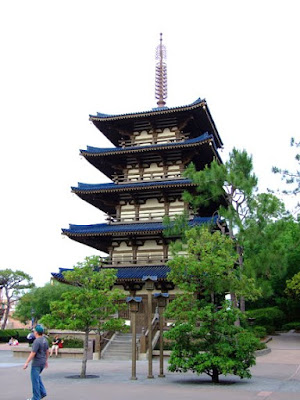 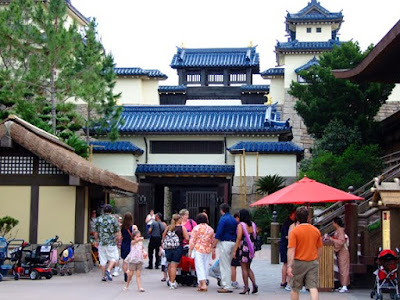 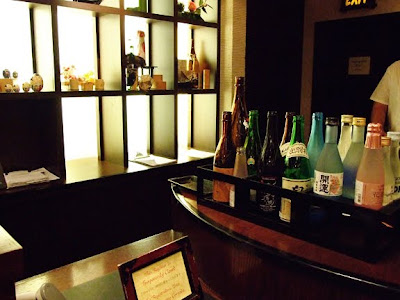 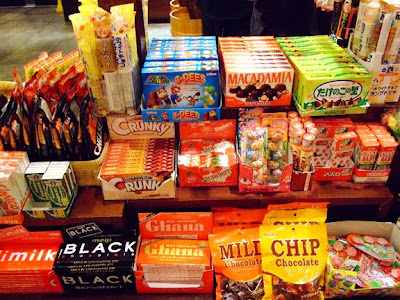 Japan was special... Sipping a sake and perusing the Tokyo-esque mall full of anime dolls, kimonos, pottery, and edible goodies was fun, but what won us over was the artist making incredible sculptural candy on the corner. She magically manipulated sugary rice paste into shimmering flamingos and dragons before our eyes... 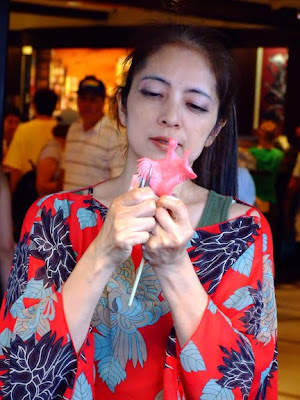 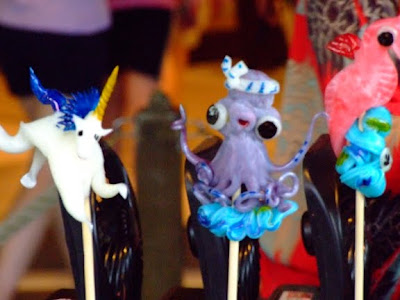 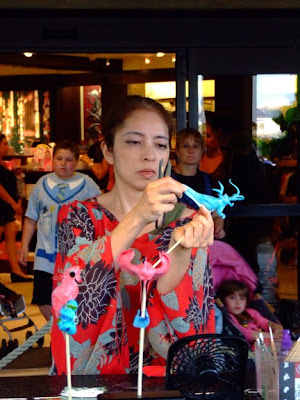 By the end of her presentation I was feeling a little drunk and then lost my family in the shopping center. I was excited to see that in the back of the shop there's a tiny sake bar that does flights and tastings, but oh boy, I had to move on... Only halfway down the list! 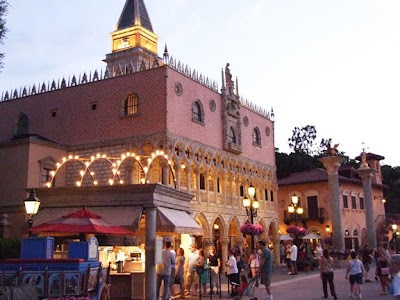 We skipped America. Night was falling and it became clear we would need to be wheeled out if we drank THAT many drinks (my father and I were already on to sharing at this point, tipsy and giggling more than my nieces). And we drink in America everyday. A Budweiser product would not be necessary. We moved on to Italy, where a walk-up bar was making another lovely frozen concoction, here of limoncello, grappa, and lemon! 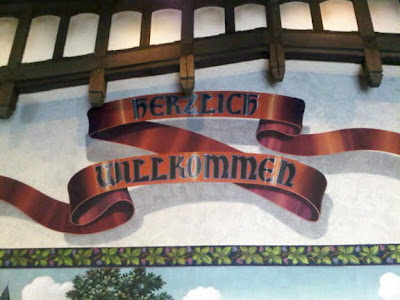 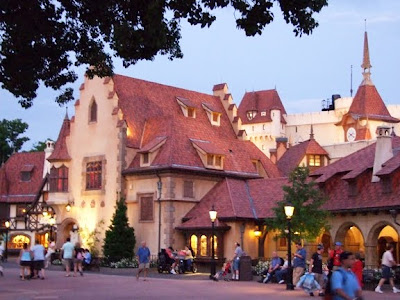 We had Spaten beers and sausages in Germany, and checked out the wine shop and Christmas market. 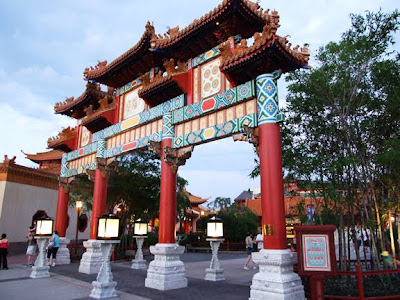 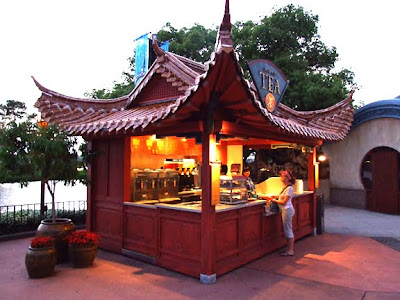 It was time to secure a viewing spot for the popular Epcot fireworks spectacular over the lagoon, so mom and I ran ahead to try to grab another snack and a couple more drinks to further the list. In China we picked up bbq pork bao, spring rolls and Tsingtao Beer from a stand. 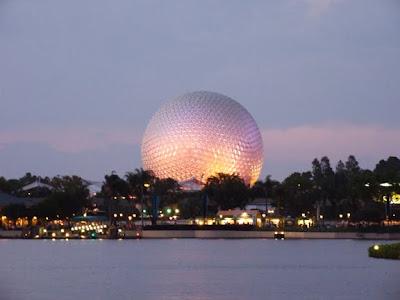 My mother turned back and I continued making my way to Mexico (at the far end of the lagoon), for a cloying machine-made margarita, then grabbed a generic Australian IPA at "Trade-Post", a bizarre representation, seemingly for Africa and Down Under?? And ran back just in time for the rather impressive pyrotechnics show to start. 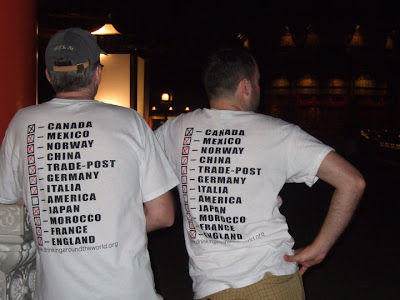 All and all, not too shabby. I'm not sure how I was standing, but somehow felt OK by the drive home (no, I was not driving). Of the WDW parks, Epcot clearly won the award for most adult-friendly and with the most eclectic on-the-go food options. 2 Thumbs up! 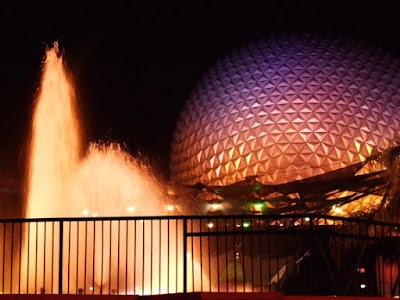