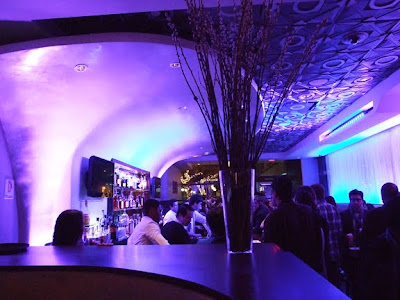 A weekend morning at Sunset Junction is never complete without a good haunt at Barkeeper - possibly my favorite retail shop in the city. A couple of weeks ago between flirts with the bitters and artisan cocktail syrup selections (by way of the patient and always enthusiastic sales clerks), a flier on the counter caught my eye. The following night Iron Bar Chef Tony Abou-Ganim was having a cocktail book launch at the new First & Hope Downtown Supper Club, featuring visiting bartenders from around the country - and I had already decided I was most definitely going to attend. 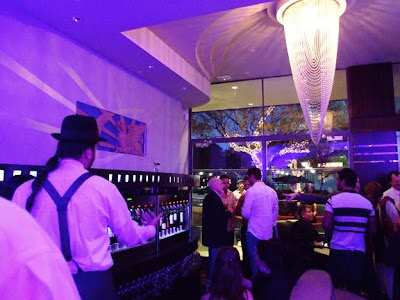 A burst of life tucked back in the corner of a sleepy business complex a block from the Walt Disney Concert Hall, Fist & Hope is an unexpected high class joint. A flight of regally dressed ladies greeted us inside the glass doors, an oblong divan, draping chandelier and enomatic wine system pulled our attention toward the bar side. A gorgeous gleaming wood bar, curving walls, deco ceiling tiles, and cool-toned lighting effortlessly created a chic mystique. 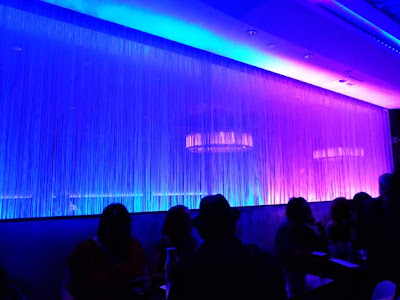 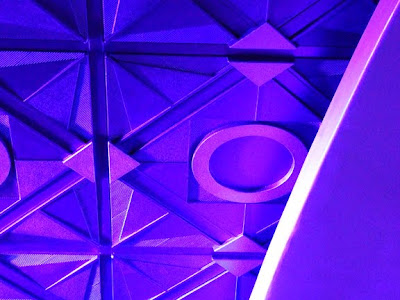 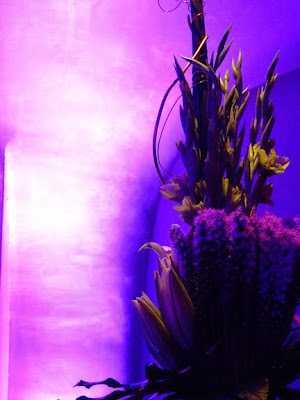 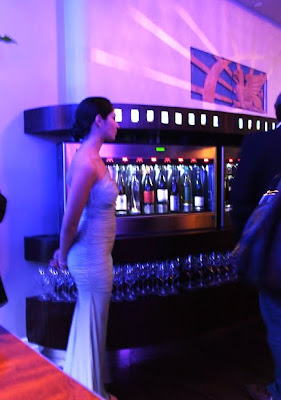 The uniforms at First & Hope are simply impossible to ignore, perfectly tailored satin grey numbers on the ladies and fitted white cocktail coats on the men, evoking a vintage elegance a la Mad Men - appropos as we found out costume designer Janie Bryant of Mad Men designed the meticulously fitted get ups. 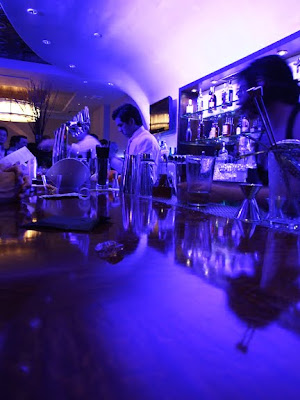 The evening's premiere event Red Rover, Red Rover got its name when cocktail consultant for First & Hope's beverage program Aidan Demarest decided to bring over an array of visiting mixologists for the debut: Erick Castro of The Rickhouse in San Francisco, Misty Kalkofen of Drink in Boston, John Lermayer of the Delano Hotel in Miami, and Juan Sevilla of LA’s Soho House. 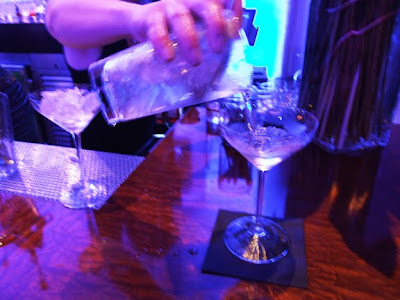 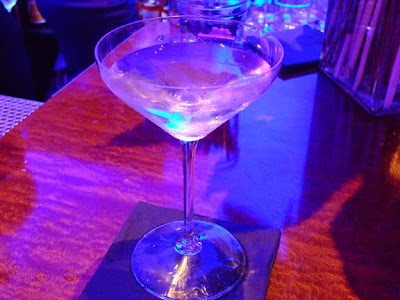 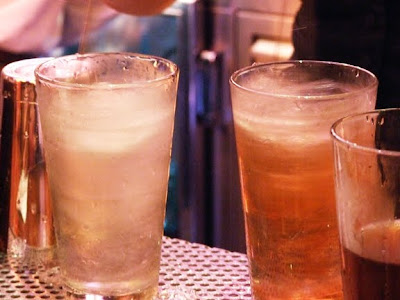 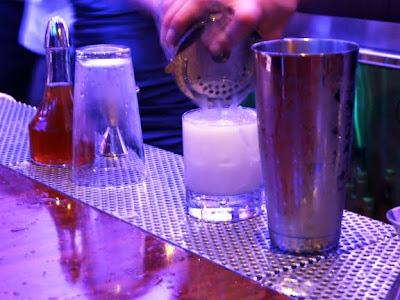 At our corner of the bar, Boston's charming Misty Kalkofen busted some serious behind, shaking and stirring cocktails two at a time all night with a hearty laugh. We tried her menu offerings next, the St. Pierre (Clement Premiere Canne Rum, Green Chartreuse, fresh lemon and white grapefruit juices) was a pleasant beachfront sipper, while the smart and lusty La Revelacion was just that - a revelation. The ingenious potion of Spanish Brandy, Dry Sack, Sherry, Rhum Clement Creole Shrub, and absinthe. Sounds plain stiff, but it was remarkably smooth and palatable. 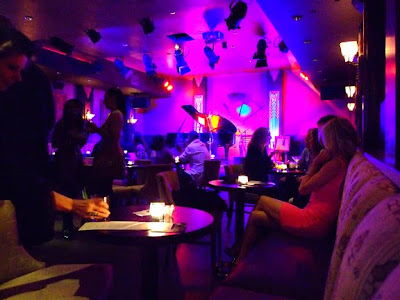 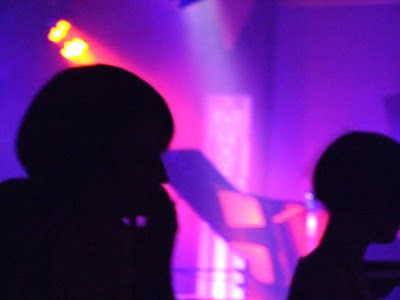 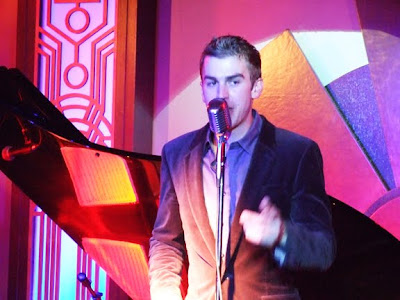 We moved next into the back room, a Guys and Dolls-esque jazz club aptly called the Fedora. A gleaming grand piano held court over the small club while a second bar was stirring cocktails fervently. 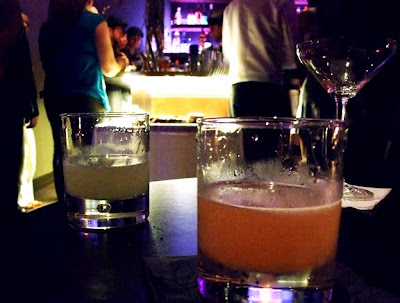 We ordered a pair of Juan Sevilla's spirited libations seated at our corner booth, enjoying the music and vibe. Summer in Martinique was sweet and hot, with Rhum Clement, Habanero-infused agave nectar, Aperol, and fresh lemon. Smokin' Redcoat was a sophisticated layering of Martin Miller's Gin, Carpano Antica Formula and Mescal. Wowza! 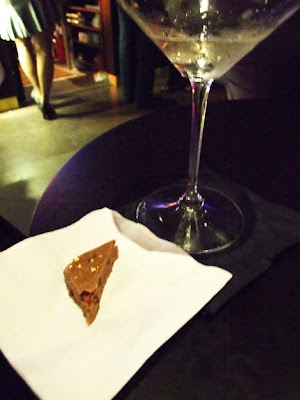 Out of nowhere, a white coat appeared with a tray and the best line of the night "14 karat gold dusted bacon fudge??" Why yes, of  course! 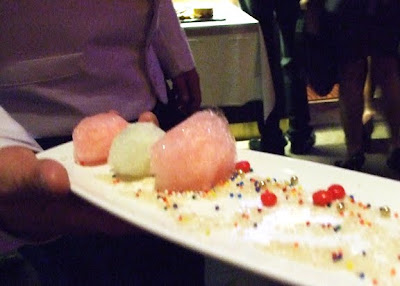 The other most amusing among the hors d'oeuvres were the cotton candy style air-puffed "Jolly Ranchers". Yes, they tasted exactly like those fruity sweet morsels from our childhood. 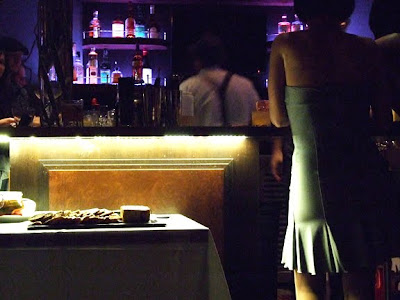 After some more noshing and sloshing, we moved on from the Fedora to the book signing area. Tony was deep in flirtatious conversation with a semi-circle of fans, while co-writer Mary Elizabeth Faulkner smiled sweetly, quietly signing alongside. While Tony didn't look up when signing my book and misspelled my name, Mary Elizabeth was engaging and even pointed me in the direction of some killer recipes that seemed up my alley. We thanked her for being such a sugar, and with one final lap to thank the bartenders, decided to call it a night. 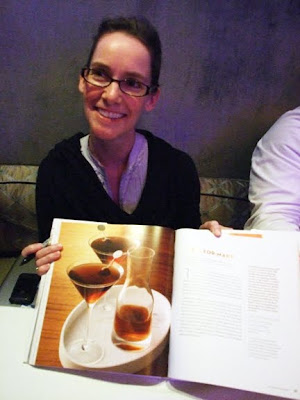 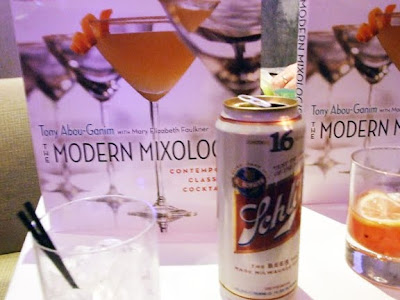 Once outside again we were back in the unassuming quiet corner of downtown. The Walt Disney Concert Hall and Ahmanson Theatre glimmered beyond the fountain as we smiled at our fortune for such a lovely and unexpected night. 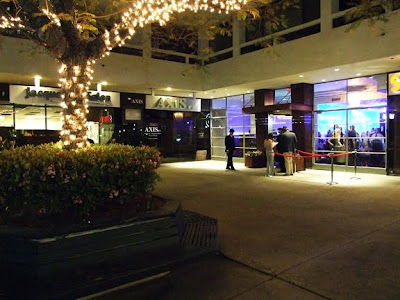 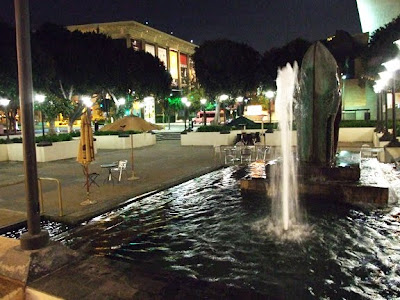