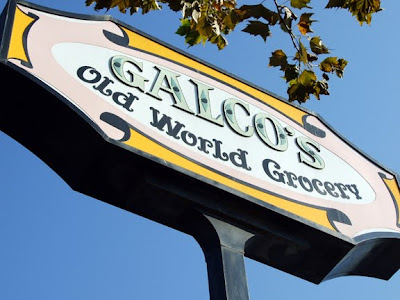 My favorite LA neighborhood of late is definitely Highland Park, the residential, small towny Latin wedge of Northeast LA nestled in the shadow of the Mt. Washington, San Rafael, and Monterey Hills, and bridging South Pasadena, Eagle Rock and Downtown. It is one of the oldest settled areas of Los Angeles, and also one of the most scenic, home to "urban oasis" Occidental College, and hosting a quiet youthful cultural burgeoning, especially along York Blvd, with hits such as -aptly named- the York, Good Girl Dinette, Johnny's Bar, or the countless taco shops on wheels, like the infamous La Estrella Taco Truck.
The true hidden gem is a quaint aged supermarket housing the hugest selection of sodas... maybe anywhere! Behold Galco's Soda Pop Stop. With a historical seal of recognition from the city and countless appearances in print and on TV (AARP, Westways, and Sunset magazines, "Visiting With Huell Howser" on PBS, The Food Channel's "Unwrapped", CBS "Sunday Morning" and "Modern Marvels" on the History Channel), Galco's has been a Highland Park mainstay and attraction since the 1950s. 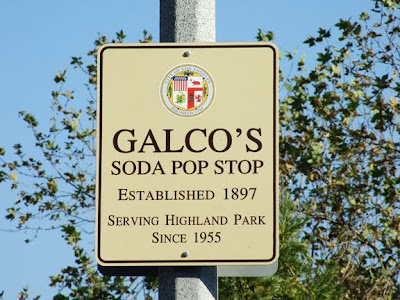 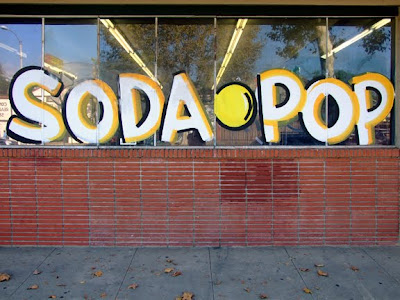 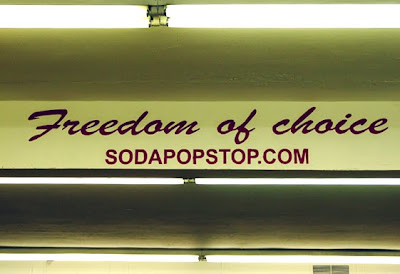 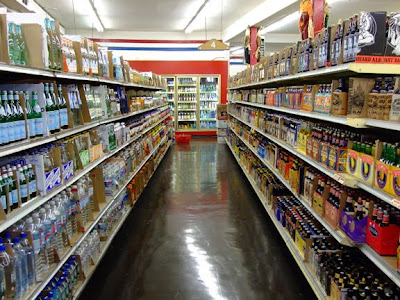 Like a childhood dream, Galco's interior is a wondrous sight. An entire supermarket, shelves stocked with sodas of every flavor, color and origin. Produce cases lined with old time candies. It's the real Willy Wonka - a modest incarnation, but fully-flavored. 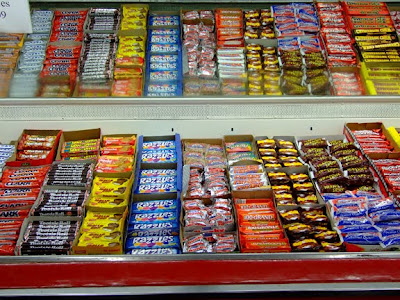 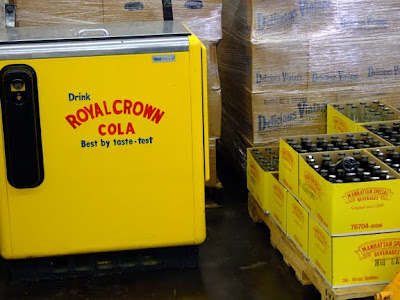 A stack of cardboard crates near the door encourages you to start collecting as you explore, which is as much fun to dig into as enjoying the booty itself. From botanical (rose, violet, jasmine, cucumber) to Cheerwine to Colombian "Kola Champagne" to Moxie... if you've heard of it, Galco's probably has a case somewhere. 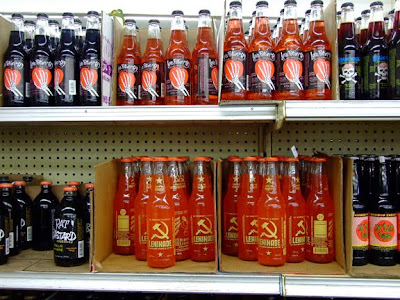 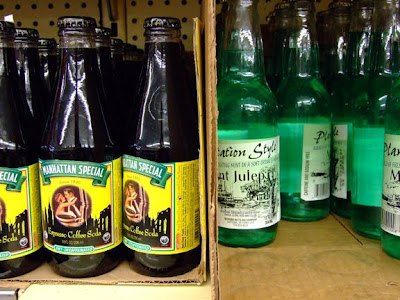 Manhattan Special is one of my favorite discoveries - a real espresso coffee soda - The O.G. Coke Blak! Delicious sparkling espresso caffeine goodness. The neighboring Plantation Style Mint Julep is another popular Galco's selection, a sweet Kentucky virgin julep, ready to be enjoyed out of the bottle or mixed with your favorite bourbon. 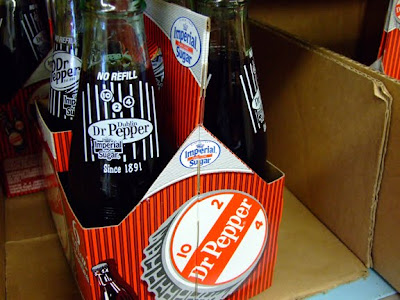 Dublin Dr. Pepper is an easy-to-overlook treasure, besides being the oldest Dr. Pepper bottler in the world, Dublin (Texas) Dr. Pepper also has the distinction of being bottled with Imperial Pure Cane Sugar - the original Dr. Pepper formula. 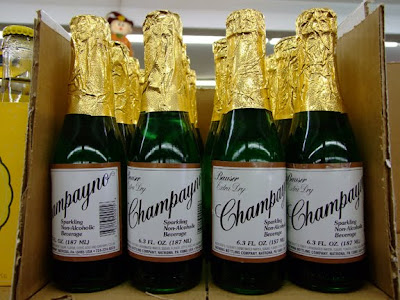 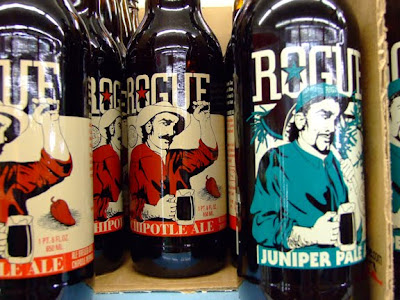 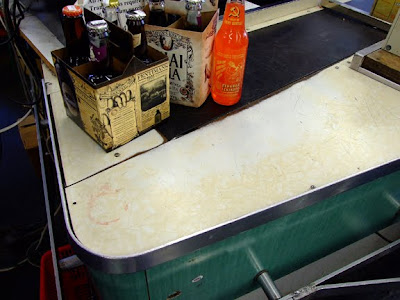 So what are some other top findings? 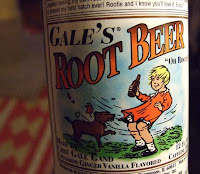 Though there are more than 100 ginger/root/birch brews to wade through, my favorite of the root variety so far is Chef Gale Gand's small batch Gale's Root Beer, with satisfying cinnamon, ginger, and vanilla layers. Other root goodies include Abita, old-school Faygo, Olde Rhode Island Molasses Root Beer, and of course classic Dad's in the bottle.

A must for any Galco's visit is one or several of the Fentiman's family of products. Botanically brewed using 100% natural ingredients, Fentiman's produces top-quality apothecary elixirs, possibly best known for their invigorating Curiosity Cola (which I have found to be a magical hangover cure-all), but noteworthy are also their Shandy (0.5% ABV; the only Shandy brewed and bottled in the US) and Dandelion & Burdock brew.

The next time you're stumped entertaining out-of-towners, need an all-ages activity, first date plan, looking for a creative gift, or just plain thirsty... Take a drive to Highland Park and let John F. Nese and his staff brighten your day with a mix-n-match six pack o' sparkles. 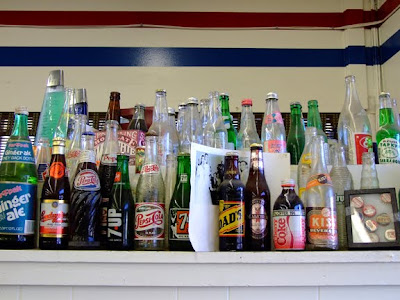