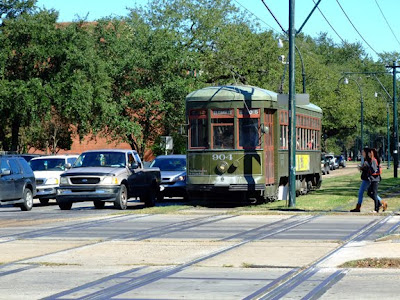 Departure day was finally upon us... But that just meant more to squeeze in before heading to the airport! So much still to see! Michael and I took the historic St. Charles Streetcar to New Orleans' famous Garden District for breakfast. The trees along the avenue were covered in Mardi Gras beads from parades past and shimmered like jewels in the morning sun. 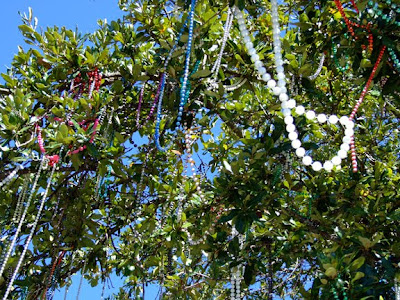 The Camellia Grill is a classic comfort food institution in these parts, known for its crowded snaking single counter, fast friendly service and fluffy whipped egg omelets. The room was bustling and loud, filled with laughter and clanking plates. 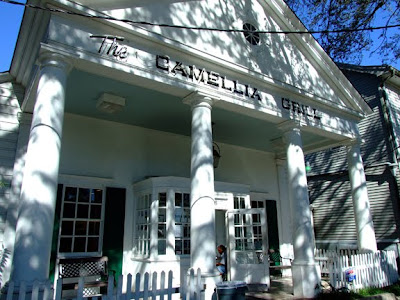 Once seated, our server "Sleepy" (with half-mast eyelids which I assume were his namesake) laid his sharp comedic presence upon us and shouted our orders to the open kitchen as soon as they passed from our lips. It was a sweet morning for me, I ordered the Pecan waffle w/ cane syrup, side of sausage, and coffee. Michael ordered a veggie omelet and side of grits. The waffle reminded me of Waffle House but better, and Michael's massively tasty omelet made me reconsider omelets as potentially awesome (generally a bore to me). We were full and happy, woken up from the friendly rapport and a hearty breakfast. 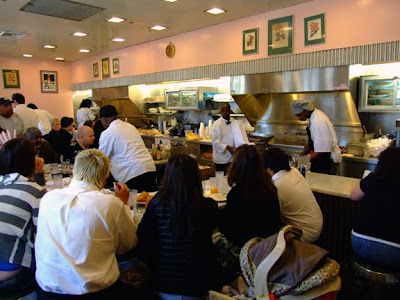 After our meal we got off the streetcar at Washington Ave and strolled the streets of the Garden District, taking in the incredible architecture of the mansions, a blend of American Greek-revival and Creole French styles. We passed Anne Rice's home and the cornstalk fence, eventually finding Lafayette Cemetery Number 1, just across the street from the infamous Commander's Palace. 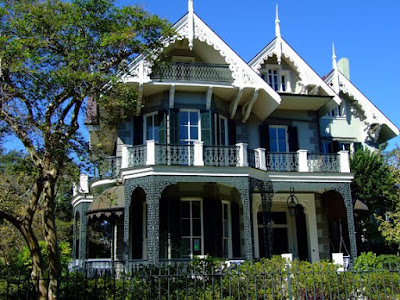 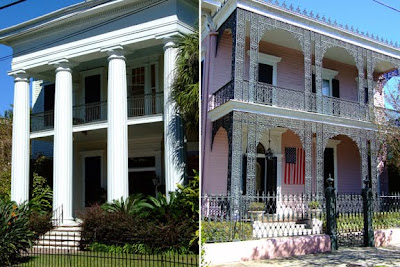 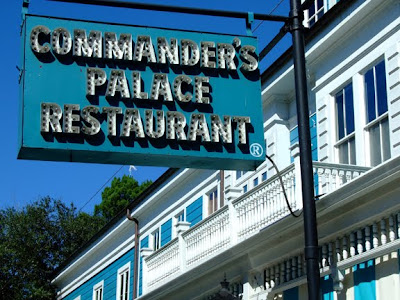 Luckily the gate was open, so we got to explore the cemetery (popularly known as one of the locations for Interview with the Vampire). The above ground tombs were gorgeous... 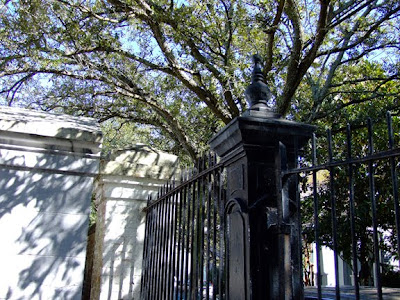 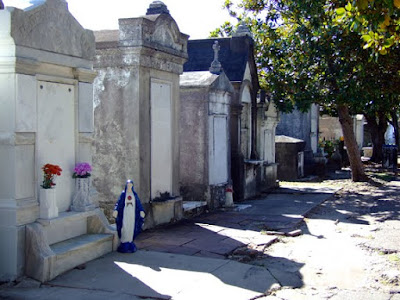 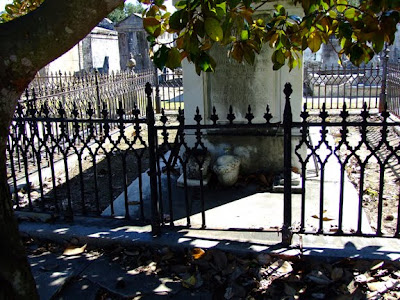 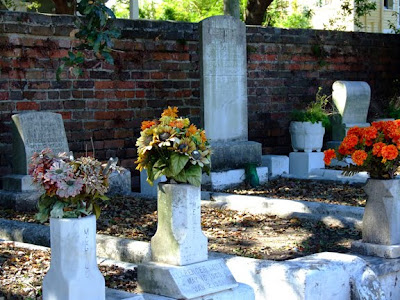 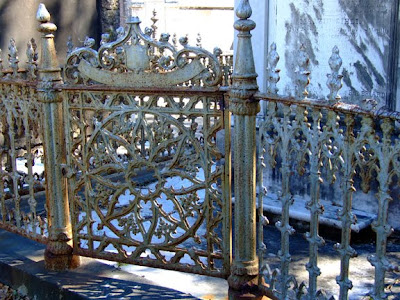 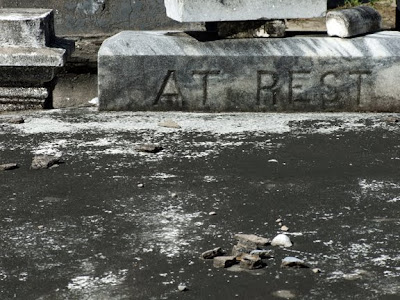 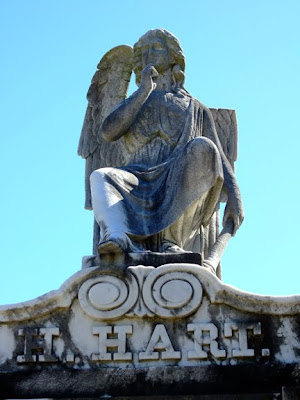 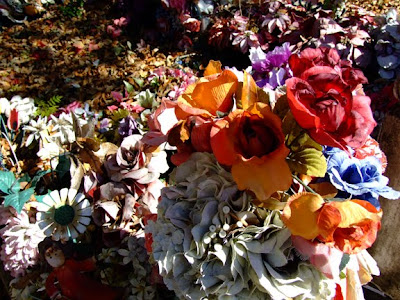 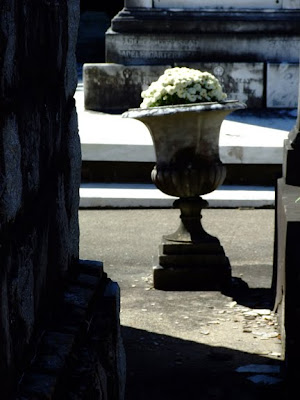 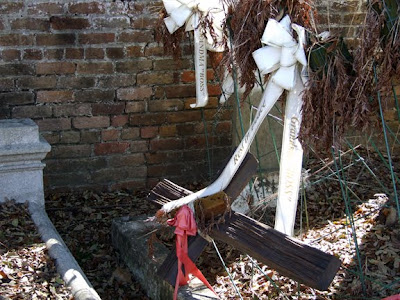 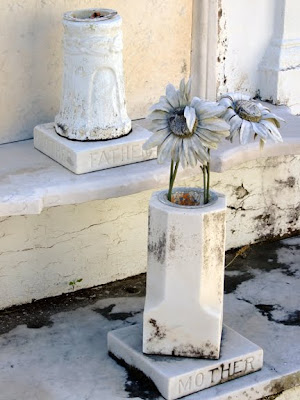 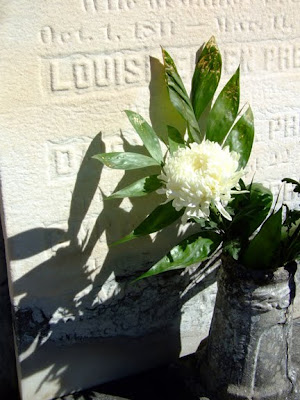 We took the streetcar back to the French Quarter to meet the guys for our last hurrah at the world-famous NOLA staple Café Du Monde. 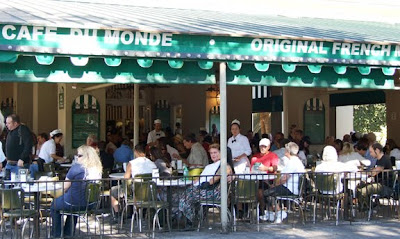 I'd been looking forward to this from day one! The scene is always crazy at Du Monde, a large covered patio chock full of tourists, manned by a quick waitstaff. 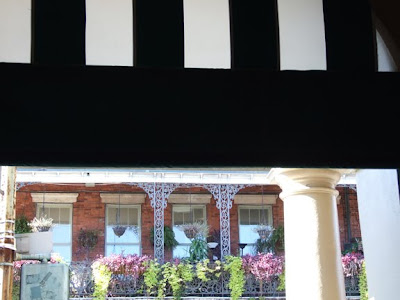 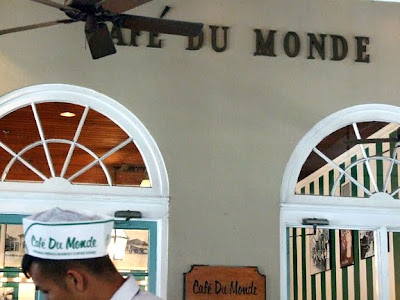 Though I have a can of Du Monde's chicory coffee in my freezer back home, I was excited to have the authentic Du Monde café au lait from the source. [History: The taste for coffee and chicory was developed by the French during their civil war. Coffee was scarce during those times, and they found that chicory added body and flavor to the brew. The Acadians from Nova Scotia brought this taste and many other french customs (heritage) to Louisiana. Chicory is the root of the endive plant. The root of the plant is roasted and ground. It is added to soften the bitter edge of the dark roasted coffee. It adds an almost chocolate smoky flavor to the coffee.]
The other half of the Du Monde equation is the beignet - a square, French-style puffy doughnut, piled with a mountain of powdered sugar. Perfect duo for an afternoon blood sugar overdose. 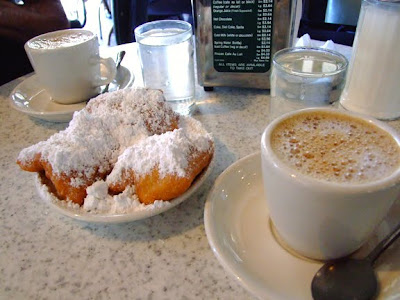 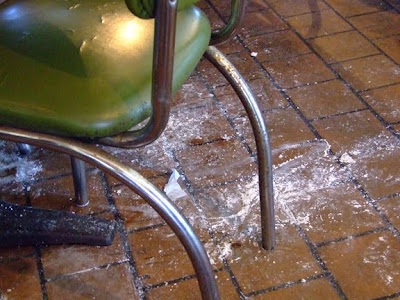 (Obviously hard to keep on your plate! The entire place was coated in sugar..) 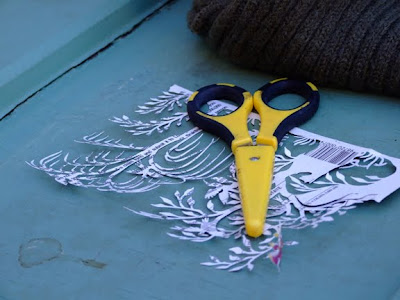 After our afternoon treat, we made one last sweep down Decateur for last minute souvenirs and most importantly a stop where local paper-cut artist Jack Wittenbrink sells his prints street-side. These guys have been keeping Jack in business for years, with small collections at home of his whimsical landscape cross-sections of NOLA graveyards and bogs, filled with knotted roots, wild creatures and skeletons galore. The perfect keepsake encapsulating the vibe that is New Orleans, I carefully tucked my print into my suitcase alongside my Halloween costume, and readied myself for saying goodbye to the St. Philip.
With only 30 minutes left, Michael and I decided we were actually starved. We literally ran several blocks to grab takeout at the Verti Marte ("real food for real people"), a no-frills 24-hr deli in the back of a corner market nearby that had been recommended by a friend. I got red beans and rice with sausage, a massive portion that I would barely dent before the cab arrived. We ran back and sat at the table in the St. Philip's courtyard, cheers-ed bottles Abita Restoration Pale Ale and scarfed down our last NOLA meal...

I may not have gotten my drive-thru daiquiri or hung out at Jean Lafitte's Blacksmith Shop.. but I knew in my soul I had experienced the real New Orleans. And besides, if I did everything, what would I have to look forward to for next time? I exhaled pensively as the swamps flew past once again heading back to the airport, the late afternoon sun illuminating their Spanish moss halos. I closed my eyes, imprinting the moment indefinitely.