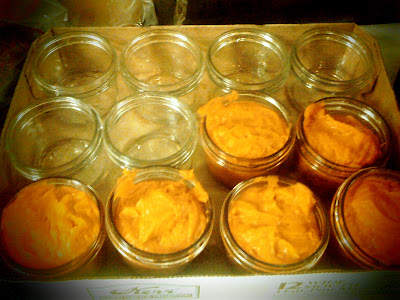 Every year 'round the holidays, I get a box in the mail that makes my season. It is generally filled with a couple of modest mason jars with handwritten labels. The fresh fruit butters, preserves and sauces filling these jars are always the most divine I've ever tasted. Nicole has never let me down! So for the holidays, I asked my favorite chef if she would share some of this year's secret recipes (and damn do they sound good!), and her canning tips. Without further ado, a gift to you, a guest blog by Nicole:

4 years ago, living at home due to a life I thought I could no longer handle, I decided the best therapy was to teach my self a new skill. I wish I could say my love of canning was passed down through the generations, but in reality I learned from the back of my mom's 70's copy of Betty Crocker. It took one giant batch of tomato sauce and enchilada sauce and I was hooked. Thus began my annual canning adventure. Last year's undertakings included salted caramel pear butter (a hit! But I gave the recipe away to someone who then canned it and passed it off as her own!) blackberry jam from berries I picked, port roasted plum, and quince. This year I've chosen 5 things (and that was narrowing it down), and I always do small enough batches so that everyone gets something different. Batch one was bourbon yam butter and roasted pear rosemary butter. I have the advantage of working in a commercial kitchen, which does make things easier, but it can be done at home! Here are some of my tricks:

1) Sterilize sterilize sterilize!!!! A dishwasher works really well, or else in the boiling canning liquid for 2 minutes. Everything goes in rings, seals and jars.
2) Wipe the edges down pre sealing (an extension of sterilizing)
3) Keep the water boiling!!
4) Use the right stuff (new seals always!)

I got my canning pot at a hardware store but have since potted a ton at thrift stores, it will ideally hold 9 jars and be pretty deep. I usually buy a new case of jars for each product and that includes all the pieces, but jars and rings can be reused, only the seals have to be changed and they are pretty cheap. Canned items will last years but these recipes will also keep 2 weeks tightly sealed in the fridge. 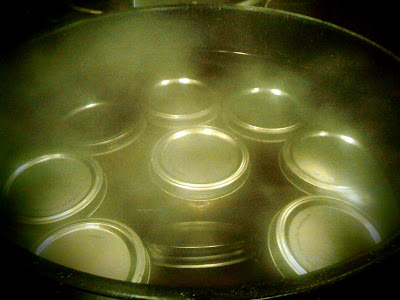 For more extensive canning procedures, you can check out the following in-depth articles:
Using Boiling Water Canners
Principles of Home Canning
(I find these a little TOO in-depth, but found this simple Sunset feature helpful) 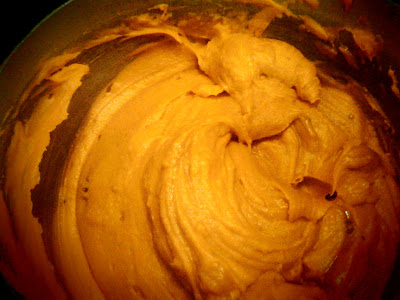 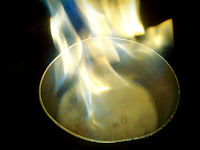 4) combine bourbon and spices, heat until boiling and then reduce or ignite if using a gas stove (this rapidly reduces and concentrates flavor )
5)combine yams, reduced,strained bourbon, and brown sugar in a large pot
6) cook until sugar melts and becomes incorporated
7) add the hot mixture to sterilized jars and wipe edges clean, place seals tightly on and then put rings on and tightened. place jars in boiling water and boil rapidly for 35 minutes adding water if necessary
8) remove from water and cool. when completely cool the center of each lid will be slightly depressed 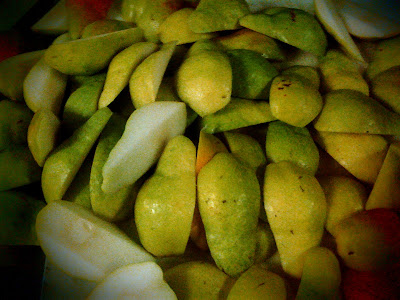 1) fill canning pot with water and bring to a boil
2) combine rosemary, sugar and water and cook until all sugar is dissolved, set aside
3) dice pears skin on and roast until golden brown
4) puree pears with rosemary simple syrup until smooth
5) cook mixture until hot
6) add the hot mixture to sterilized jars and wipe edges clean, place seals tightly on and then put rings on and tightened. place jars in boiling water and boil rapidly for 35 minutes adding water if necessary
7) remove from water and cool. when completely cool the center of each lid will be slightly depressed 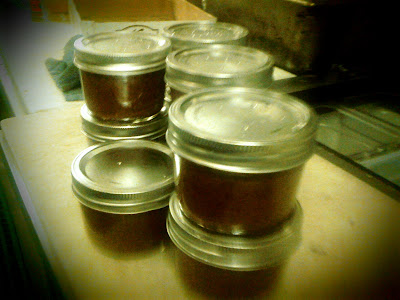