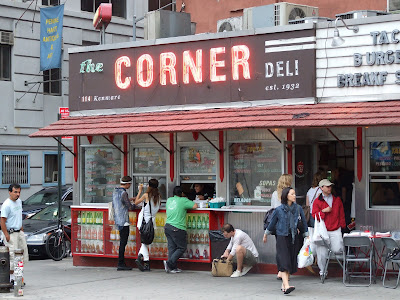 I've heard of the infamous La Esquina for years.. An unassuming taqueria with a secret down its tiny kitchen's back stairwell: a cavernous dining room below the city, touted the best Mexican cuisine in New York.. Having still never been down that stairwell, I can't speak for all of the fantastical claims, but I can confirm that the tacos I had from their street level counter were easily the best I've had in the Big Apple. 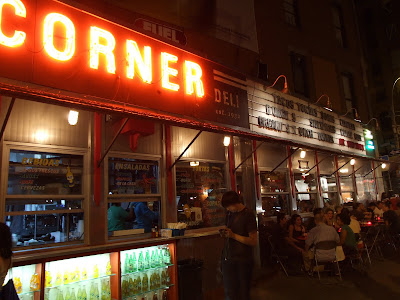 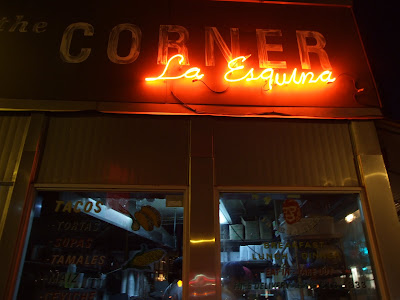 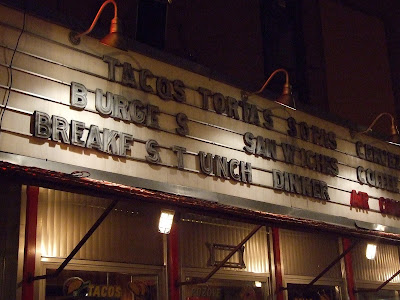 After a long day of indulgence (read: drinking) Labor Day weekend, we stumbled out of Café Select in SoHo ready for a nosh to subdue the demons and carry us through the evening. Like a neon beacon in the night, La Esquina appeared to me as if conjured, its siren song (and fragrant grills) beckoning me. Nearly getting hit by a cab, I made it across the street to the wedge block island La Equina resides on. Within minutes I had Elotes Callejeros (Mexican grilled corn on the cob) and hot tacos in hand, the bustling street scene all in on the action. 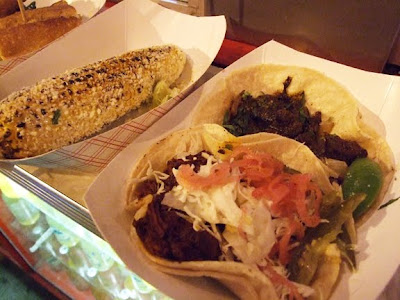 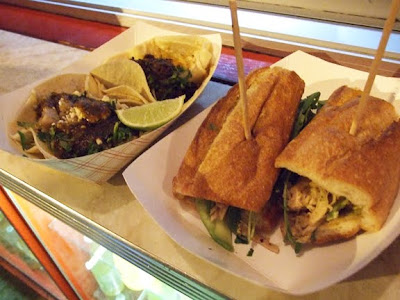 I devoured my Bistec taco immediately (char-grilled skirt steak, charred onions, cilantro and salsa de chile de arbol), honestly remembering little about it! The first bite of my next taco on the other hand may stay with me forever. La Esquina's Cochinita Pibil is something that dreams are made of (savory pulled pork, shredded cabbage, habanero pickled onions, jalapeño). Equally spicy, sweet, and savory, the pickled onions leaving a tart kick to finish.. it is perfection. I took a bite of Mikey's Pollo Rostizado torta (organic rotisserie chicken, arugula, shaved onion, tomato, avocado, chipotle mayo), and as good as it was, immediately went back for more Cochinata Pibil, and debated getting in line for another. Within moments though I was whisked off again to head back to Brooklyn for more debauchery, the taste of perfection still on my lips. 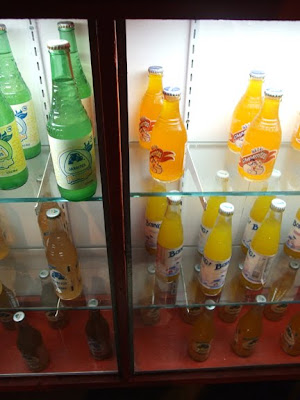