Voyager Bien: In the City 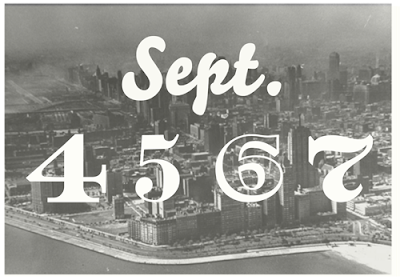 It started with a cryptic postcard many months ago depicting a sooty Manhattan of yesteryear with only the text "Sept 4 5 6 7". This wasn't terribly abnormal however coming from our host, the elusive and quietly winning brilliant Russian artist (and forever cohort) Ksenya Samarskaya. I didn't question it, I booked a flight.
As quietly as I slipped away one year ago (following the trip Ksenya and I took to St. Petersburg), I stepped out of JFK's new Terminal 5 facing Eero Saarinen's 1962 Jetsons-chic TWA terminal, the blue sky and tamed sun a balmy relief from LA's smoky wildfire Hellmouth. I was in New York, and realized I hadn't had much time to even fully comprehend where I was heading. The week leading up spent planning coupled with the excitement about reuniting with a smattering of college friends in celebration of Ksenya's recent elopement (yes, the purpose was eventually revealed) had clouded any thoughts about dining in my favorite dining city. Windows down in the car, wind mussing my hair as the skyline appeared above the Calvary cemetery.. a vision for a weary traveler (afterall, 5 hours of Bravo, Food Network and the Travel channel is hard work). 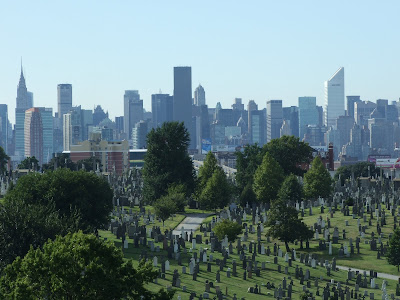 I arrived to my gracious hosts' waterfront loft in South Williamsburg as the sun hit the magic hour, my new 'brother in-law' Mikey at the top of the clunky elevator with a smile. He had been grocery shopping all day for the big event the following night, a "five-bridge-view rooftop extravaganza" celebrating their spring-time nuptials and one-year-old relationship. I surveyed the loft, my sturdy workroom for the next 36 hours as I tied on the sous chef apron for the run of the affair. 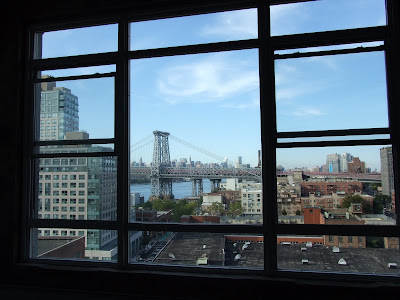 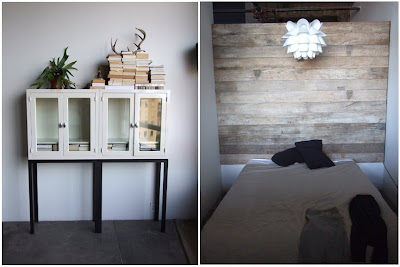 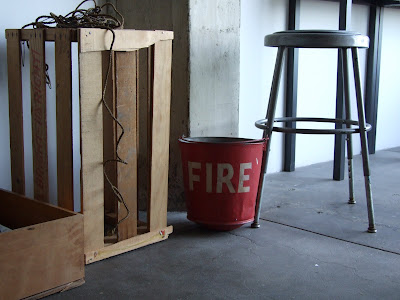 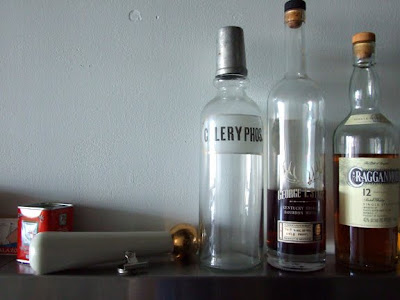 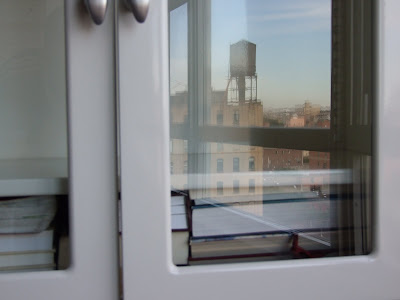 On the living space wall, a giant board resembling something from a bingo hall wore a full party list counting guest RSVPs, milliliters of alcohol, and pounds of meat, heavily scrutinized numerals over chalk erasures. A stack of lists and recipes were on the table. Mikey asked if I wanted to grab some coffee and a bite before diving in. I gulped and accepted.

After a delicious snack, espresso and beer down the street at Marlow & Sons (more on that later), I was ready. Back at the loft, we dug into the icebox and began our prep for the big day tomorrow. The leg of lamb needed to be cleaned up, cut into bite-size pieces and marinated overnight. Never having worked with lamb, the heavy paper-wrapped human-arm-a-noid hunk of flesh brought on my first fragrant challenge. But for a weekend, I was sous chef. Mikey handed me a knife, poured me a 141.8 proof bourbon, and I started on my best meat-carving to date. Bring it on, morning. We'll be ready. 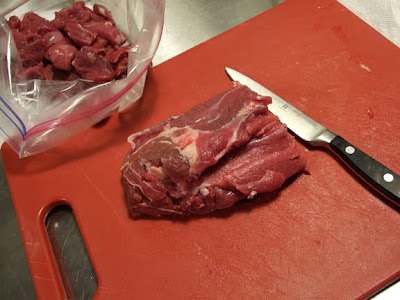 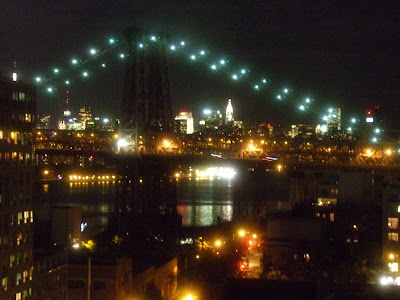