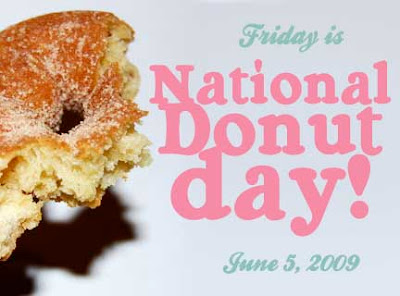 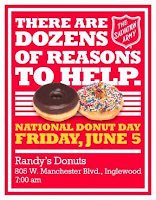 In August, 1917, fighting raged near Montiers, France, as soldiers huddled in camp - hungry, weary and drenched by 36 consecutive days of rain. In a tent near the front lines, Salvation Army lassies made donuts by filling a refuge pail with oil. 100 donuts made that first day were an immediate success. Soon, as many as 500 soldiers stood in muck outside the resurrected tent waiting for the sweet taste of donuts and, before long, 9,000 donuts were being made around the clock. That tent, operated by The Salvation Army, became the first 24-hour donut shop! 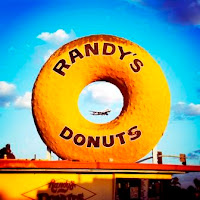 Here is a partial list of participating donut shops in the LA area:

If you crave something a little more.. upscale, check out Grace's National Donut Day tasting menu - A flight of Salted Caramel, Pistachio, and Buttermilk Brown Butter Glazed donuts paired with dessert wines (be still my heart!)..
(Thanks for that tip carolineoncrack and daily dish!) 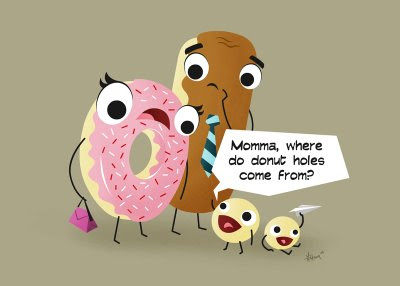 Email ThisBlogThis!Share to TwitterShare to FacebookShare to Pinterest
Labels: donut