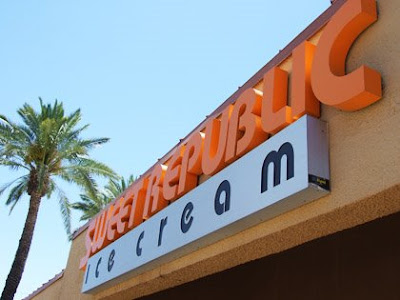 Yeah, gelato is officially the coolest treat around (no pun intended). From Pazzo to Scoops to Bulgarini to Milk, LA has clearly latched on to the creamy ice trend, with admirably imaginative results. Last week in Scottsdale, AZ however, I was schooled that innovative as we may be, LA is far from the only savvy parlor-town around. Called out in the current issue of Bon Appétit, Scottsdale's modest strip mall standout Sweet Republic is noted as one of the nation's hottest spots right now for artisanal gelato and ice cream. And lucky me, I was passing through town. 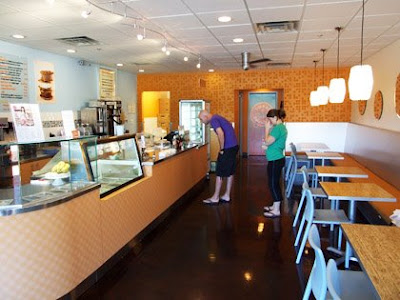 Opened by two investment bankers from New York craving a big-time career switch (catalyzed by 9/11), owners Helen Yung and Jan Wichayanuparp built Sweet Republic upon the simple credo to "start with the purest ingredients [to] get the most flavorful ice cream experience." The selection of flavors in the one-year-old shop the day I visited definitely seemed to support the philosophy, a lustrous display of gelato, ice cream, sorbet and yogurt with descriptions such as "a limited edition blend of grapefruit sorbet and freshly picked strawberry mint." 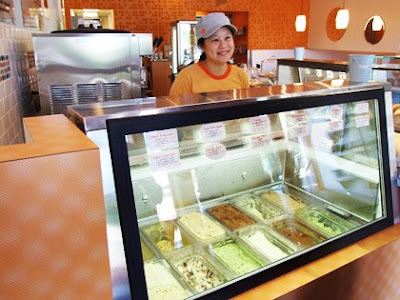 As soon as she overheard I was from LA, Wichayanuparp smiled drolly and asked where I liked to go for ice cream. Scoops came to mind first, and she nodded, agreeing the flavors were smart, but also suggesting that if more of the time spent on experimenting was used to perfect the consistency it would be even better. I paused, having to agree, as she continued to systematically run through LA's usual suspects and note their ice cream's strengths/weaknesses, meanwhile handing me a taste of her literally perfectly balanced and butter-silk-smooth Jalapeño Avocado. I was impressed. Wichayanuparp knew her stuff. And it wasn't cocky how she spoke, more as a thoughtfully critical and protective fan of a precious tradition. 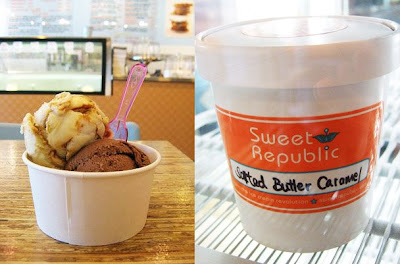 I next had to try one of their most popular flavors, Salted Butter Caramel ("soft buttery caramel ribbons in creamy vanilla with a sprinkle of salt"). I could understand its popularity, this was one of the best ice creams I've probably ever tasted. A iced equivalent to Lark's salted caramel cupcake; pure butter, cream, salt, and caramel harmony. Embarrassed at this point with my collection of tasting spoons, I shyly pushed on, hoping the blog-xcuse would lessen my obnoxious need to taste everything. But of course I missed one of the flavors I looked forward to sampling most, the Cheese Course Duo ("a pairing of Roquefort blue cheese and Arizona Medjool dates")... Not that the taste bud-bursting morsels of fresh Basil Lime Sorbet (YUM) or Lemon Tequila disappointed! 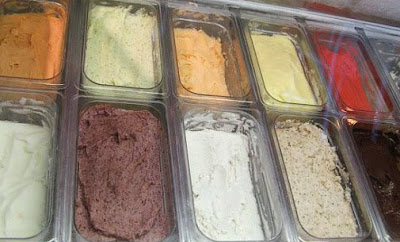 I was shooting for a two scoop/flavor selection, which was like picking two cities to visit if granted a chartered jet. I couldn't decide. The texture and sophistication of the Jalapeño Avocado brought me back, and keeping it Latin, paired it with the fragrant cinnamon-spiced Mayan Chocolate. I was deeply pleased with this vibrant duo! 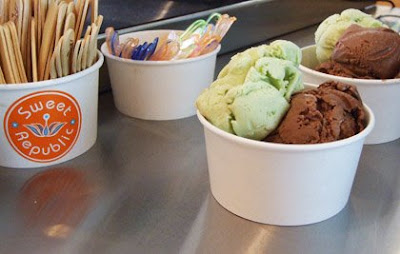 Though I don't often find myself in Scottsdale, I'm sure I will be tempted to swing out of the way the next time I drive through Phoenix en route to Tucson for a sweet stop, especially with seasonal promises like Sweet Corn, Watermelon Sorbet and Blueberry Cinnamon hard-scoop yogurt. Don't let the simplicity of Sweet Republic fool you, the taste truly does speak for itself. 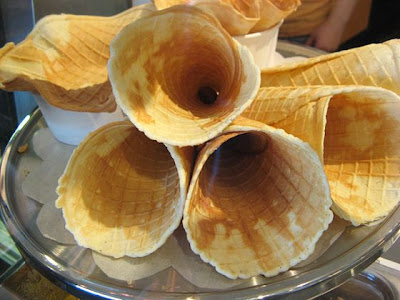 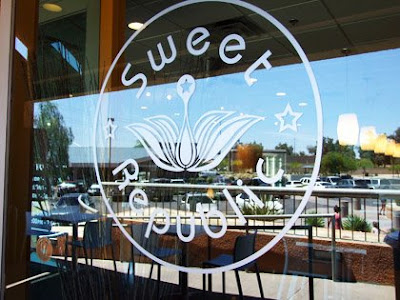