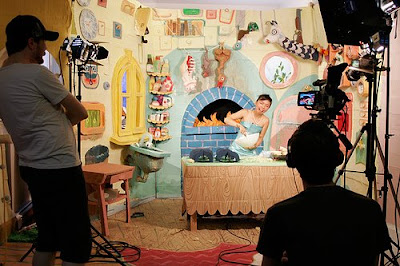 I feel like I may have failed as a food blogger for not bringing up FOOD PARTY sooner.. Behold Thu Tran, mastermind behind the Food Party BLOG (AKA your new bizarro food Bible) and host/creator of the cooking show by the same blessed name. Imagine Tim & Eric producing Amy Sedaris' takeover of the Martha Stewart Show in the unseen kitchen of Pee Wee's Playhouse.. and you're part way there. Check out the series trailer below, and read this charming interview with Thu. 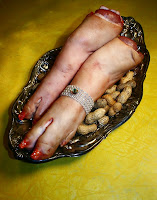 Watch full episodes on the Food Party channel HERE.
And if you're in New York, keep an eye on Thu's blog for special new episode screening events.

Yes friends, you may never look at food the same ever again..