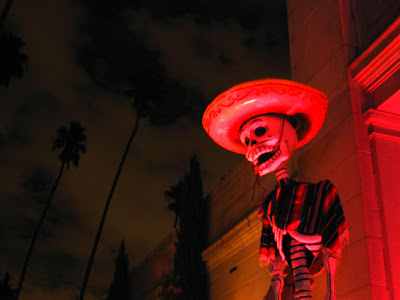 El Dia de los Muertos may just be my favorite holiday. The sentiment surfaced when I was living up in the NW where my withdrawl of Sonoran Mexican culture would pang most around the Day of the Dead. Every year since then I have tried to do something to celebrate the life in death, the Mexican way - be it an all-out fiesta or a simple altar of ofrendas in my home. Since living in LA, I've discovered the rich and vibrant cultural events that span the first several days of November, which seem more like Los Días de la Vida than Los Muertos to me. 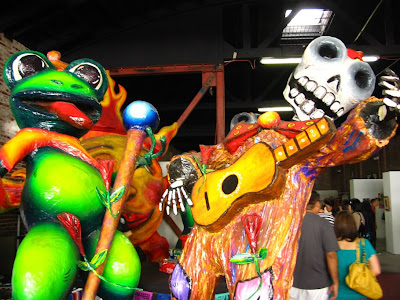 While I attended Hollywood Forever's massive festival on Saturday Nov. 1 for the second year in a row, I found the crowds and queues more daunting than the rewards of the event. The vibe is invigorating and the costumes incredible, but it was the exceptional food and art of Festival de la Gente on Sunday afternoon that hit the spot for me. 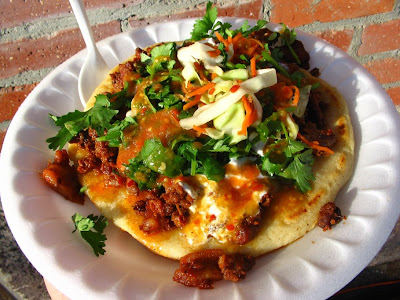 It was there that I enjoyed the best pupusa I've ever had - spicy carnitas covered a seasoned pork and cheese pupusa, fresh from the grill and then topped with spicy marinated cabbage, cilantro, several salsas and crema Mexicana. INCREDIBLE! 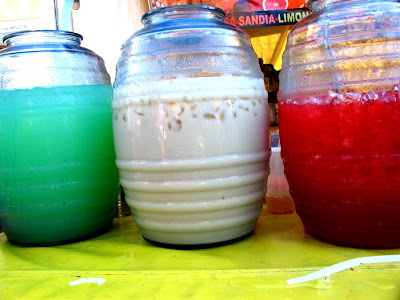 A festive display of aguas frescas, but I went with a strawberry horchata to tame the fire from the carnitas. 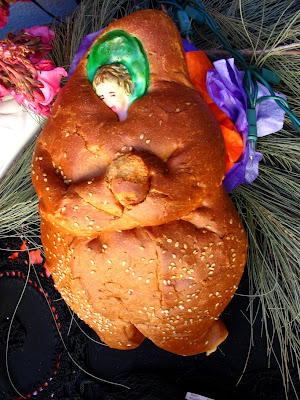 An ofrenda of a Virgin Mary Pan de muerto. 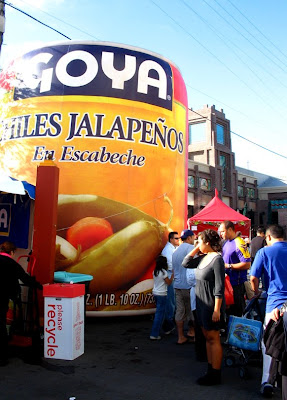 And what luck - the 4th Annual East LA Tamale Festival was happening the SAME DAY. So, I popped down to MacArthur Park where the café-cum-community-building-project and self-proclaimed "tamale capitol of the world" Mama's Hot Tamales hosts the event. 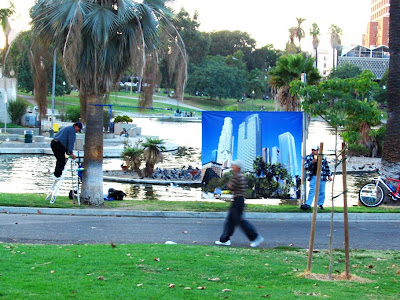 Still full from the pupusa, I enjoyed a delicious champurrado and a "scenic" stroll along MacArthur Lake to attempt working up an appetite. 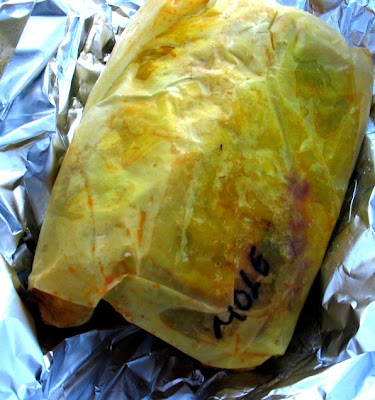 I stopped at the first tent where smiling ladies sold me a delicious steaming chicken tamale with mole negro, then headed over to Mama's to see what International delights she had on the menu. 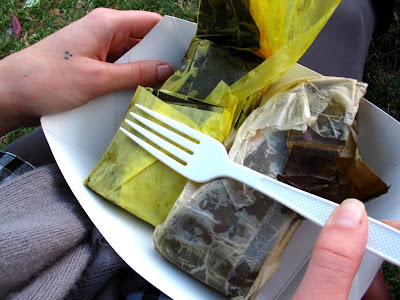 Mama's angle, rather than focus on one region's cuisine, is to showcase recipes from the women who have come through her program from all over Latin America. Mama trains these pupils how to serve fresh food to the public, and thus helps create jobs in the community (read more here). Of the variety offered Sunday, I tried the decent El Salvador chicken which had a mild red sauce, bell peppers and potatoes inside a white masa tamale. It was the Honduras tamale though, made with chicken, olives, raisins, potatoes and rice that tantalized my tastebuds.

I already can't wait until next year. To tide me over, I think I may need to attempt my first-ever tamale making assembly line this New Year's Eve.. I'll keep you posted on that!
Posted by Nathan Hazard